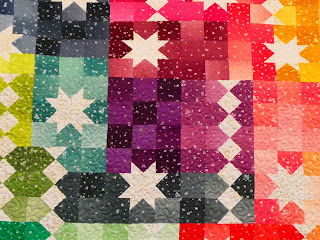 Today our on line launching group got together for another fabulous gathering.  In the US, today, October 31st, was All Hallows Eve, Halloween, and more importantly, the cross quarter day of Samhain.  I am a firm believer that the significant solar dates such as solstice and equinox, in addition to the cross quarter days, pack an energetic punch.  These are great days to do ceremony, get together with like-minded souls, and even spend the whole day in meditation.

We each needed to express an intent as we were lifting off.  Since I had no specific issue at hand, I expressed my intent as “Take me to a place where I need to go”.  That worked very well!

As soon as I launched, I shot up like a rocket.  The next thing I knew, I was going through rings of light, like small hula hoops, one after the other.  They seemed like portals from one dimension to the next.  Everything was going pretty fast, and I did not know if I was perhaps traveling into another universe altogether.

I ended up in a zone that was unfamiliar to me.  I started hearing a very subtle sound, in between a hum and a buzz, but it was not externally audible.  It was all around me, but also in my body.  So very hard to describe.  I labeled it to be an energy and a vibration at the same time.  The word “force” came to me.  This energy was dissolving all matter into nothingness.  I instantly saw how this force could be applied to carving and levitating multi ton megalithic blocks of stone, purifying water, and even manifesting food in one’s hand.

I have known for a long time that we humans had these abilities at one time, as it is in our DNA, perhaps the dormant parts.  I created a second intent for the journey, and asked that whatever parts of my DNA that hold this ability be turned on and activated.

This theme has shown up for me several times before, and in different ways.  It feels like I am putting a giant puzzle together!  I have also decided to spend more time in meditation, now with the days getting shorter.  More may be revealed!