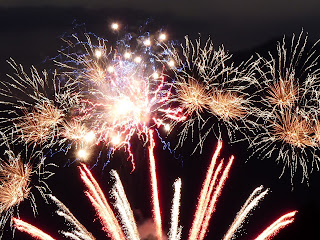 For those of you who prefer to follow the calendar start of the New Year, here we are!  This is yet another chance to review and do a recapitulation of the events of 2016 and to set your positive intent for the coming year of 2017.  As always, take time to express your gratitude and appreciation for everything in your life, remembering that life’s difficulties deserve your thanks, too.  They are part of your Higher Self’s plan for you, and are tools for your growth and evolution.

Happy New Year to all of you.  I am eternally grateful for your support and interest in my work.  May 2017 be the best ever!

Setting Your Energetic Template for 2017 Workshop

After a hiatus of several months, I am pleased to be once again presenting a workshop for Rise Multiversity.  The date will be Saturday January 7th at 5 PM Eastern, 2 PM Pacific time here in the US.  Our topic will be “Setting Your Energetic Template for 2017”.  To register for this important workshop, go here. 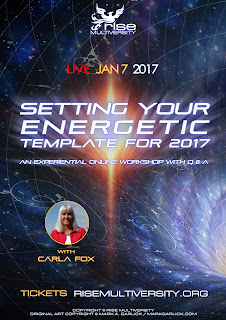 As we move forward into these ever turbulent times, it is important to do so with intent and purpose.  It is necessary to approach each day in the most whole and healed state possible so that you can tackle and resolve in a complete manner any issue that may come up for you.  Please join me for what will hopefully become an annual workshop to assist you in moving into the New Year in the best position possible.

During this workshop, I will be guiding you through processes that will help you to clarify and release what did not work for you in the previous year of 2016.  This might include issues around health, relationships, finances, bad habits, or even any traumas that you might have experienced.   In other words, it is time to drop any energetic baggage that you have been dragging along with you!  Part of the process will also include substituting healthier and more suitable outcomes for 2017.  You will be doing a lot of writing, so make sure you have a pen and several pieces of paper on hand.  Instructions will also be given on what to do with your papers once they are completed.

I will then direct everyone in a guided meditation to create a template for manifesting your highest destiny in this New Year of 2017.  The energy of 2016 started out fairly smoothly, but then erupted into the chaos that we are still experiencing to some extent.   As I intuit deeper into 2017, the energy will shift to one of fracturing, splitting and separating.  We all need to be prepared for this!

We will finish up with a question and answer segment during which time you will have an opportunity to ask me about what was covered in this workshop or any of my previous workshops, including checking chakra removal success in those who did not have an opportunity to have this done previously.  I am really looking forward to speaking with those of you who have participated in my workshops in the past!

The exercises and meditations that I will be guiding you through can be used at any time of the year for the letting go of what no longer serves and then the creation of a new and more positive outcome. Please join me for this workshop to start your New Year out in a positive and productive direction.
Posted by Carla Fox at 1:40 PM No comments:

Closing in on the Winter Solstice 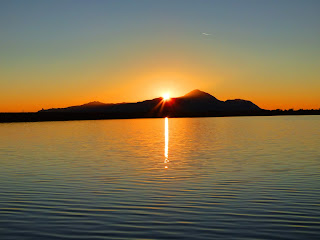 We are rapidly closing in on the most significant energetic moment of the whole year, the Winter Solstice.  Of course, I am writing this post for those in the Northern Hemisphere, as it will be Summer Solstice for those of you down south!  For my Australian and New Zealand contacts, you might want to bookmark this post and refer to it in 6 months time, as the same principles will apply to you then.

I consider the Winter Solstice and the shortest day to be the start of my new year.  It is a natural and organic time when the Sun appears to stop its journey south and begins tracking to the north and the lengthening of days.  New Years Day, on the other hand, is tied to the synthetically created calendar and does not have the energetic potency that the solstice does.

This longest night of the year is the perfect time to create your intent for the year ahead.  Prepare your energetic garden first by digging up all of old, dead and rotted matter from the previous year.  It is time to examine and eliminate what no longer serves you.  Then, plant new seeds of positive intent into the moist fertile soil of your life.  The darkness of winter will incubate these seeds and encourage them to sprout and grow as the days grow longer.

So, some sort of ceremony is in order, whether you join up with a group of like minded friends or do something in the privacy of your own home.  Contemplation and introspection are in order, focusing on letting go of old baggage and planting new seeds of positive intent.  I will be having a group of people here on the evening of the 20th for a fire ceremony, and then taking the 21st off for more personal work.  Interestingly enough, I have recently met several spiritually minded people who are either new to my group or new to the Cortez area.  It feels like my spiritual circle will be experiencing a shift, which is a good thing.  I will also be giving a workshop through Rise Multiversity on January 7th called “Setting Your Energetic Template for 2017” which will include sharing and several group meditations.  More on that as the time nears.

My blessings go out to all of you reading this.  May each of you manifest your heart’s desire for the coming “New Year”!

Last Saturday's interview with Lance White the Zany Mystic has now been archived here.  You can either listen live or download the broadcast.  Enjoy!
Posted by Carla Fox at 9:58 AM 2 comments:

I am very pleased to announce that I will be interviewed once again by Lance White the Zany Mystic on his Internet radio show "A Fireside Chat" this coming Saturday night December 10th.  We will start the interview at 7 PM Pacific, 10 PM Eastern time.  Log onto http://bbsradio.com/afiresidechat to listen live.  If you are not available at that time, the show will be archived a few days later, and I will send out an announcement for that.

We do not have a set topic for the show, but I anticipate a lively conversation with Lance about all things current and timely in the unseen world around us.  Please join us for what is always a very fruitful exchange!
Posted by Carla Fox at 10:21 AM No comments: 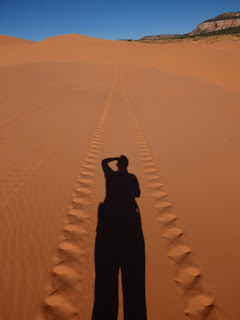 Last night, I went to my Wednesday night Zumba class.  Since it had gotten very cold and the roads were somewhat icy, attendance was not what it usually is.  I positioned myself in the front row, and in this case, there was no one behind me.

As we got into our dance routines, I started feeling an unfamiliar energy just behind me.  It was heavy, solid and had an upright shape, almost like a pillar or post that was taller than I was.  Knowing that there was no such structure in the room, I still glanced behind me a few times just to make sure.  It even felt that if I backed up too far, I would run smack into it!

So about 20 minutes into the one hour class, we had a late arrival.  Let’s call her Kathy.  She is a pretty regular attendee, and is an adult special needs person.  Kathy is what I’d call a big girl—tall and large.  Because of some issues regarding motor skills, she mostly rocks back and forth in place, occasionally moving arms or legs to her perception of the music and the Zumba routines.

Wouldn’t you know it, she positioned herself about 15 feet behind me.  As soon as she did that, my energetic perception of the pillar behind me went away.  I then knew that it was related to her energy in some way, as being an immobile pillar is one of the ways that I would describe her energy field.

What went on here?  I came up with 2 choices, although there may be more.  First of all, as she was coming to class, she may have been focusing on the spot where she usually stands, thus sending her energy ahead of her in time.  Where attention goes, energy flows, and I picked up on that part of her energy field that she had sent ahead.  Secondly, I may have been unconsciously projecting forward in time to when Kathy would have actually been standing behind me.  Now, if I had been sitting quietly in a chair instead of dancing to a funky beat, I would have been able to track this one.  Not saying that both are not true at the same time, either!  As a side note, for the first 3 days or so after my uncle died a few weeks ago, I could feel his energy around me.  It was very soft and loving, and quite nice.

Everyone has the ability to feel these kinds of energies around them.  It helps to live a life with minimal distractions so that you are “tuned in” as you go about your day.  The unseen around you can be very subtle, too, so get used to paying attention to these realms.