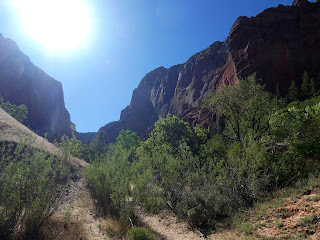 As some of you may know, I have always been a great fan of orchids.  I had been growing them for about 25 years before making the move to Utah.  At that time, I had almost 40 plants under grow lights, but had to leave them behind in Colorado because I just didn’t have enough room for them in my new house.  My dear friend Sandy bought the whole collection plus the light stand, and now those little cuties are enjoying life part of the year in her sun room.

So now, I have to be content with discovering wild orchids near hiking trails, which I have been doing for many years, too.  I keep lists of all of the plants that I find, and have over a dozen orchid species catalogued.  When my botany friend Matt let me know that he had seen a large patch of an orchid that was unfamiliar to me on a local hiking trail, I just had to investigate.

Matt had mentioned this particular trail several times before, but I had just put it on my bucket list.  Now, I had to go! The photo above is at the start of the trail.

The trail is in the very northern part of Zion National Park called Kolob Canyon, and is not that far from Cedar City.  Twenty miles to be exact.  It is called the South Fork of Taylor Creek Trail.  I had hiked the middle fork of that creek many times, and it is very popular.  The South Fork trail is not marked, not maintained, and not official, even though it is fairly well used.  There is even a nice parking lot at the trailhead.  The hike to the end of the trail is only 1.2 miles, but the first quarter is steep up and down repeatedly, the second quarter is mostly up, and the second half is fairly flat through a lot of sand, so it does take a while to go out and back.  I was stopping a lot to take photos, and it took me about 2.5 hours round trip.  The elevation change is about 4oo feet, but feels like a lot more because of all of the ups and downs.

Matt gave me good directions as to where this particular orchid was located and after some of the initial up and downs, I found it.  Platanthera sparsiflora, or the “ few flowered orchid”.  It is a bog orchid, and was found here in a shady area that had been very wet before it dried up a bit.  I was thrilled.  I took many photos.  Keep in mind that wild orchids for the most part are very tiny and not impressive at all.  Here they are. 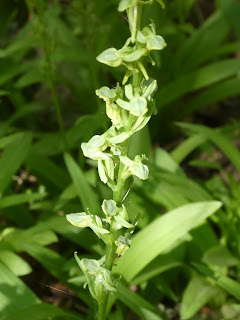 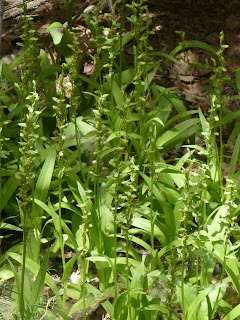 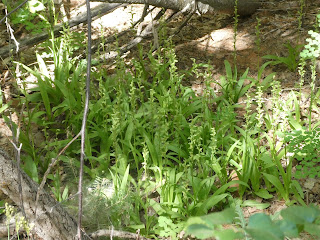 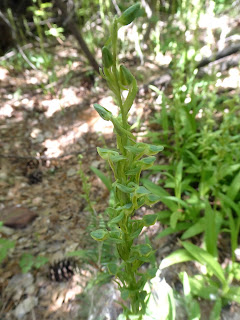 After that thrill, it was onward and upward.  More roller coaster ups and downs, with the steepest part getting up an ancient landslide hill that blocks the canyon. Once on top of the hill, the views are spectacular looking back in the direction of the trail head. 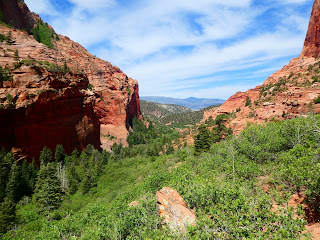 There were lots of interesting wildflowers on this hill, too. 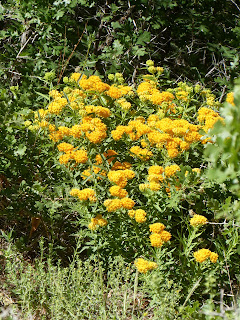 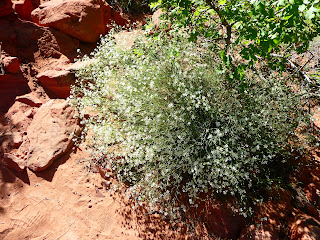 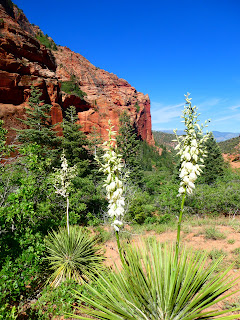 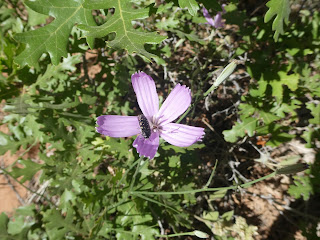 Once the top of the hill is reached, the trail levels out and enters a shady forest with big trees.  It was lovely in there. 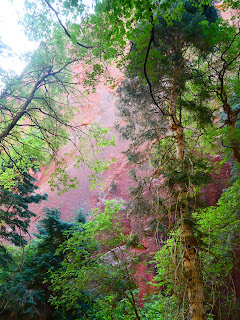 Then, the rest of the hike to the back of the canyon is along a sheer and very tall sandstone wall and in a lot of sand.  Very slow going, but spectacular. 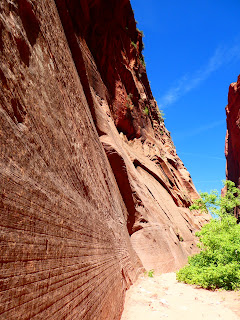 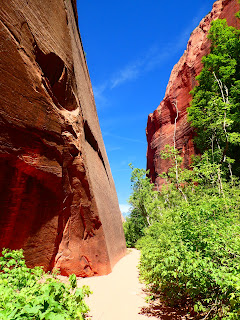 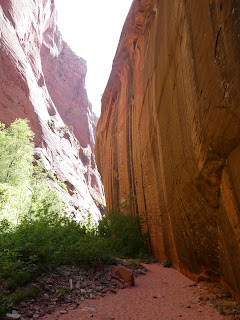 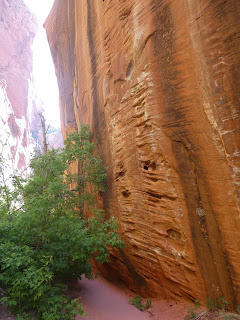 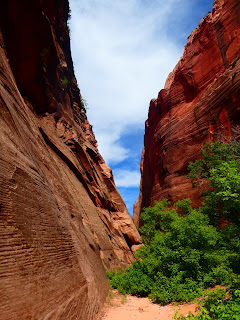 It was a lot easier hiking back down, except for repeating the steep ups and downs again.  Palmer’s penstemon was in full bloom around the parking lot.  Delightful! 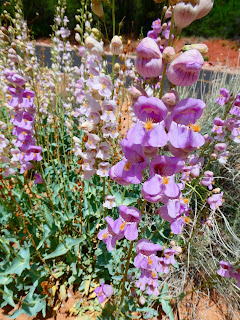 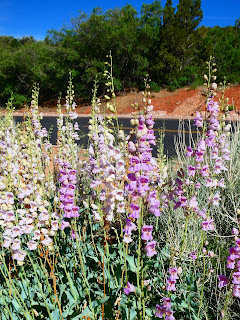