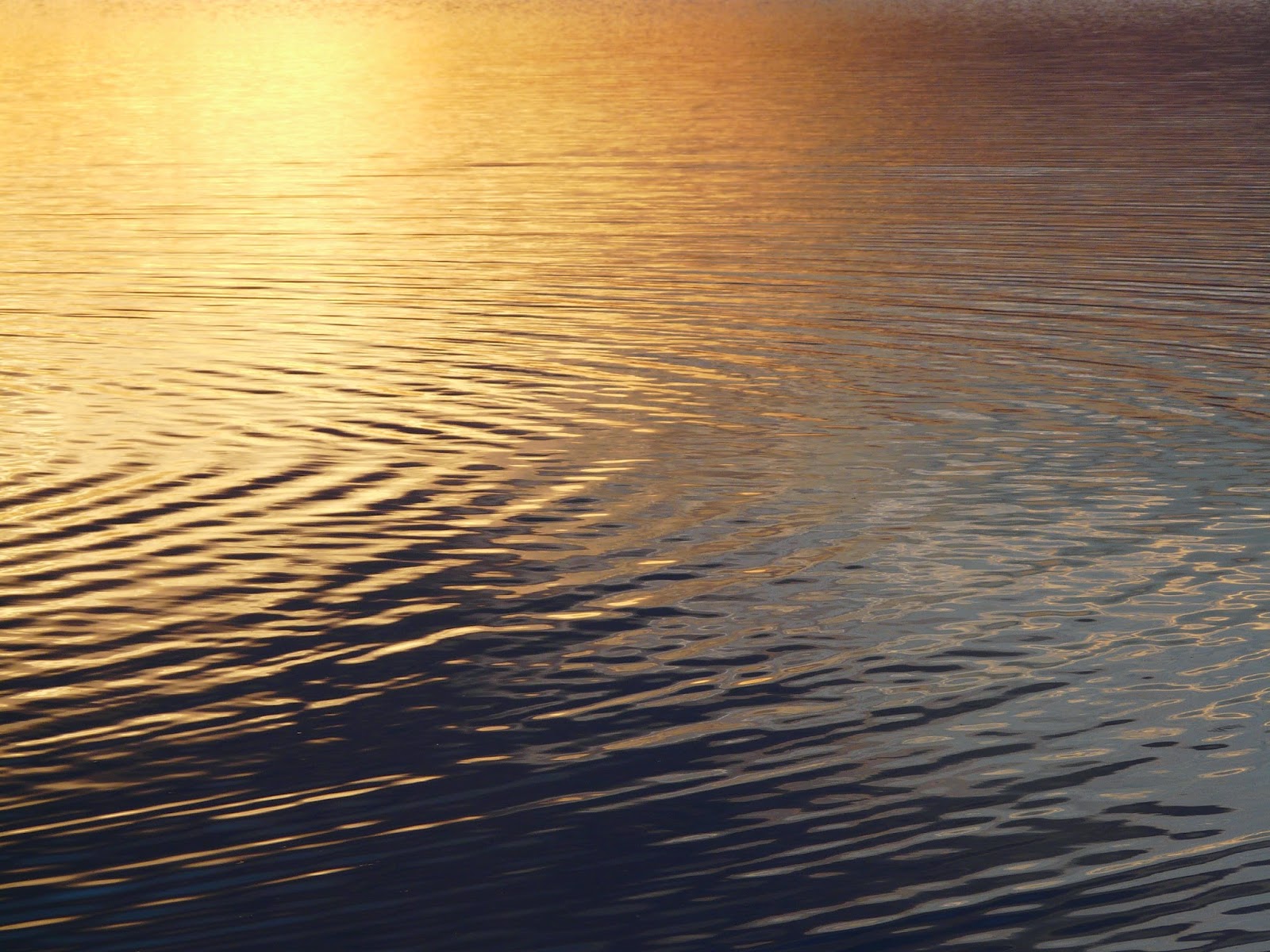 I spent the last 3 days teaching a marvelous group of advanced QSH students.  What a pleasure it was to spend time with healers who were interested in not only enhancing their skills, but also gaining clarity and insights into their own spiritual paths.  The most intense day was Friday, which is always the day during a workshop that I pack in the information.  Things get easier from that point, and by Sunday afternoon, we were all ready for something fun and interesting.  One of the students had earlier requested that we do a launching, and so we split up into 2 groups and had a go at it.  For the most part, there was pretty good success, which is generally not the norm for first time launchers.

As always, you need an intention before being launched so that you do not merely flounder about in the land beyond once you are sent on your journey.  My intent for my launching was to find out where I would go after I leave the 4th dimensional arena for the last time.  Immediately upon being sent up and out by my group, I became a glowing cosmic body, much like a comet, and started shedding smaller particles of light as I went higher and faster.  This action continued until the point when I assumed that all of the shedding had been completed, and my cosmic body was cleared and purified of all heavy energy and any remaining patterning from 4D.

I then hovered for a bit in a dark space just waiting for something to happen.  Very soon, tiny sparkles of golden light started pouring down from my cosmic body.  They spread out below me in a flat plane.  Then, tiny glowing threads of energy began connecting these sparkles as if creating a grid.  Then the grid began to buckle to create hills and valleys.  Then more buckling and the creation of a variety of shapes and forms.  Even though there was probably more to see and experience at this point, I felt complete and returned as my group called me back from my journey.

What did this all mean?  I have recently been fascinated with the process of creating in the physical using some sort of energetic template.  I know that the transmitting and adjusting of the creative templates occurs in the 9th dimensional center of our Milky Way Galaxy, but it was my impression that I had traveled way beyond that location.  Could I have exited this universe altogether?  Quite possibly.  Was I creating another universe?  What fun would that be!  I also felt that the patterns that were being created weren’t in the physicality of 3D, or maybe not even in 4D.  Not all universes contain the lower dimensions as ours does, I am sure.

I am sharing this information because we all have these possibilities and potentials within us.  We are the grand creators of this universe.  It is just a matter of re-membering who we are and what we can accomplish, and also developing the spiritual maturity to use these gifts.  With a snap of the fingers, one could clean up the pollution on the planet, or on the other hand, destroy a whole city.  After I finish up with the beginning level QSH students that are coming in 3 weeks, I am hoping to have a good chunk of time this summer to just sit, contemplate, and meditate.  This type of manifestation is definitely something that I would like to delve into further.  I'll keep you posted.
Posted by Carla Fox at 7:55 PM 1 comment: 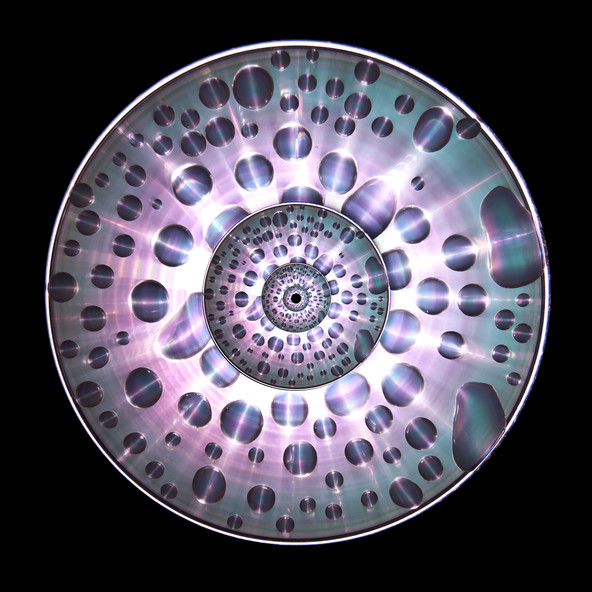 I will be teaching here in Cortez for the next 3 days, so no posts in the mean time.  This will be my first Advanced Quantum Sphere Healing workshop, as there have been enough students who have taken the beginning level QSH class who are now interested in delving into the deeper aspects of quantum healing.  A very intent and dedicated group will be attending, and I expect that most if not all will also take steps forward in their personal healing and evolution.  Myself included!

We will also have a launching during class on Sunday afternoon, which should be interesting since only one other student has participated in that activity previously.  So, I am looking forward to a juicy and interesting time with my people.  If there is anything to report after the workshop is finished, I will do so.  Have a great weekend everyone!
Posted by Carla Fox at 4:34 PM 2 comments: 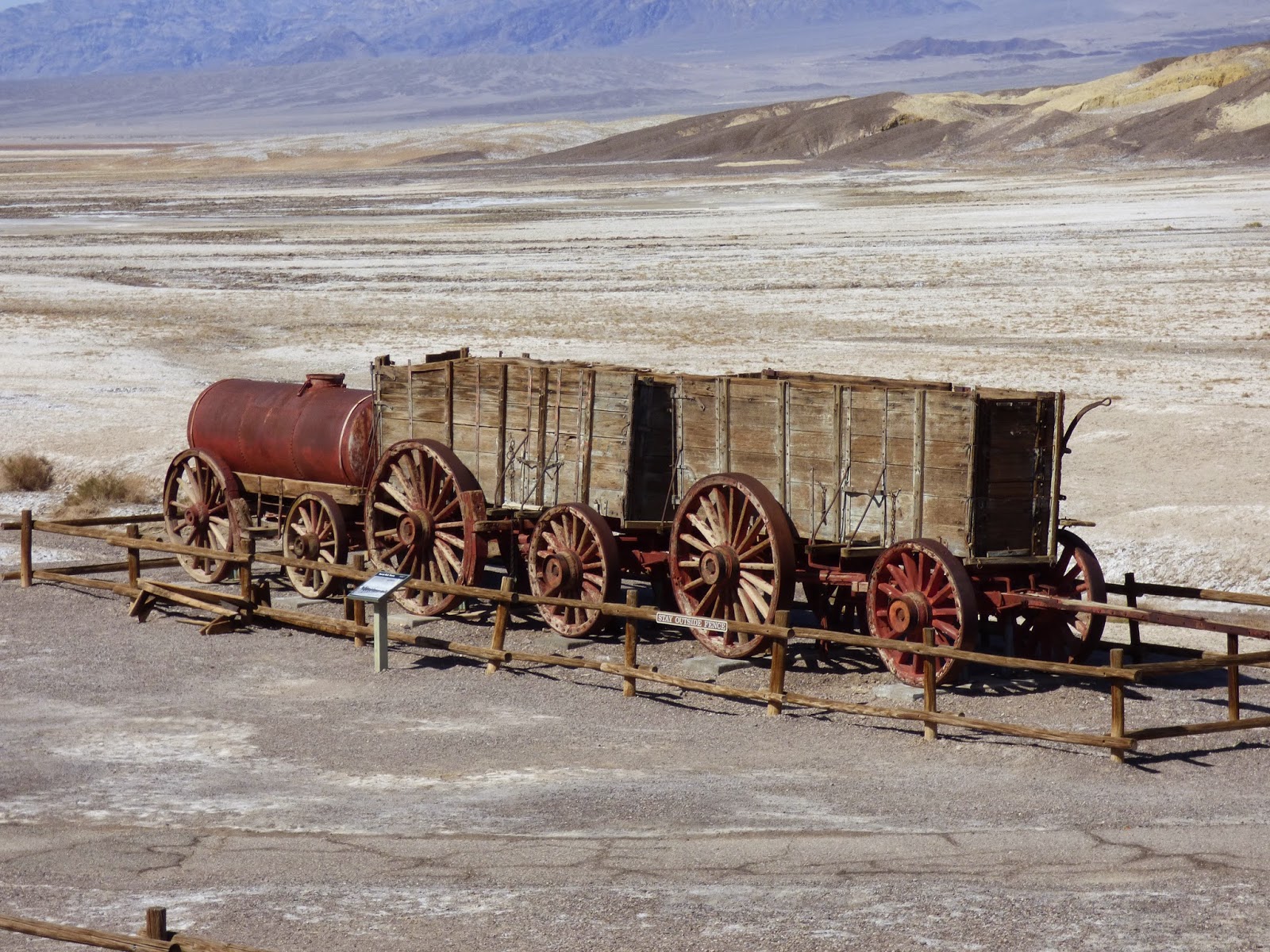 As I write this, I am still basking in the glow of last night’s fire ceremony that honored the very powerful combination of celestial events that occurred yesterday.  Wow!!  Keep in mind that we are still within this unique window of opportunity, so if you haven’t done your releasing and the corresponding positive intent for your future, you still have at least 2 more days to do that.

We had a small but choice group here at my house last night.  The energy that was created around the fire was very sublime and sweet, and I can still feel it today.  My theme for the fire ceremony was to release all expectations and attachments to any people, places, activities and events that no longer serve my spiritual path.  This morning I feel like a big weight has been lifted off of my shoulders.  At one point in the ceremony, I asked to be shown what my path into the future now looks like.  What I saw was 2 sets of train tracks.  I had just jumped from one track to the other.  The old tracks had led my train on a meandering path with many stops, much like a local train would do.  The new set of tracks that I was now on was for the express train.  Fast and straight and right to the destination.  I like that.

I also realize that many of you are not even on your tracks and are instead waiting at the station for a train to pick you up.  Maybe it would be advisable to get on any train that stops at your station and get yourselves going rather than wait for the train that looks good to you.  You can always jump tracks at any time in the future!

Anyway, I thought I’d get this post out before the tasks of the day get rolling along.  Before that happens, I’m going to take a little walk down the irrigation ditch to check on a local bald eagle nest.  Maybe take some photos and enjoy the first full day of spring. 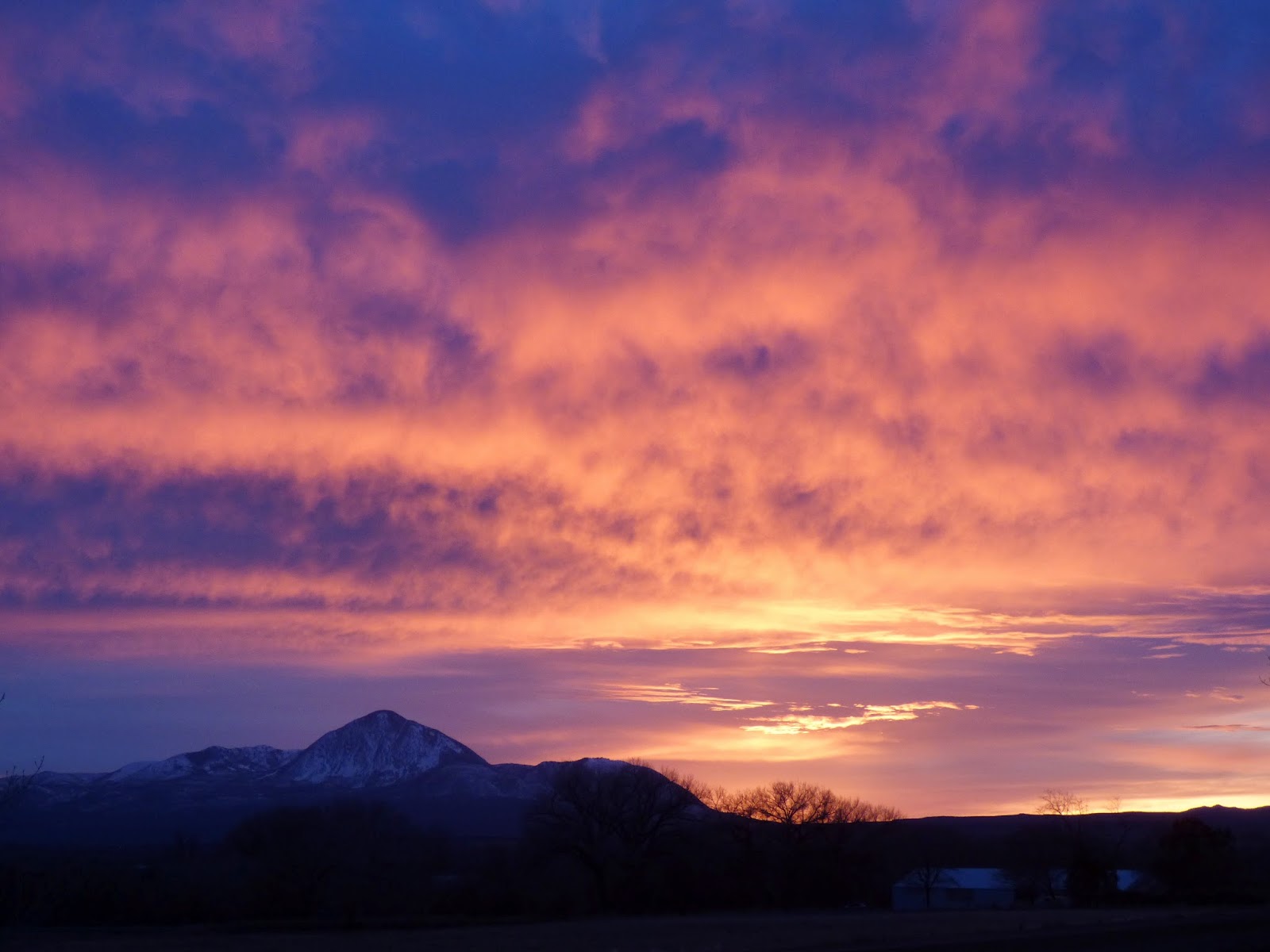 Since coming back from my trip, I have been getting the feeling that something big is coming our way.  Some big change.  I can’t tell you any more than that, partly because I haven’t had the time to meditate on it, and partly because I do not like making predictions.  We are not all heading in the same direction on the same path, so a big change will affect everyone differently.  Some in a positive way and some in a negative way, but all in an important way!

To that end, I am getting really serious about eliminating people and activities that no longer serve me.  Some have fallen away already.  I have also decided to not put much effort into promoting my teaching, and will only be teaching here in Cortez once or twice a year for the foreseeable future.  As I look back on the many years that I have been teaching either shamanic studies or the Quantum Sphere Healing, much effort has been expended by me for the benefit of a relatively small number of students. I do not regret that, as change always happens one person at a time.

I have also been teaching my own programs or facilitating for other spiritual organizations for more than 20 years now.  That is not to say that if someone can step up to the plate and gather up enough students, I will go anywhere in the US to teach.  Europe is out for now.  My focus will continue to be on my clients and assisting them in their evolution and healing.  That is where I have been the most productive. Also writing this blog.  That is a labor of love.

So that is the shedding process that I will be evaluating and implementing for some time into the future.  On the plus side, we have an extremely powerful energetic window coming up on Friday March 20th.  Not only is it the date for the Vernal Equinox (first day of spring), but we also have a new moon and solar eclipse that will occur over northern Europe and the UK.  Check your calendars for the exact times for each in your area.  This will be the perfect opportunity for you to momentarily disconnect, reset and embark on a new path.  Do not feel that you have to have all of your shedding done by Friday, either, as that kind of activity takes time and thought.

This energetic window is too powerful to pass up, so do take advantage of it.  I will be having a fire ceremony here at my house that evening.  This kind of ceremony is perfect for letting go of the old and intending for the new to manifest.  Feel free to create your own ceremony to honor the occasion.  At this time in our evolutionary journey, it seems to be very important for each of us to eliminate that which no longer serves, simplify our lives, and prepare ourselves for the future that awaits.
Posted by Carla Fox at 5:44 PM No comments: 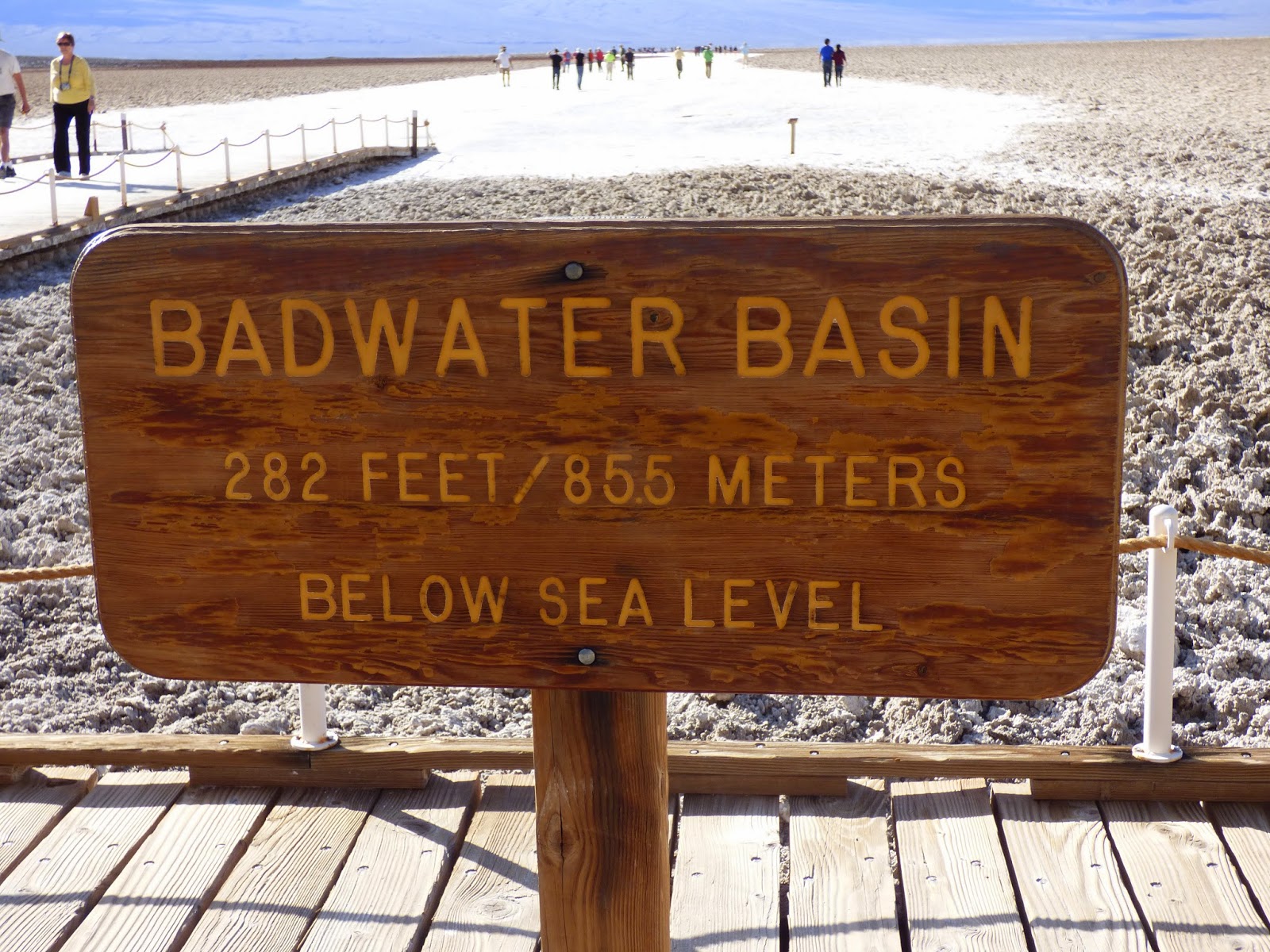 Since I had decided to drive to my travel destination instead of flying, I now faced the long drive home.  Fortunately, I had the whole weekend to get back, so I split the trip into 2 days.  The interesting part is that, in total, I went from the lowest point in North America, which is Badwater Basin in Death Valley at 282’ below sea level, to my house in Colorado at 6350’.  It wasn’t all straight up, however!  As I drove through the Flagstaff, Arizona area, I hit an elevation of about 7400’.  So there was a big up and then the down into Colorado.

Most of the trip was driven on the first day, and since there was no rush to get home, I did a slight detour and drove through Monument Valley on the second day.  The red rock escarpments and spires displayed a glorious contrast between the remaining snow from the recent storms and the deep orangey red rock.  Below is a photo I took as I left monument valley.  Enjoy! 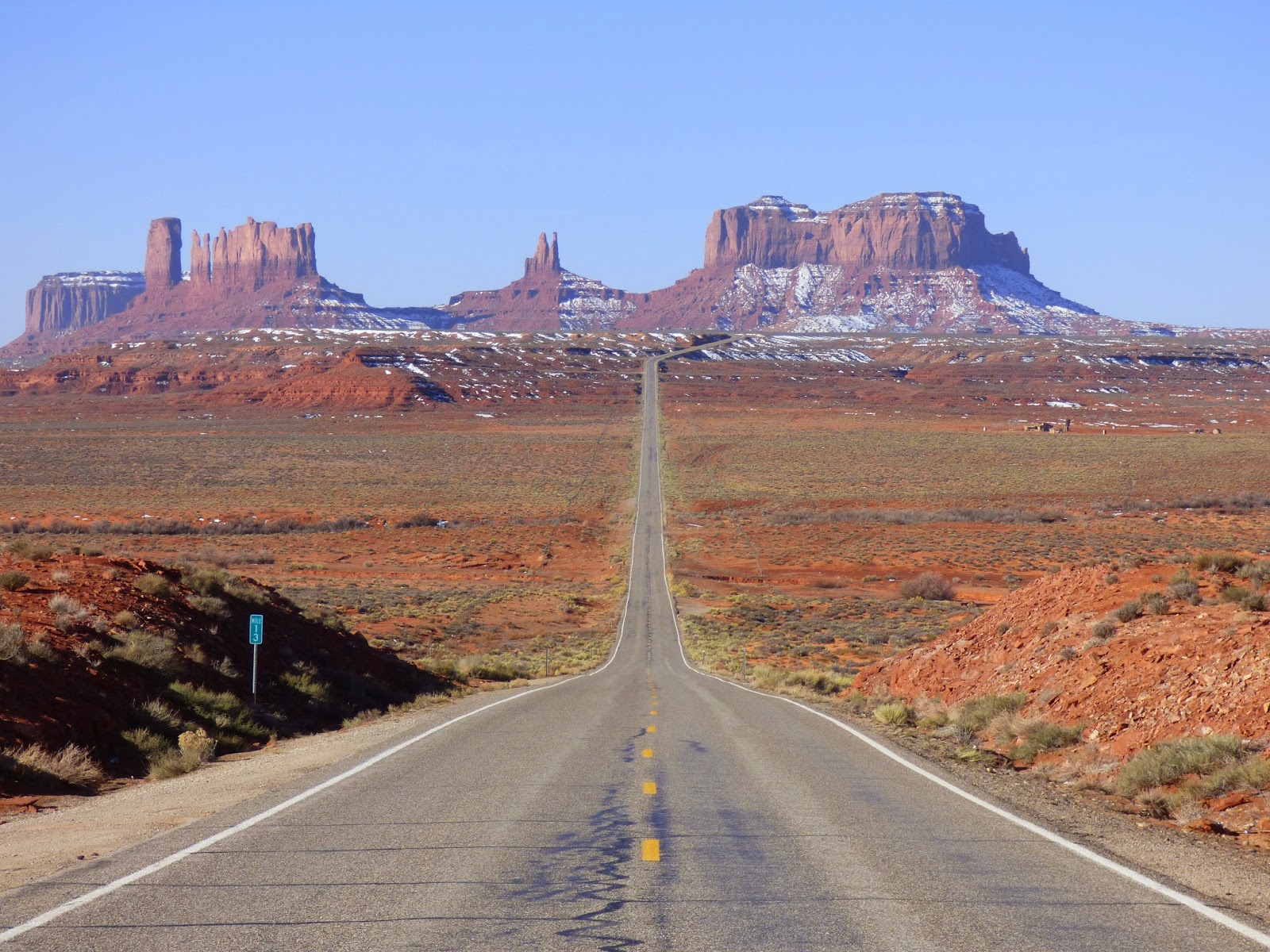