Yet Another Fun Event 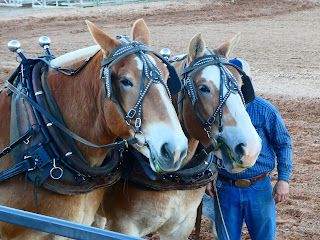 Just when I thought I’d experienced way too much fun here in Cedar City, we had yet another interesting event this weekend.  It was the Cedar Livestock Festival.  This is a really big deal, as the city is surrounded by ranches and farms, and agriculture and ranching has been a tradition since the first settlers got here.  There are the usual horse and cattle ranches, but the main domesticated animal here is the sheep.  The sheep are taken up into the mountains with a shepherd and his dogs for the summer, and brought back down into the area for winter.  The festival even included a fashion show featuring only handmade clothing made of wool.  Some of the models wore award winning creations from the nationwide “Make It With Wool” competition.

But I digress.  On Friday there was a kid’s rodeo.  They start them young here!  I caught the goat roping competition for boys under about 9 years old, and it was a real hoot. Here are the goats waiting to be manhandled by the kids. 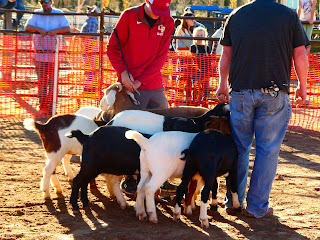 On Saturday there was a parade down Main Street.  It surpassed the 4th of July Parade by a lot. One of the first time highlights of this year’s parade was the driving of a herd of Texas Longhorns down the street at the beginning of the parade.  They were brought in from Kanab, Utah, and caused quite a stir.  The bystanders were warned ahead of time not to make too much noise as they went by so as not to start a stampede. 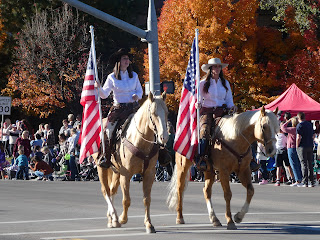 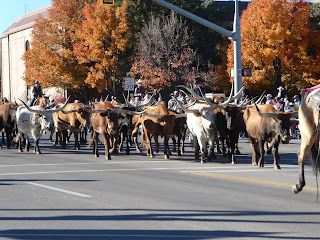 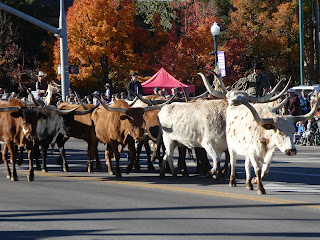 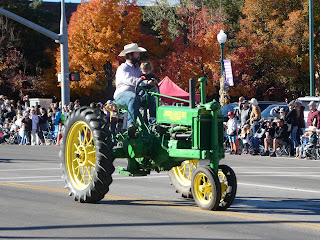 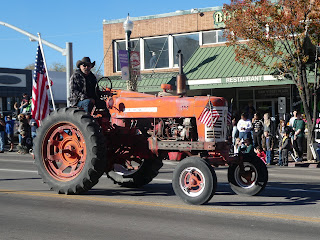 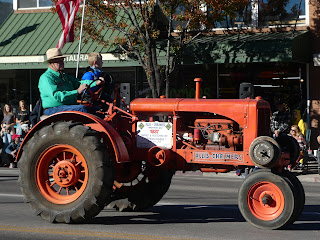 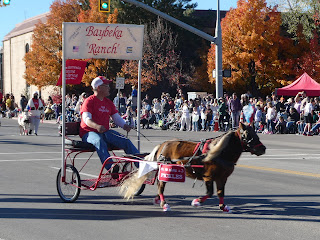 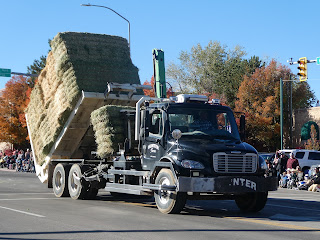 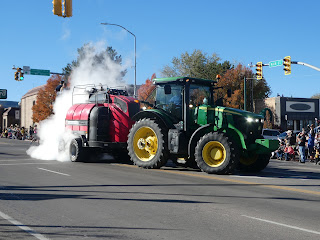 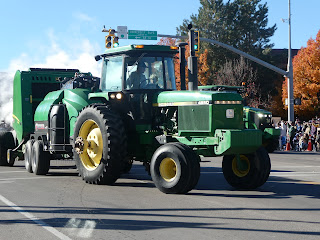 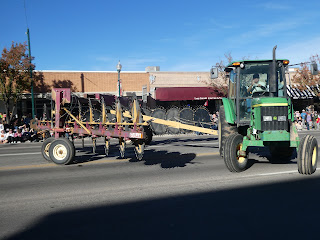 The shepherds are all provided with a small camper and provisions for their time in the mountains looking after the sheep. Some of these are really old and have been used for years. 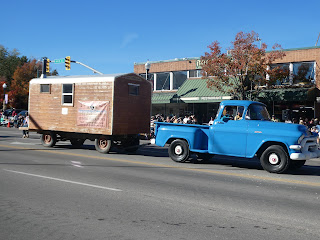 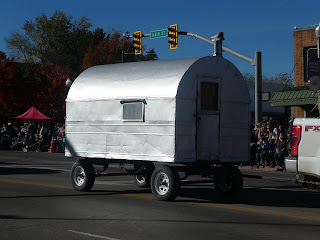 Even the kids learn to ride early. 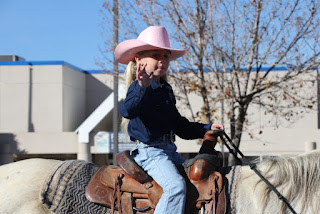 The informal name for this parade is the “sheep parade”, as the main highlight that everyone looks forward to is the herd of local sheep that run down the street at the very end.  For some reason this year, they were late in arriving, and we were entertained by country and western music over the loudspeakers.  Some people were dancing or singing along while waiting. 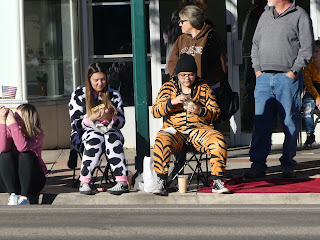 Of course, the sheep are tightly managed by people on horseback and off road vehicles, so they do not run amok all over the place. 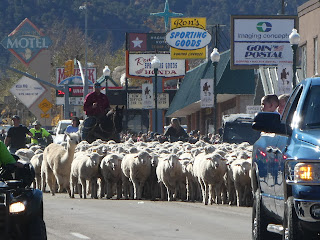 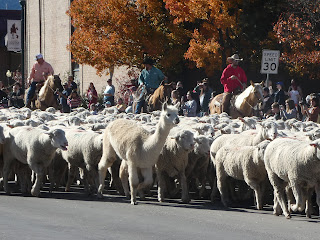 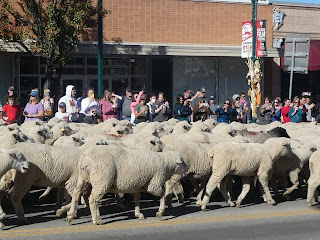 After the parade, I went home for some lunch and then right over to the Cross Hollows Events Center for the rest of the activities.  There was a rodeo going on, lots of venders, and even a Dutch Oven cook off.  Restored antique tractors and cars were on display. Here is an antique fire engine. 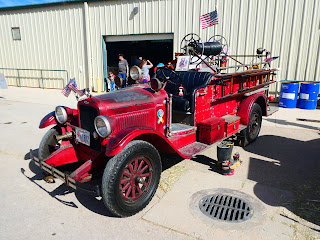 There were several “pull” contests going on, including a kids pedal tractor pull, and the antique tractor pull.  The goal of any pull is to see who can pull the largest amount of weight the farthest.

The pull that caught my attention the most was the draft horse pull.  I was mesmerized.  Draft horses are very large and are designed for farm work.  They can weigh between 1400 and 2000 pounds, and they work in teams of 2.  Most if not all of the horses that were at the festival were Belgians.  They were purchased from the Amish from several Midwestern states and brought out west.  The Amish breed them and then use them for plowing and pulling heavy wagons, since they do not use any mechanized equipment.  When the horses are about 5 year old, they are sold off for mainly pulling competitions and demonstrations. The horses seem to enjoy this activity very much.  Here they are. 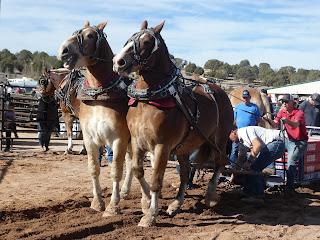 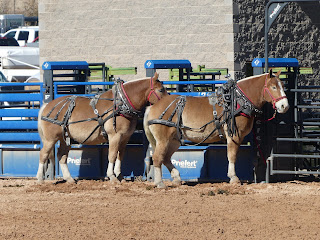 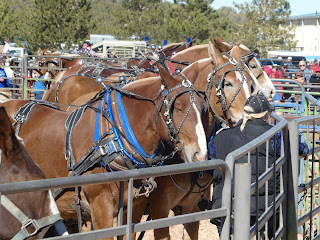 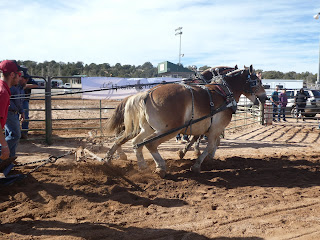 Here is the weight that they were pulling.  By the time I left, they were winding down and the weight was up to 8300 pounds. Only a few teams were left. 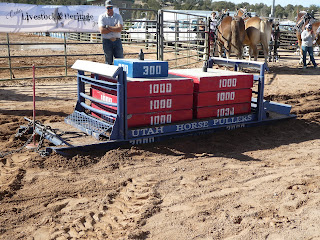 I was winding down, too.  It had been a full day.  I have to say that I just love living in an area where the people live so close to the land with their crops and their animals.  Utah is also the number one state for physical fitness as evidenced by the many avid hikers here.  As spiritually evolving humans, living close to the land is the way to go! 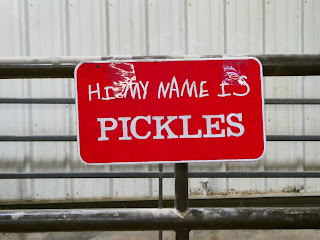 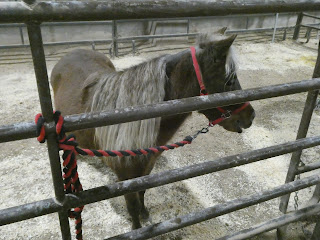 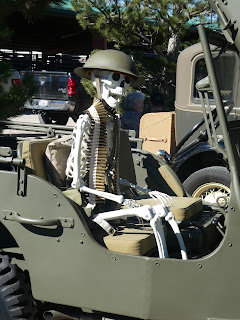