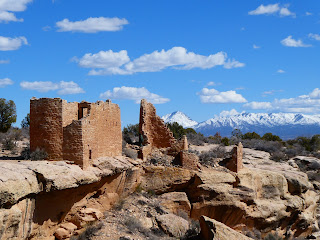 Today is the Vernal Equinox here in the northern hemisphere.  It is the first day of spring.  Yay!!!  Here in SW Colorado, we are just starting to warm up after a pretty hard winter.  Because of the blizzard that blew through a week ago, there is still plenty of snow on the ground, especially in the higher elevations.  Colorado has had its worst avalanche season in years, and there is more snow coming through tomorrow.

Yesterday, I drove over to Hovenweep National Monument to get out into nature and do some photography.  The monument is about 50 miles west of my house, and sits on the Colorado/Utah border.  It is at a lower elevation than Cortez, and is always a bit warmer.  The headquarters and gift shop were locked up tight, with no official personnel in sight.  I took that opportunity to get off of the official trail for some of my photos!  We are just at the start of our tourist season here, so there were people wandering about.  It was a lovely day.

I will be having my usual shamanic fire ceremony here tonight, hoping to beat the incoming rain/snow.  Whatever your schedule is for today, please take some time out to honor this annual solar event.  Spring is the time to plant seeds.  Plant your seeds of intent for the upcoming growth cycle.  What would you like to plant so that you can harvest in the fall?  Below are a few more photos from my outing at Hovenweep. 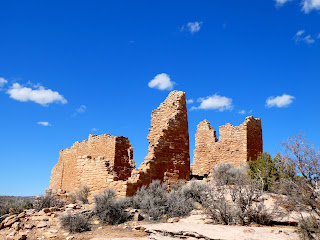 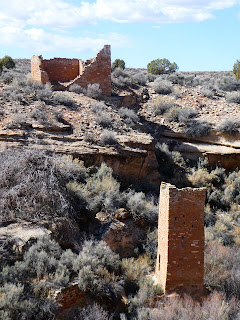 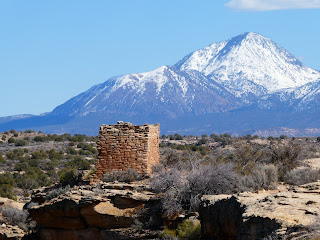 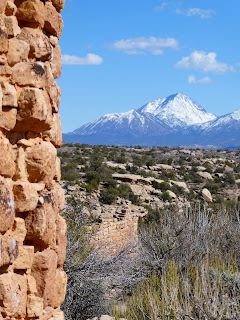 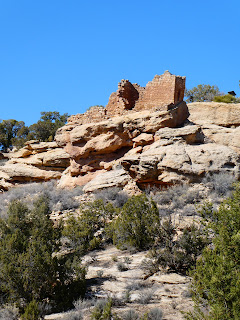 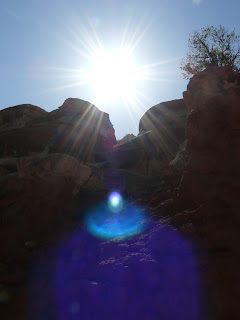 I recently heard a radio interview with Carolyn Ford, the keeper of Einstein the Crystal Skull.  I am not going to go into her whole story, but I was certainly impressed with it.  She acquired Einstein about 28 years ago, and has kept him secret until 2010 when she was guided to offer readings for the public.  Coincidentally, Carolyn lives in Sedona, Arizona, which is about a 5 hour drive for me.  Her web site is currently not functioning very well, and through a different route, I managed to contact her and book an in person session with her and Einstein in April.  She also does remote sessions via Skype.  After I booked, I found out that she uses a process called Genetic Blueprint in her readings.

Last Sunday, our launching group met here at my house.  In preparation for my session with Einstein, the intent for my launch was to pay a visit to Einstein’s world.  In other words, where does Carolyn’s information come from, via Einstein?

I won’t get into the step by step journey that I went through, just the summary of the results.  After the launch, I ended up looking at planet earth from quite a distance out and above.  There is a zone of energy/information that encapsulates the planet, but does not go out as far as the moon.  You could liken it to the egg shell of an egg, with the earth being the yolk inside.  This zone is holds the genetic records of every human that has been, is, or will be embodied in a physical form on planet earth.  One of our launchers later asked if these were the Akashic records.  Not quite, as this information is only about the genetic blueprint of humans. This is Einstein's world.

The energy of the DNA appears to be in discreet packets that I call units.  Leading away from this zone in all directions were tiny threads of energy.  There were so many that the whole affair took on the look of a tangled spider web, or a cotton ball.   These threads were being generated by the DNA units, and they connected the units to their non-genetic experiences in and out of time and dimension, on earth and in other realms.

I realized that I could tap into one of these units and gather information, so I asked to connect to the experience of someone who was alive during the building of the Great Pyramid.  What I got was a man who was a worker during that time.  This was kind of funny, because he said that the day before, the pyramid was partially built, and when the workers arrived the next morning, they found that the construction was magically complete!  All the workers had to do was to clean up the site, like janitors would do.

One takeaway was that in so many ways, we are all connected through our DNA and also our soul journeys.  These 2 aspects of humanity are inextricably intertwined.  Also, our soul has to pass through this zone on the way to its embodiment on Earth, and so this is the place where specific genetic combinations are chosen by the soul to fulfill its mission and purpose here.

I still have a few weeks to go before my session with Einstein.  In the mean time, I will be attending my third (advanced) CRV course in New Mexico.  After my visit with Einstein, I will certainly have a report and some photos.  Should be very interesting.

It's Never Too Late 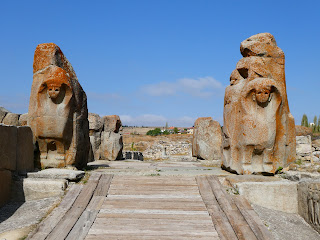 In the last several months, I have started to see a particular kind of client in my healing practice.  These are clients who describe themselves as “newly awakened”.  By this, I mean that they have recently come to the realization that they are infinite beings of spirit living a material life here on earth.  Some of these people are younger, but several are of retirement age and older.

What all of these people have in common, regardless of their age, is the desperation to progress with their spiritual evolution as rapidly as possible.  They feel the need to catch up quickly!  Imagine that you have led an ordinary life with a steady job and a family, and suddenly you are made dramatically aware of your true nature as a powerful spiritual being that has been living asleep in our ordinary 3D world.  That can be quite a shock.  It’s like waking up after being in a coma for 20 years.

These clients are struggling with jobs that are no longer suitable, and relationships that they are rapidly growing out of.  Not to mention retirement free time that they would like to make good use of, but where do they start?

First of all, if you have a friend or loved one in this situation, please treat them gently.  You may be as frustrated as they are!  Just know that if your relationship is suffering because of a sudden change in your loved one’s spiritual orientation, you must allow some time for the dust to settle.

If you are the one who has suddenly awakened, also give yourself some time to adjust.  It is very important that you work your grounding every day and do your best to stay in your body at all times.  This is not a time to make any drastic life altering decisions.  If you read this blog from the beginning, you will get great insight into what is involved in living a spiritual evolutionary life and working through your issues as they come up.  Believe me, with your intent to evolve quickly to catch up, the issues will come rapidly and furiously!  It is important that you stay grounded and well anchored to the planet.

It is my sense that within the past year, our planet was hit with a subtle but powerful wave of energy that has activated another round of sleepers.  I remember hearing many years ago that the first wave of spiritual activation would contain those few who are tough and able to start breaking through the barriers in order to pave the way for more to follow.  Succeeding waves would activate more and more people.  This is what may be happening now.  So for those of you who resonate, welcome to the party!