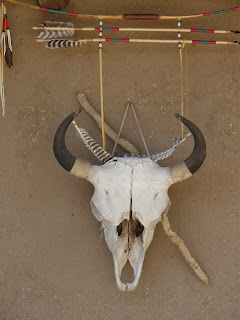 This week, I have the privilege of performing the Shamanic Death Rites for 2 deceased people, as requested by their loved ones.  I know that I have written about the Death Rites before, but it has been a while.  Considering the world wide deaths as a result of the COVID 19 pandemic, I thought I’d revisit this topic.

The purpose of the Shamanic Death Rites is to assist the soul to drop any heavy regrets and energy that they retained when they passed over, and then launch them up to the energetic level where they can start to plan their next incarnation.  This greatly shortens the time that they would need to spend between lifetimes purging and dropping that baggage, thus accelerating their evolutionary progress.  It also greatly diminishes the suffering that they endure while purging.  On the other hand, I cannot remove the deceased from the wheel of reincarnation, as that is a matter of their soul’s purpose and spiritual evolution.

I consider this work to be my greatest joy and service, as I find it immensely satisfying.  I really wish that I had more of an opportunity to do this! Some of the indicators that a soul may need the Death Rites are if they died a sudden or painful death, if morphine was administered before their passing, if they clearly died with a lot of guilt or regret, or if the remaining loved ones talk of them often or are grieving for much longer than would be healthy.  The latter is an indicator that the soul is still hanging close the earthly plane and needs assistance to be able to move on.  In the case of the morphine, I realized early on in my healing practice that those who were given morphine at the end suffered from their vibration being lowered to the extent that it was hard for them to leave their body at the time of death, let alone go any further after that.

Traditionally, the village shaman would sit with the dying person and energetically clear heavy energy, or houcha, from them before they passed.  Then, at the moment of death, the shaman would travel with the soul of the deceased to make sure they reached their destination.  That way, no soul would get lost, stuck or be earthbound.  In other words, become a ghost.  A lovely system, but not perfect.  If a person should accidentally get killed while away from their village, their soul might not be able to find the light on their own.  I have found a number of past lives of clients during healing sessions where they were still wandering the area where they died.

I have not had the privilege of tending to a person who was in the process of dying, but have done the Shamanic Death Rites on many people after their passing.  This process can be done at any time after death, and even years later.  If you have a deceased loved one that you feel may need assistance to get unstuck and move on, feel free to get in touch with me to discuss the matter.  My first step is to track where they ended up, and send the soul to the light if they are earthbound.  There is no charge for that service, as it takes only a few minutes.  Then you can decide if you want to go further with the Shamanic Death Rites.  You can contact me through my web site at  www.quantumstargate.com .