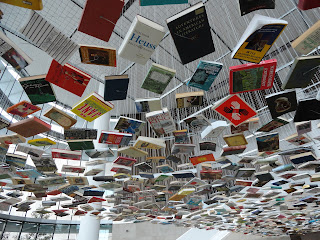 Today I am writing about an issue that has been bothering me for the past week or so.  That is the issue of hoarding.  First of all, let me say that I am not a hoarder myself, although I was beginning to have my doubts about that as I was sorting through and eliminating possessions from my house in Colorado while I was getting ready to move.  I was uncovering stuff that I hadn’t seen in years.  I am also fascinated by the A & E show “Hoarders”, but I never thought that this issue would hit so close to home.

When I moved into my house here in Cedar City, I had a neighbor next to me, let’s call him Bill, who had been living there for about a year at that time.  Our houses are the same age, currently, 2 ½ years old.  Bill is single, never married, and is in his late 70’s.  Over time, I was beginning to notice that he was having some cognitive issues.  More disturbing was that on the occasions when he was coming and going, I could see that the floor of his garage was covered in garbage, most notably, fast food wrappers.  He was still driving, but had lately had a few incidents involving his car.  The police had been to his house several times, too.  So I thought it was a matter of time before someone would notice and take charge of his situation.

I hadn’t seen him since the week before Christmas, and just assumed that his sister, who lives in Las Vegas, had taken him for the holidays.   This past Monday, a couple in hazmat suits and masks arrived with a big industrial dumpster and cleared out and disposed of everything in the house.  The furniture looked like things that you would pick up off the street on a big item pick up day.

So I found out that he has been moved to a VA housing facility in St George, and the court has assigned a guardian to take care of his finances.   Now here is the worst and most disturbing part.  The couple that cleared out the house said that the floors were covered with human and cat feces and urine.  I could smell the stink while standing in the driveway with his garage door open.

A few days later, a local restoration and remediation company arrived, and spent 2 days restoring the house.  The carpets had to be torn out, and even the toilets couldn’t be saved.

All of this is still bothering me.  How could someone live like this? In this case, he was not so much hoarding possessions as what you see on the “Hoarders” TV show, but garbage and waste products.  I am assuming that most of you reading this are not in this situation, but on the other hand, hoarding can take other forms.

I am reminded of a client that I worked with some time back. She had quit her job and had moved in with her mother, who was a hoarder.  She first approached me about doing an energetic clearing on her mother’s house.  I couldn’t do that without doing a QSH session on mom first, but of course, mom wouldn’t go along with that, so I proceeded to do a session on the daughter.  I had no way of knowing if the hoarding had affected her personal space in the house, but I did find something interesting during the session.  She was a hoarder of thoughts.  Her mental processes were very complex, inclusive and all encompassing.  There was no such thing as a simple concept.  Each sentence was followed by another and another until I lost all track of the original question.  Part of her homework after the session was to try to simplify her thought processes, and clear out all of the nonessential mental clutter.

They say that hoarding tendencies can be passed down through the generations, and also that it can be a learned behavior.  In my neighbor’s case, dementia certainly played a part.  He did put his garbage dumpster out on the curb for Friday morning pick up each week, but now I am wondering if there was actually anything in the bin!

I always like to relate my life experiences with something that may be going on with you.  First of all, it is said that a cluttered house reflects a cluttered mind.  Is this your situation?  Do you live in a clutter of too much stuff?  As spiritually evolving beings, our minds need to be clear and organized, not busy or confused.  Start to examine any clutter in your life, whether it is mental, physical or emotional, and begin to clear it out.  You can’t take it with you, and it may actually hinder your progress to your ultimate spiritual goals.  Simpler is better.  Less is more.  You may be struggling with clutter or busy-ness in other areas of life.  Too many pets?  Too many books?  Clothing?  Do you collect dysfunctional relationships?  Memories?  Hang onto traumas from the past?  The list goes on and on.  Do something about this now.  Not all of us will reach the end of our lives with a sound mind and body.   By decluttering and simplifying whenever you have the chance, you will be lightening your burden and making  your life easier in the long run.