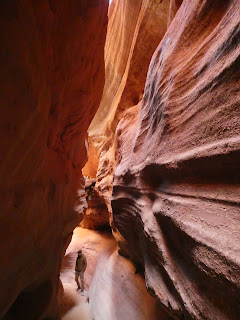 Last week, on Memorial Day, I went to a barbeque at the home of the couple who are in charge of our local square dancing group.  It was a very nice gathering, but as most of us had nothing in common outside of the square dancing, that was the main topic of conversation.  After the meal, I got into a conversation with the president, Bob.  He is a retired man, and all he could talk about was the issues related to the club.  It went on and on!  His identity was clearly totally wrapped up in this aspect of his life.   I don’t think that he has any other interests.

I’ve been thinking about that encounter ever since, and decided to write something about it.  I keep coming back to an exercise in RJ Spina’s book, “Supercharged Self Healing”.  He talks about dissolving our ego based identity so that we can become aware of who we truly are, a powerful spiritual being having a temporary earthly experience.  Identification with a specific persona or agenda stifles imagination, so that we cannot see past that identification!   The egoic identity is constantly bringing the traumas and limitations of the past forward to be mulled over, thus preventing us from being totally present in each “now” moment.

The now moment is the only meaningful place where we can be fully present and also make any needed changes in our lives.  That is why, when I work with clients, I ask that the issue that they bring to the session be as current and close to their now moment as possible.  This insures a greater possibility of success with the healing work.  Of course, this is easier said than done for the client, as most people have difficulty getting clarity about their issues.

In a nutshell, Spina recommends that as soon as the ego identity makes itself known, one simply and repeatedly asks “Who am I?”  The answer to that question is—nothing!!!  It is a blank space.  One then becomes a giant pair of eyes floating in outer space, and is the observer of one’s reality.  Of course, there is a bit more to it than that, but you would have to read the book to get the rest of the exercise.  I find myself repeating the “Who am I?” often, especially when my mind is overly engaged in some issue.  The mind should be our occasional tool, not the master of our daily life. Doing this exercise disconnects me from the mind's busyness so that I can rest in the knowing of who I truly am.

As always, I am speaking to the reader of this blog as a spiritually re-membering being who is intent on leaving the earthly plane for good at the end of this lifetime.  To do that, we need to drop all ego identities, such as parent, healer, leader, partner, crusader, protester, sick person, victim, etc.  In addition, I always recommend that we do not take up any causes, no matter how righteous they may seem.  That just gets us further entangled in the messiness of the 4th dimension.  We would be going backwards, and only would have to disentangle at some point in the future.

So what will happen to my square dancing friend?  If his identification follows him beyond the grave, he may be dancing for many years between lifetimes, and come back to do it again next time!