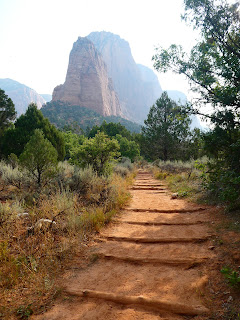 Earlier today, our on line group met for our monthly launching.  There were 4 of us in attendance.  This was once again not our whole group, but it all worked out perfectly anyway.

Sometimes, there is a common theme that is revealed after everyone gets to share their experiences, and gets feedback from the other launchers.  Today, the theme was that we are all much bigger than we appear to be in this temporary life in physicality on planet earth.  This is true for everyone on the planet, but the trick is realizing that fact, embodying it, and living life from that framework.  The message that I got for one of the launchers while I was tracking her was “You are not who you think you are!” Interesting!

I highly recommend that each launcher have an intent for their launch, but that is not a necessity.  Today, my intent was a more general one.  I simply asked to be shown something that I needed to see.  Immediately upon starting my journey, I briefly found myself inside a space ship surrounded by tall translucent beings that were constantly morphing and changing shape.  I got out of there fairly rapidly.

As I proceeded upward and onward, I was surrounded by very large fluffy beings that were of a pale golden color.  I was interacting with their energy fields as they swirled around me.  I asked who they were, and the response was the “Keepers of the Path”.  Upon further interaction with them, I got the sense that these beings were of service to anyone who was transitioning out of this universe altogether.  That person would be returning along a path that was used to get down to the 4D/3D world originally.  That was so very long ago, and the road home had been pretty much forgotten, so guides were needed.

There was much to explore on this pathway home, and I could feel them gently directing me to wherever I wanted to go.  So I asked to be taken to a few places that I had never been to before.  The first was a world with blood red skies, and towering waves.  The liquid on this world was like a dark blue mercury.  Very thick and heavy.  The second location was a place that was made up of a vast honeycomb.  In each partition of the honeycomb was a pearl.  I was told that these were pearls of wisdom that I could access at any time.  I opened a number of partitions all at once, and the pearls cascaded down onto me.

Back to my original path with the golden beings, and onward and upward.  At a certain point, they left me to go on my way.  After asking “Why?”, I was told that once the traveler was near the end of the journey out of the universe, there was no longer a need to be guided.

Upon asking how I could contact these beings again, they said that they were within me, as I was the whole universe!  I felt myself being extremely large and expanded at this point.

After the launch, I wrote part of this blog, met a friend for lunch, mowed my lawn, and being totally exhausted and somewhat chilled, promptly laid down for a nap before getting up and finishing this post.  I am just now feeling back to myself.  I think that I was out of my body for most of the last 6 hours or so.  The whole afternoon was a blur. Very strange!