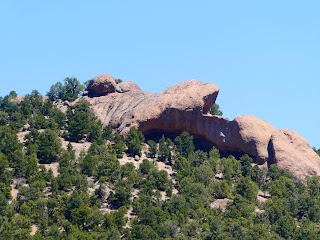 Earlier today, I accompanied my friend Matt on a botany field trip.  Matt is a professor of botany at Southern Utah University here in Cedar City.  We had been talking about doing this trip for a number of weeks now, and had our first chance today.

On the way west out of town to one of his favorite spots for camping and looking at wildflowers, we stopped at an archaeological site called Lion's Mouth Cave.  I had heard of this place many times, but never had a chance to visit.  We turned off of the major road and onto a dirt road to get to the parking lot and trailhead.  After a short hike, we arrived at the cave.  It is located in a tall and lumpy outcropping of rock made of volcanic tuff from an ancient volcanic eruption.  This stone is pinkish and fairly rough and crumbly. You can see the cave in the photo above under the overhanging rock if you look carefully.

The cave faces due west, and I suspect that it catches the sunsets at both equinoxes, Summer Solstice and Winter Solstice.  That would make it a ceremonial site. 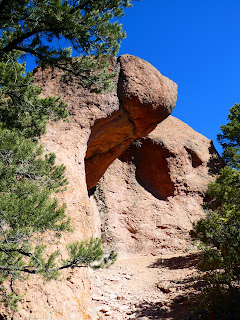 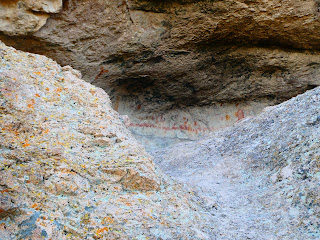 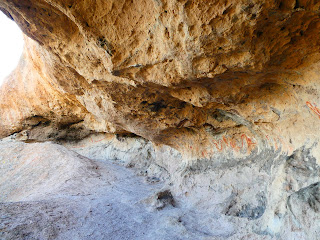 Inside the cave, the walls are adorned with a wide variety of pictographs in red, white and yellow.  I am not familiar with this style, but assume that this rock art was made by the Fremont Indians of 1000 years ago.  From what I could decipher and energetically track, this gathering place may have been associated with fertility, crops and harvesting.  There are many images here that are reminiscent of corn plants, and the cave looks out on what could have been fields for planting.

In general, when I have come across rock art panels in SW Utah, these have been gathering places.  Below are some photos of this really interesting rock art. 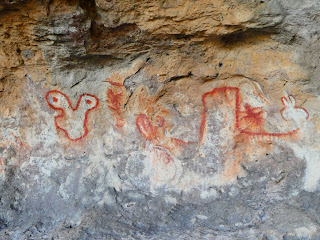 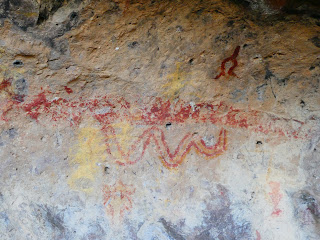 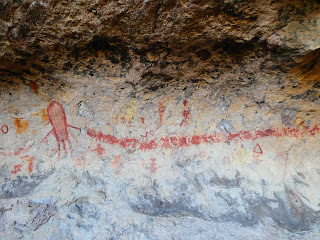 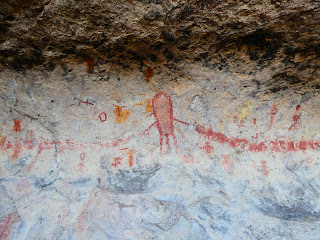 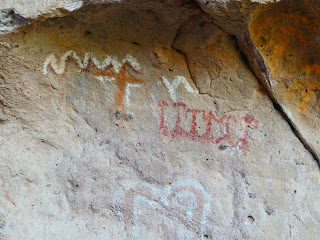 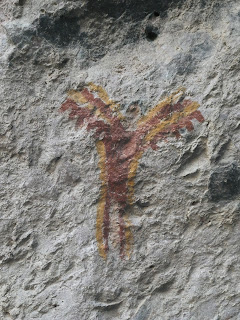 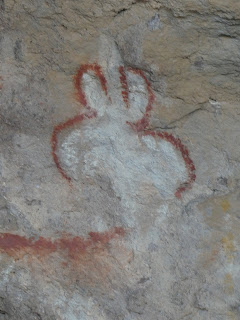 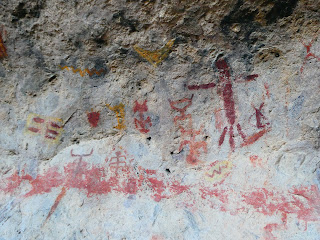 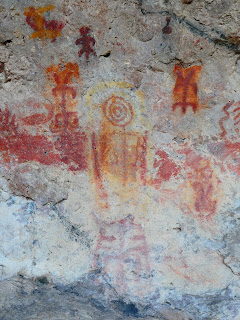 There were also many plants of interest along this trail, and in the area of the other trail we hiked further up the road.  I was mainly making a mental note of what we saw, but the highlight was the Owens Valley penstemon, which was numerous and in full bloom. Here is this lovely plant. 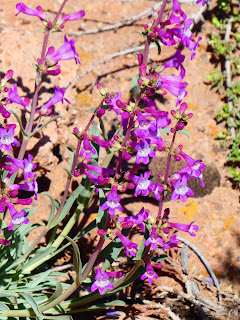 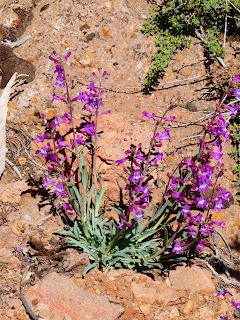