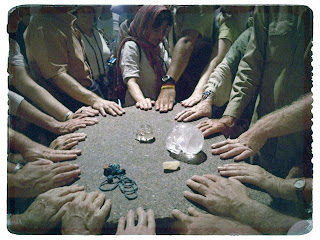 Our group met yesterday for our monthly launch.  I had finally gotten around to creating a photo album of my recent trip to South America, and as we looked at the photos, conversation naturally gravitated to the topic of megalithic sites.  In particular, we were curious about who built these sites, what energetic technology had been used, and where it went after the world wide cataclysm that I wrote about in the previous post.  How marvelous it would be if we could recover that technology and make use of it today.

So, for the first time, we decided to launch and journey using the same topic for our intent.  We had talked about doing this before, and yesterday provided the perfect opportunity.  Normally, we share after each person has had either one or two launchings, but in this case, I asked that we share as a group at the end to avoid front loading another person’s journey.

It has been clear for a quite a while that we create a group consciousness during the launch, and that everyone receives patterning from the launchee in some fashion.  That was especially clear yesterday with the common goal and intent for the exercise.  There were only 3 of us, and I launched last.  Kathleen went first, and I immediately tapped into her journey and started receiving images and information.  By the time my turn came around, I only needed one journey to experience our group intent to investigate the creation of the megalithic sites.

Here is a summary of the information and energy that was retrieved.  The advanced skills and abilities regarding the creation of the sacred megalithic sites have never been lost, and can be retrieved.  This information exists in a spherical layer or dimensional bandwidth that surrounds the earth far out in space.  The moon resides between the earth and this layer, in other words, within this spherical structure.   This layer is composed of sparkles of light which are actually codes and symbols.  There also appeared to be connecting streams of light going from this layer to the surface of the planet, perhaps to specific megalithic sites?  The mineral kingdom is certainly intimately connected to the whole process of creating these sites.

When I asked about where this layer could be found, I got that it was the 6th dimension, and at a higher vibration than the Higher Self.   During my launch, I went directly to this 6 D layer and experienced the sparkly light of the codes and symbols.  I allowed myself to dissolve into this energy.  I then had the interesting experience of being with the megaliths and working with them at this vibrational level.

This brings up a few interesting questions.  Were these sites created in 6 D and then dropped into place on the surface of the planet?  If so, did the stone then solidify or materialize on site?  It is also entirely possible that at least some of the humans on the planet back before the cataclysm of 12,800 years ago existed in a higher dimension, or that the earth was also of a higher vibration, making projects such as these easier to accomplish.  I do believe that the earth dropped down in vibration as a result of this cataclysm, thus starting the devolution of mankind that happened as a result.  We are at the turning point of the bottom of the cycle of devolution now and have many opportunities to start evolving once again.  And many challenges put in front of us, too.

When I was in this 6 D zone, it also became clear that this vibrational state was very difficult to hold for more than a short time.  One needed to expand into it and hold that expansion.  This could be considered advanced Core Essence work, as up until now, we have only been expanding into the level of the Higher Self, or 5 D.  Are we also looking at the stargate phenomenon here?  Carved onto the huge pink granite monoliths of the Temple of the Sun at Ollantaytambo are several faint Inca crosses.  The traditional design has 3 levels on each side of the cross representing the lower world, middle world and the upper world of the Inca cosmology.  At Ollantaytambo, these crosses have at least 5 levels and perhaps 6 levels.  I’ve been told that the Spanish did their best to file down these symbols, perhaps in an effort to remove the energy and sacred symbology or to close down the stargate there. 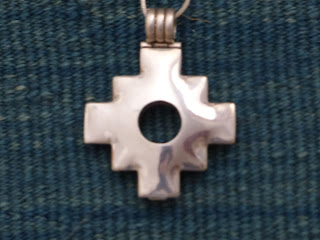 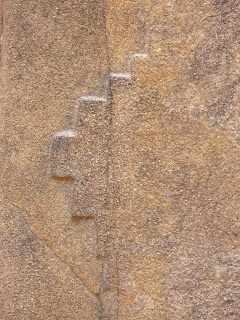 When I stood in front of the huge pink granite wall with the symbols at Ollantaytambo, and activated my own stargate and attuned it to the stargate there, it was as if a time tunnel opened up in front of me, and I could see a scene on the other side.  Could I have stepped through right then and there?  Perhaps!