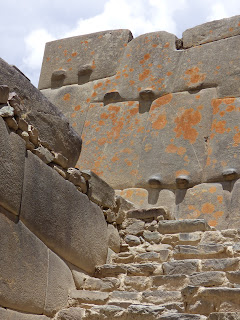 The next megalithic site that we had the privilege to visit was Ollantaytambo in the Sacred Valley, which we did as a day trip after we arrived back in Cusco from Machu Picchu.  This site is billed as an Inca fortress, but clearly there are parts of it that are extremely old and very sacred.  You find this all over Peru, where the Incas were the last to occupy these places before the Spanish conquest, and thus the construction is always attributed to them.  Of course, they did some construction, but the walls and buildings that they built are easily distinguished from the much older and much more superior megalithic style.  When the Spanish came and questioned the locals, even the people that they conquered had no idea how these ancient structures were built.

It was a very windy day as we hiked up a series of terraces to enter the main temple, which sits on the top of a hill.  This is commonly called the Sun Temple, but when visiting here with shamanic groups in the past, we also called it the Temple of the Wind, for obvious reasons!  As I climbed up the terraces, I could feel the combination of the wind and the sun clearing me out.  Perhaps this was by design for the people coming here in the ancient past, so that they were fairly clean and clear upon entering the sacred space. 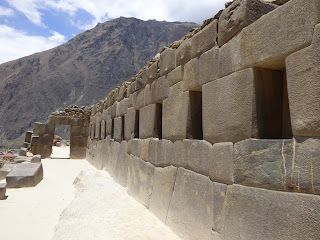 We went down a walkway alongside a megalithic wall that contained niches, and through a stone doorway to officially enter the sacred space.  As I proceeded, I felt the energy of joy and lightness seemingly emanating from the stone structures.  Here we found huge, and I mean huge pink granite monoliths strewn about and a standing wall or altar made of 6 of these monoliths with the spaces in between filled in by finely carved and fitted narrow pieces of granite.  This was the focal point of the ceremonial space and was a multidimensional stargate.  Time and space seemed altered here.  It was as if these multi ton stones still carried the energy of “floating in joy” that was used to bring them here and move them into place. 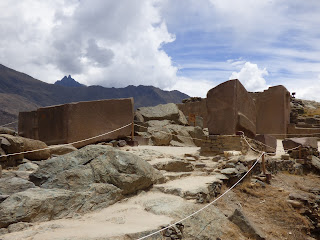 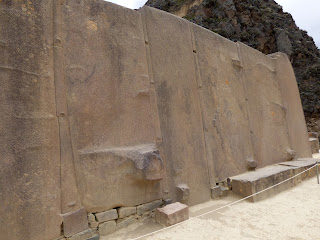 I laid out my skulls and tuned in.  I was starting to get the picture that perhaps all megalithic sites around the world contained stargates, and all were in easy communication with each other in this way in the distant past.  Certainly that is the sense I got while at the Osireion in Egypt, and had a feeling that they were teleporting back and forth to Peru.  After packing up my skulls (just in time to evade a site guard that came through checking on us), I stood directly in front of the pink granite altar and asked that my personal stargate be attuned to the one at this site, and that my multidimensional stargate traveler lineage be re-membered and strengthened.  Well something happened there, as I could almost see straight through the bulk of the granite to a scene that was on the other side.  The stargate had opened.  What if I just stepped right through?  Would I have ended up in Egypt?  Ha!

BTW—our launching group met today, and I used the personal stargate theme for my intent during my launch.  I have written about this before in a post entitled “Portals and Stargates”.  There is a transformation of matter that happens when one goes through a stargate that does not happen when one goes through a portal.  Stargate hopping is undoubtedly a very tricky deal as the physical body does not go through, only one’s energy patterns.  There has to be some mechanism in place to reconstitute some sort of body on the other side.

Anyway, something clearly happened there, as I was pretty spaced out after that engagement with the Ollantaytambo stargate, and had to watch my step carefully climbing down those terraces again.  This whole site is full of finely shaped stones.  The standard theory is that they were pecked into their shapes by people wielding harder but smaller stones, but I don’t think so.  No one has ever been able to duplicate these so call construction techniques in any of these sites around the world. 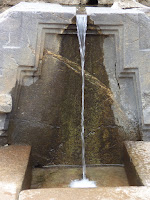 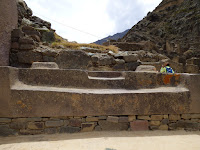 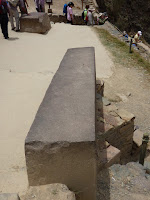 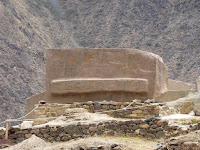 After leaving the marvelous energy of Ollantaytambo, our group drove back up onto the altiplano and the site of Moray to have a closing ceremony inside one of the terraced craters there.  It was getting colder and it had started to snow on the nearby peaks, one of which was Apu Veronica at about 19,000’ in elevation.  It looked like powdered sugar!  A sweet ending to a very satisfying day. 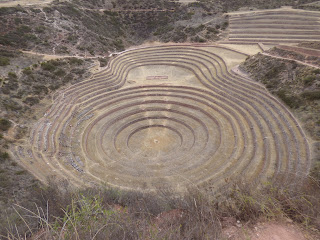 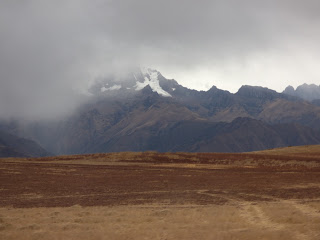