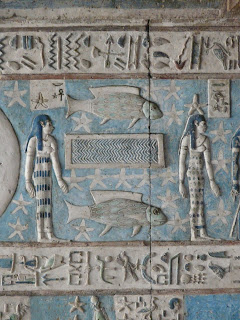 Now it is time to dive into my recent experiences on the December 2012 Egypt trip, as the energetic happenings on that trip tie right into the chakra/kundalini/pineal information.  These posts will not be a synopsis of the whole trip, only the major energetic highlights.   This was my 4th trip to Egypt, and I had no intention of going again after that last trip, which was during the 10/10/10 event.  I’d had my fill of traffic jams, temperatures hovering around 100 degrees, heavy air pollution, and grabby Egyptian men trying to sell me something, in addition to our tour leader’s emotional breakdown.

When Julie Gullick-Wiley announced her plans to lead a trip there for 12/12/12, I changed my mind, as she had done such a great job with our UK trip last June.  This was to be another small group, and we would be going to a few places that I had never been to before and repeating some of my favorites.  Perfect!

We Americans do not realize how depressed the tourist industry has become since the Arab Spring revolution.  Our Egyptian tour director Essam told us that tourism is down between 60 and 75%, depending on the time of year.  Americans are not traveling there for the most part, even though it is still perfectly safe.  We ran into very few, but we were also ahead of several large spiritual groups by 4-5 days.  We encountered mostly Germans, Japanese, French and Chinese tourists.  The whole economy is hurting because of the drop in tourism.

On the positive side, most sites were easily accessible and not crowded.  Julie worked her magic and created uninterrupted time and sacred space for us under some pretty unusual circumstances.  We managed to have private time for our whole group in the Great Pyramid, even though groups normally pay lots of money and reserve a time slot far ahead for that privilege.

There is no other place on the planet that offers the quantity and scope of sacred sites as there is in Egypt.  It is also said that only 15% of what is there has been discovered and excavated and more is being uncovered every day.  My intent for traveling there again was to make full use of the gamma vibrations of the sites to clear away any patterns that no longer served, and to accelerate my energy field and spiritual evolution in any way that I could.  I was not disappointed!  I was not interested in learning more about the cosmology and archetypes of the ancient Egyptians, as I feel that we are transcending that kind of spiritual structure with the  ongoing personal and planetary transformation and acceleration.

The sites that were of particular interest to me were the very ancient sites like the Sphinx, Valley and Sphinx Temples, the Great Pyramid and the Osirion.  These may have been built 10-12,000 years ago before the need for a written language, as there are no inscriptions of any kind to be found there.  These are also very much like the ancient sites in Peru such as Sacsayhuaman, Ollyantaytambo, and Machu Picchu to name a few.  They are all very powerful vortexes, and everyone who visits these sites realizes a change of some sort.  By putting your hands on the stones in these ancient places, the energy can be read for information on how they were built and what they were used for.

So, with great anticipation, I drove to Durango on the morning of November 30th, 2012, and flew from there to Denver, Frankfurt and on to Cairo.  A very long trip indeed!  While flying over the ocean between Canada and Greenland, the Northern Lights could be seen dancing over the North Pole.  What a great omen for the start of the trip.