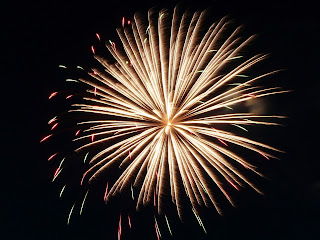 Throughout the journeys at the Monroe Institute’s Starlines and Starlines II classes, participants have been guided to locations above, around, up to, into and through the stargate that is at the center of our Milky Way Galaxy.  This has been a step by step process that is designed to add to the journeyer’s experience and knowledge base as one expands up through the vibrational scale, or focus levels.  At least this has been my experience, as each time I reach a certain level and integrate the experience at that level, I can go further the next time a similar exercise is presented.

The center of our galaxy appears to be a black hole that sucks all light and matter into it sort of like water swirling down a drain.  Scientists have also detected streams of energy spewing straight out from its core on both sides.  When one’s consciousness on the higher levels journeys there, what is experienced is a coming and going of energy in those straight streams, and not a lot of the pull of the black hole.  The galactic core is also a stargate which links 2 different dimensional frequencies.

Both George Kavassilas and Barbara Hand Clow seem to indicate that this stargate is at a 9th dimensional level and is where we as individuating consciousnesses entered our current arena of experience.  When it is time to go “home” upon the fulfillment of all of our experiences here, we reenter that stargate, pop out the other side and continue our journey back to the creator of this universe.

So in a nutshell, here is the summary of all of my experiences inside that stargate.  I found the center of our galaxy to be a very busy place.  Once inside, the space seems limitless.  There are smaller portals and wormholes all over the place bringing in and siphoning out energy and subatomic particles.  This energy contains knowledge and information.  I am not sure, but these portals and wormholes probably connect to other galaxies in our universe, and perhaps even other universes.

This whole set up reminds me of a giant chemistry lab.  The master chemist is the creator of this universe and we, as the human race, are one of the end products of its creative impulses.  The end goal is for the creator to learn and evolve from its creation.  I do believe also that we are at the turning point of our experiences here and are starting the return process back to this creator.

What is interesting about this is something that I have experienced several times in several ways, both at TMI and during our local monthly launchings.  As we pass through this stargate and continue out the other side onwards to the creator, we do not take our knowledge and information with us in its totality.  Part of what goes on in the stargate chemistry lab is the harvesting of our information and the cleansing and neutralizing of our energy fields so that when we pop out the other side, we are all pretty much homogenous and of the same vibration.  I cannot explain the reason for this, as you would think that what we carry would naturally go with us back to the creator, but that being either doesn’t need that information or is getting it in another way.

George K. says that at this 9th dimensional level, once we decide to commit to our continued journey down through the dimensions of experience, we are implanted by the creator with a universal light seed.  This seed of universal consciousness is something that we carry throughout our experiences from that point on, and serves to attune us further to the totality of the universal creative vibration.  George also calls this dimension the “nursery of souls.”  Perhaps before we exit through the other side of the galactic core on our way back home, this seed is harvested as a fully mature plant with all of the knowledge it contains.

There is also a being who calls himself a Logos that hovers just at the point where the energy comes out of the stargate heading towards our solar system.  His job is to monitor and modulate this energy while juggling all of the variables with the purpose of the achievement of the creator’s intended outcome.  So I asked the Logos to explain how the energy coming out of the galactic core and down the serpent rope to our solar system is furthering our transition and transformation.  He said that this energy is specially formulated to excite the atoms that make up the matter in our bodies so as to throw off the particles of heavy energy that no longer serve us.  There is a delicate balance here because we would just explode if this energetic flow is amped up too much.  Cool!!  Haven’t we all been feeling this happening the last few years?  He also said that it is time for this experiment to reach peak velocity and for us to finish up and move on to our next experiences.

On a more personal note, I was told that I have an aspect of myself that is assisting the master chemist in the galactic core, and that that aspect is an alchemist.  So that part of me that I left behind as I continued to drop in vibration to come here has been contributing to the vibrational mix that I have been receiving all along.  That mix has been especially formulated by the me there for the me here to aid in my transformation and that both of us have existed concurrently since my separation from the galactic core.  I am the creator of the vibrations and also the receiver, the alchemist and the beneficiary of the alchemy, the birther and the product of the birth all at the same time, all the time.  Really getting this blew my mind, and it took until mid morning the next day for me to return back to a somewhat new/normal state of mind.

Keep in mind that this phenomenon isn’t unique to me, it applies to EVERYONE.  We have all separated from an aspect that remains at the galactic core and is assisting us from that place.  At the same time, that part of us is looking forward to the grand reunion when we will merge once again to continue our journey back to the creator of this universe.  What a party that will be!

My next post will describe what I experienced on the other side of Stargate Milky Way.  More fun stuff to come!
Posted by Carla Fox at 2:42 PM