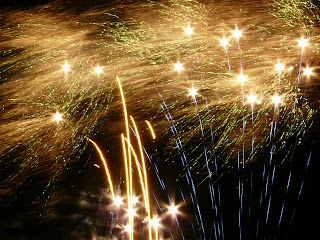 I am back from my week at the Monroe Institute.  Integration is still happening and will continue for quite some time.  I think that I can speak for most people who were in class by saying that this is one of the best workshops that is offered there as it provides the most opportunities for consciousness exploration on many advanced levels.

The course I took is called Starlines II, and is the last in a series of what are called the core classes at TMI.  Robert Monroe created the Hemi-Sync™ sound technology which shifts the brain wave state to theta but with added layers of other vibrations designed to support the listener in their journey process.  He found, through working with an original group of volunteers, that certain consciousness experiences were common to most people at specific levels of sound vibration.  These he labeled focus levels, a few of which are F10, F21, F 34/35, etc.  The Starlines and Starlines II classes were created by long time facilitator Franceen King to bring the participants through the focus levels that Monroe mapped out before his death.  We even journeyed well beyond what had been previously mapped into territory that others had visited but hadn’t given a focus designation to.  All this was done while wearing headphones and listening to specially created sound tracks.  One can go deep into the consciousness of the earth in this manner as well as out into the cosmos.

It was clear through some of these journeys that the energetic activity in the earth’s core had accelerated significantly since my last class there in July of 2012.  The earth core was pulsing and also giving off undulating waves of a pale blue electric energy, which was not evident last year.   My sense is that as she receives energy from our Sun and the center of the Milky Way Galaxy, she  radiates this energy out to her kingdoms, including the human kingdom.  This energy contains codes to aid in our transformation.

While on a journey to the core of the earth, I ran into an ET race that I have encountered before.  I call them the “inner earth diggers”.  These beings are clearly human in appearance, but are much shorter than we are and have very dark brown skin.  They told me that their job was to dig out the tunnels and caves deep in the earth that other ET races use.  They do not do this for any secret government groups, as their work is done much deeper below the surface.  They also told me that they are native to the planet, and have always been here.  While on another journey to the earth core, I brought back an aspect of myself that is Aboriginal in nature.  What a wonderful experience it was to really feel that part of me that is intimately connected with the Dreamtime and with the heart of the Mother.

As one moves up in vibration through these focus levels, one’s once individual consciousness unit gathers up and merges with other vibrationally compatible parts of self to become a group consciousness that just keeps getting  larger as all aspects of self are brought back to the whole that is you.  This does happen automatically to some extent, but in this case, I made it my daily intent to re-member the skills and attributes of aspects of myself that I had lost contact with.  While at the consciousness level of what some might call the monad, I made contact with and asked to integrate the skills and abilities of 2 different aspects of self.  The first one was an aspect that knew how to transmute disease.  The second one had needed skills related to the running of groups on higher dimensional levels.  With my intent to connect with and integrate these skills, I trust that this would become more conscious for me in the future.

There was one humorous moment when I traveled to Sirius and walked in on a council meeting.  All of the beings there jumped up as if they had seen a ghost.  Apparently, one of my Sirian jobs is to be an extension into earth life with the purpose of monitoring activities and sending back information.  They didn’t expect to see me in the flesh, so to speak.  Very funny!  I actually got saluted, too.

In the next few posts I would like to delve into my experiences at the core of our Milky Way Galaxy and beyond.  Fascinating stuff.  Until then.