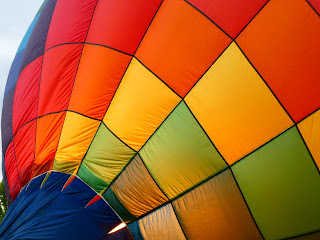 About a month ago, I passed my 6 year anniversary of when I removed my chakras, and just a week ago or so, that same anniversary of the shattering of the skin of my Luminous Energy Field while I was in the Valley of the Kings in Egypt.   The time has gone by so fast, that these events seem like they happened only yesterday.  In the intervening years, I have taught many people how to remove their own chakras via this blog, my live workshops, and the “Tools for Transition” workshops through Rise Multiversity.  It is a fairly easy process.

A few days ago, I worked with a client who told me that he had had his chakras removed by an energy healing practitioner.  I have said many times that I strongly object to practitioners performing this service and charging money for it, when it is an easy process that one has to do for themselves.  For people who perceive themselves to be on a spiritually evolutionary path, removing their own chakras is, for many of them, the first time that they have had to deeply engage with their own energy field.  This is true spiritual work and cannot be avoided or bypassed.  One can only get so far in this area by having others do things to them or for them.  At some point, self responsibility has to take place.

Upon inquiring about who removed my client’s chakras, I was surprised and frankly quite a bit dismayed when I found out that it was one of my former healership trainees.  Wow.  And I am sure that this is not the first of her clients that she has done this for.  She really should have known better.  On top of that, the process that she used was not successful, and the client’s chakras are still there!  I hope he did not pay a lot of money for that failed service.  It is just as well, as he will now have to do the removal himself.  This is not the first time that I have checked the status of a client’s chakras after their removal by a practitioner, only to find that the chakras are still there.  For me, that is further indication that one needs to do the removal on themselves for themselves.

So I am once again repeating a standing offer that I have made many times.  I am happy to check anyone’s chakra removal success at any time, provided that they have used the methods that are either in the blog links below, or by listening to the first 3 of my “Tools for Transition” workshops available through Rise Multiversity. The blog links are for Grounding, expanding your Core Essence, and Chakra Removal.   I can do the checking by either Skype or phone, as I need to hear the person’s voice to connect with their energy field.

As far as I am concerned, chakra removal is the first real step to energetic freedom and spiritual autonomy that one needs to take.  More information on this is detailed in the blog posts and the workshops.  It will be my pleasure to check any of you who are ready to take this next step in your spiritual evolution.