Island of the Moon 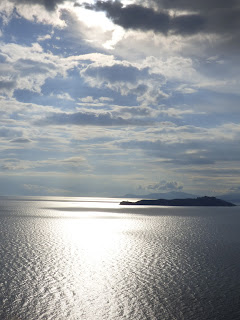 This day was the Vernal Equinox in South America: a perfect time to balance the male and female within, and the perfect place in which to do it.   As we walked back down from our lodge on the Island of the Sun to take our boat over to the Island of the Moon, it started to rain.  It rained steadily until we reached our destination, and then completely stopped.  This was a common pattern for the whole trip, as rain was in the forecast almost every day, but it either didn’t happen or it rained while we were inside somewhere or overnight.  Being out on the water and in the rain was very cocooning and cleansing and was quite nice.

As we approached the island, I was reminded of the multidimensionality of this sacred location.  We had the huge energy vortex of Lake Titicaca, the smaller vortex of the island and its sacred site, ley lines coming across, and the Inca history here.  I started to perceive the very powerful female energy and my heart opened to receive it.  She was saying “Remember, remember who you are.  Surrender and let go of what no longer serves.  I am in service to you.  Here, you will birth something new.  Your labor pains can be easy or hard.  Letting go is easy. Resistance is hard.  Allow the new you to be birthed!” 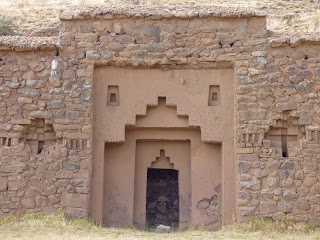 Two days ago I had tuned into what I believe was a past life on the Island of the Moon.  In Inca times, this was where the priestesses of the realm lived and channeled guidance for the Inca King.  They took full advantage of the heightened energy here to do this.  I projected back in time to re-experience this lifetime.  Here is the story.

Word would be sent out to both islands that the Sapa Inca was coming to Lake Titicaca.  His first stop would be on the Island of the Sun, where very sacred offerings and ceremony would be held.  Men only!  In the mean time, the priestesses of the Island of the Moon would be preparing.  My job was to go into deep meditation, connect with the center of the Milky Way Galaxy via the Serpent Rope, and then expand and hold that energy for the proceedings.  I have a feeling that those who were doing the actual channeling did this before the Inca King arrived, and that they never actually met him person.

He would be boated over and his crew would stay at the dock.  Fine food and supplies were delivered at the same time as a reward or payment for the services rendered.  He would then meet with the head priestess alone to receive the channeled information and ask questions.  He did not need to ask the questions of the channelers directly, as they intuitively knew what those questions were!  All the while, I would be holding this expanded connection with the stargate Milky Way, from which all of this information was coming.  When he left, I released and retracted this connection and spent a few days in dreamtime before coming back to full consciousness.  Quite a story, eh?  Perhaps some of you were there, too 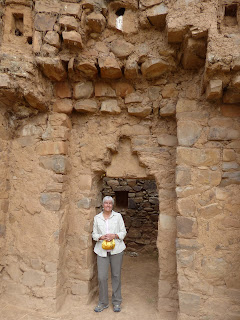 Anyway, when our boat reached the island, it had magically stopped raining.  We walked up to the temple complex, named the Temple of the Virgins.  Julie led a ceremony, and I could feel the union of my inner male and female taking place.  What a mellow spot!  We had time to wander afterwards, and I know that many in the group felt a strong resonance with this location.  There was one room in particular that held a very powerful energy.  There were niches in the walls, and many people had left offerings there, myself included. 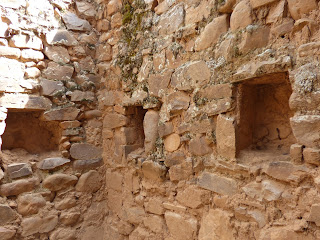 There was one more ceremony down at the shore which involved bringing up the patterning from Lake Titicaca into our fields.   Most went into the water.  I waded in almost up to my knees, which was enough to bring up these vibrations and radiate them to the group, which was my assigned task.  The beach was so nice that we could have stayed there for another couple of hours, but our time there was complete.  On to the boat and back to Copacabana for the next 2 nights. 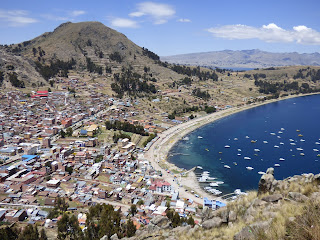