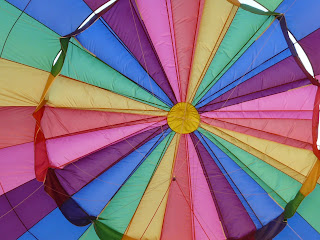 I am back home from teaching the QSH in New Mexico, and would like to report that the class went very well.  This 3 day workshop can be intense and challenging at times, but that is what is needed for the student to let go of everything that they bring to the table and go with the flow of the gamma brain wave state and the quantum field.   In some of the next posts, I’ll be writing about my observations and experiences during class.

Even though the official workshop times go from 9 AM to 6 PM each day, I offered a “bonus” session on Saturday night.  The big topic for the evening involved tracking people who were deceased to see if they were earthbound spirits.  We found a number of them, and I showed the students how to send them to the light.  Mary Ann Winkowski’s book “When Ghosts Speak” tells exactly how to do that, and is a fun read.  The “Ghostwhisperer” TV series was based on her life.

The other activity that we did that evening was to check for the presence or absence of the skin surrounding our Luminous Energy Fields, or LEF for short.  Please refer back to the post on the Valley of the Kings for the full explanation of what the LEF is, and how mine shattered and was then absorbed back into my core essence while I was in Egypt last December.  My sponsor for the QSH workshop was my friend Lori, whose house we were at that evening, and who was also on that trip to Egypt.  She recognized that something had also happened to her in the Valley of the Kings that day and she wanted her LEF to be checked to see if it had been dissolved, too.

All of the people in the workshop had previously removed their chakras, kundalini and some of their pineal programming.  The pineal programming seems to take a bit more attention than just removing the 3rd Eye and Crown chakras, and I hope to write more about that later.  The way one checks for the presence of the skin of the LEF is for the checker to approach the person being checked with their hands in front of their body and their palms facing the subject.  They then slowly move closer to the subject while using the palms to detect that skin.  This may feel like a change in temperature or a bit of resistance, as you are sensing what may feel like the surface of a very thin bubble or balloon.  If the subject’s LEF is still intact, you will sense it about a foot to a foot and a half out from their body.  It is important to note that the subject will still have a LEF if their chakra system is intact, as the chakras act like screws holding the LEF in place around the body. The checker can still  have their chakras and be able to do the checking just fine.

Sure enough, Lori’s LEF was gone, although none of the other participants was missing theirs.  As the tester moves their palms towards the subject, that slight resistance or temperature change will not be felt if the LEF skin is gone.  I think we are starting another trend here!  If you have a local group that has removed their chakras, you might want to do this testing to see if any LEF skins have dissolved, too.

The particular theme of death and the flow of energy in the Valley of the Kings were apparently supportive of this event, but that’s not to say that this isn’t happening elsewhere, too.  It seems to require a higher vibrating energy around the person or in the environment for the LEF to dissolve spontaneously.   The group at the QSH workshop talked about ways to trigger this event.  What may work is to get your chakra less group together and take turns expanding all of your core essences around one person in the center of the group.  Everyone must be fairly close together to really create that higher vibrating energy field.  Hold this for a bit, and then rotate places, stopping every once in a while to do some checking with the palms.  This may need to be done repeatedly so just go with it and see what happens. If you have access to a vortex area or sacred site, sitting there in that energy may also do the trick.

Clearly, this is the next step in freeing ourselves from the matrix programming of the synthetic realities and I expect that it will happen to more and more people.  It may already have and people just don’t recognize it.  I told Lori that this is the start of the hundredth monkey effect, and that we may be the first 2 monkeys!!!  If you have a group around you that have removed their chakras and would like to try this, I’d love to hear back from you via a comment on the blog. Good luck everyone!
Posted by Carla Fox at 3:33 PM