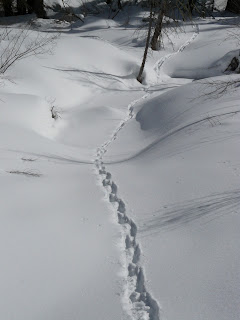 After about 24 hours from take off to landing from Cairo to Durango plus no sleep the night before the flight left, I finally arrived back in the states.  I was not surprised to see lots of snow on the ground at the airport, but was a bit dismayed at the bad road conditions.  The roads were icy and snow packed the whole 60 miles home.  It’s amazing that I managed to stay awake and make the drive without incident.
The return to “normal” after this trip took so much longer than it normally does for several reasons.  The day after our climb up Mt. Sinai, I came down with a sinus infection that I have affectionately learned to call the Cairo Crud, as I have come down with this in Egypt before.  I am convinced that it was a result of breathing in all of the dried and pulverized camel dung that was drifting in the air as we went up the mountain.  In the dark, it was impossible to see, but on the way down in the daylight, it was obvious.  Gross!!!! This time the crud was accompanied by a cough that lasted for about 2 weeks.  I just rested a lot and took tons of supplements.  The crud cleared up faster than the cough.

It took much longer to get back to a normal sleep pattern because of the time difference and jet lag.  It is always more difficult going from east to west, too, with the tendency to wake up very early in the mornings. This resulted in a lot of low level fatigue and the inability to stay awake past 9 PM most nights.

The biggest reason for the lag time in getting back to normal was the energetic changes that occurred during the trip.  For me they were huge, and probably varied a lot for everyone else.  With changes in the body’s energy fields, the physical has to follow suit, and that can take time.  I have to admit that with some pre holiday commitments to complete, I was pretty spaced out.

I chose to spend Winter Solstice on the 21st in a quiet meditative space at home.  It just did not seem right to be with a bunch of people doing whatever.  There had been so many predictions about what would happen on that day, but in the final analysis, there was no true way to predetermine the outcome of the “Shift of the Ages” that was coming our way.  What I found was that on that day, we entered a vast void or space of nothingness.  There were no miracle fixes or sudden enlightenments to be had.  We were just floating in the void while a reformulation of some sort was taking place for each person.  It felt really good to just BE while this was happening.

There is a good possibility that this may happen right after the upcoming Vernal Equinox, too, so now is the time to prepare and let go once again of what no longer serves.  Some regular contemplation is in order, and also daily expansion of your core essence would be beneficial.

What I did from December 21 to 23 was to follow Tom Kenyon’s recommendations for the use of his Aethos Sound Meditation called "The Cosmic Window" . This was a 3 day recapitulation and release with a positive intent applied on the evening of the 23rd.  This exercise was not a one time event, and can be repeated at any time.  Since I was still in the goofy zone, it was so easy to drift with my stream of consciousness to resolve what come up for me.  As a result of those 3 days of off and on contemplation, I found that some no longer needed aspects of my life just fell away, and some important realizations about myself arose.  I was launching myself as a different person than the one who had gone to Egypt several weeks before.  Tom’s most recent e-mail newsletter "The Transformation of Self-Limiting Thought Forms and Beliefs"  also uses the Aethos Sound Meditation, which is a free MP3 download by the way.
George Kavassilas says that the upcoming Vernal Equinox marks the end of the time of maximum compression and is a major energetic milestone for humankind. It may be a time for the whole of humanity to wake up, step up, and create a reality of freedom and sovereignty.   I feel that this time marker is yet another opportunity to clarify who you are as an ascending human, and to let go of what no longer serves you on a personal level.

One of my new decisions after this time of reformulation was to start this blog.   After floating in the void until about New Year's Day, I felt like I had been shot out of a cannon and it has been full speed ahead ever since.  I urge all of you to go for it and take a chance. A year from now I suspect that life will be very different for those who do.