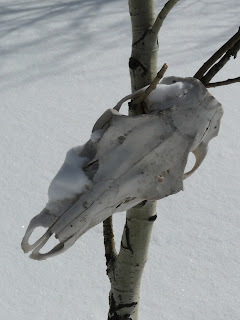 Today, March 17th, marks the 18th anniversary of Robert Monroe’s death in 1995.  Coincidentally, my father died just a few days before Monroe that same year, so it seemed appropriate to use death as the theme for this post.

Ever since my shamanic training, I have been fascinated with the death process and in particular, where we go when we leave our body for the last time.   When I took the Lifeline class at TMI, I was very happy to see that the realms beyond death that had been mapped out there were in direct correlation with what I had learned as a shamanic practitioner.  What I am going to describe here are the levels of consciousness that one ends up in if ascension is not achieved and the soul must reincarnate once again.

When Robert Monroe was researching his then new Hemi-Sync® Technology, he found that the people in his research group had common experiences at specific vibrational levels. The information that these people came back with helped map out a very valid model for the levels of consciousness that are used in the TMI classes to this day.  Monroe used a numerical scale to mark these various levels of consciousness and called them Focus levels.  The levels start at Focus 1, which is the awake and aware state.  Up to and including Focus 21, a person’s consciousness is anchored in their body, even though the altered states get progressively deeper as one goes up the number scale.  Focus 22 is where the consciousness resides of someone who is in a coma, with dementia or Alzheimer’s, under general anesthesia or drug or alcohol induced stupor.  This is a state where the bulk of the consciousness is outside the body but anchored into the body enough to keep the person alive.  For everything above Focus 22, if a person’s entire consciousness can be found there, that means that the person is deceased.

Focus 23 is where the earthbounds can be found.  Focus 24, 25, and 26 are called the Belief System Territories where the soul of the deceased person can create or participate in any reality or strong belief system that they are still attached to after death.  Focus 27 is called the Reception Center or the Park, and is where souls go to heal, rehabilitate, reassess, and prepare for their next incarnation.  If you are interested in going deeper into the explanation for these levels, please read Robert Monroe’s books, and his “Ultimate Journey” in particular.

In the Lifeline class, students are trained to assist those who are stuck in levels 23-26 by helping to guide them up to Focus 27.  This can happen spontaneously at any time, day or night, and many people are quite busy with these rescue operations.  The deceased that is stuck will just show up in the presence of someone who has this training.  During class when we were just hanging out in those levels to see who needed assistance, it was not unusual to encounter a stuck spirit from 100 years ago or more.  One can be earthbound or waylaid in the Belief System Territories for many many earth years.

Shamanically, the same levels apply, but with different names.  Earthbounds are still earthbound, and the next 3 levels go vibrationally from heavy to light in the Peruvian shamanic system.  Focus 24 is the realm of the stone people, Focus 25 is the realm of the plant people, and Focus 26 is the realm of the animals.  Focus 27 is called the realm of the people, and the activities there are the same as far as resolving and preparing for the next lifetime.  I do Shamanic Death Rites at the request of a loved one or family member of the deceased.  The big difference here is that I have to be asked, as I do not hang out in these realms looking for someone to help.  The only exception is when I encounter an earthbound spirit.  Then I go ahead and send them to the light.  In almost all cases after going to the light, they end up in the realm of the stone people, still at a very low vibrational level.

You may have caught on already that I am talking about the vibrational level of the person’s consciousness at the time of death.  The lower the vibration, the lower the level that they will end up in.  This has nothing to do with one’s religion, spiritual beliefs or good works while on planet earth.  It is purely a matter of vibration, which can be enhanced by meditation, introspection, releasing limiting belief systems, healing heavy energy pattens, maintaining good health, limiting attachments and addictions, and working with one's core essence every day.  Love thy neighbor as thyself helps, too.  Focus levels 23-27 are also called Purgatory by the Catholic Church.  As one purges, they automatically drift up the levels to Focus 27, but that can take a very long time.

So, we get back to the issue of escape velocity.  The only way to avoid all of this is to bypass it completely with enough energy to propel either through or around these levels.  In the next post, I will talk about my experience in Focus 27, and this is where it really gets wild.  As far as I could tell when I journeyed there, that level does not have a mechanism in place to go up to the next level after the reassessment process is finished. In other words, one cannot get off of the reincarnational wheel if one ends up there.

Both of my parents died in their home in Illinois, and I had the honor and privilege to do the Shamanic Death Rites for them.  Of course, they are both still on the wheel of reincarnation, as they did not have enough escape velocity to pop through to the 5th dimension.  That is a state that they would have had to earn for themselves, and even I would not have been able to get them there.