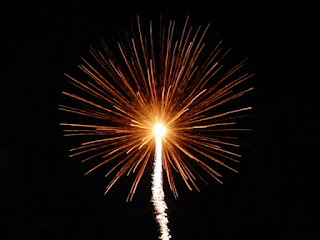 Last month I had an opportunity to watch a YouTube video of part of an evening lecture given by Robert Monroe, founder of the Monroe Institute, on the topic of escape velocity.  He gave this lecture to a class at the Monroe Institute in 1990, five years before his death.

Escape velocity is a term coined by Monroe to mean the amount of energy needed to propel oneself beyond the earth’s 4th dimensional field at the time of the final transition, or death.  Now, where one goes from there is another question altogether.  Some may go on to other 4th dimensional experiences, and some may start their ascension process by propelling all the way to the 5th dimension to merge with their Higher Self.

During the short segment of Robert Monroe’s lecture, he described the process of how we get stuck here in the first place.  Our soul is initially attracted to enter the earth arena for a variety of reasons.  It may be to join loved ones who are already here, to hide out, have a long overdue rest, or “clean the place up” because it is so messy here.  When working with the Quantum Sphere Healing process on clients, I have encountered these themes many times, too.

Once one enters the earth arena for the first time in a body, and then drops that body at the end of that lifetime, one’s escape velocity takes them back almost to their previous energetic level.   I say almost because with every lifetime here, one loses velocity and picks up more and more heavy energy because of the many attractions of earthly life.  We are addicted to the drama of the emotions, the attachments to people, places and things, and the desire to have just one more go around here. Everyone becomes trapped, even those whose intent was to try out life here just once.   As I described in the previous post on the Valley of the Kings, we leave a part of ourselves behind each time we reincarnate, which also contributes to the slow down of vibration.

At some point, this pattern changes, and one starts to build up their vibrational capacity and increase their escape velocity.  Our Higher Selves are in charge of this re-membering process, and quite often a specific trigger is provided to get the return process rolling along.  We could have a life threatening illness, make a major life change, or come upon a certain spiritual path that helps us raise our vibration. Robert Monroe showed that additional lifetimes might be necessary to build up that escape velocity once one starts on the upward path again, so this is not achieved overnight.  Attention must be paid to resisting the temptations of attachment and addiction to all aspects of earthly life.

Those who have reincarnated here on earth at this time are doing so because of the vibrational support that is coming our way from our Sun, the Milky Way, and the cosmos.  Many are here to make this their last lifetime on planet earth because they are ready to move on to bigger and better things.  I say, end on a high note.  By the time you are ready to make your final transition, your life should be the best it can be in every way.  You should be clean and clear, and ready to launch out into the cosmos.  I suspect that at that moment, your real adventure will just be beginning.