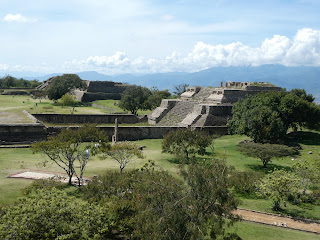 One of the advertised highlights of the trip was a visit to the ancient site of Monte Alban, where we went on our second day.  It is located on a high hill in the middle of the Oaxaca Valley, and was occupied by the Mixtecs and the Zapotecs between 500 BC and 850 AD.   It was also heavily influenced by the Teotihuacan culture which was north of this area.

This is a massive site with large buildings and a lot of open space.  Right away I noticed the stark contrast between the highly decorated Mayan ruins I visited 2 years ago versus the mostly plain facades here.  Below are some photos. 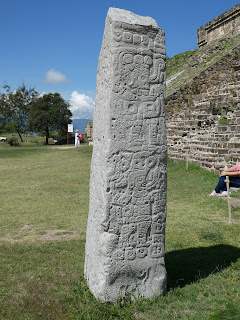 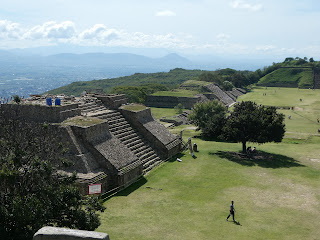 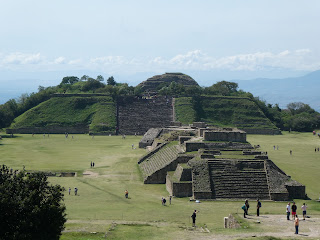 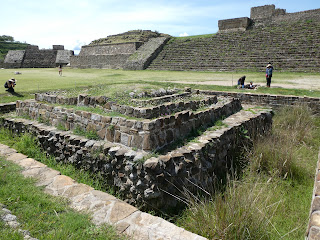 When our group got to Monte Alban, and since this was an archaeological tour, our resident archaeologist proceeded to give us a lecture.  I only stayed through part of it, since I was itching to get around the site.  My mission, as usual, was to find the high energy sacred places there.  It didn’t take long.  I got the biggest hit at the altar in the center of a sunken plaza.  I took out my small crystal skull to get imprinted with that energy. 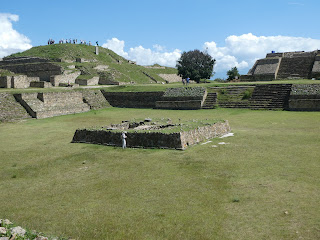 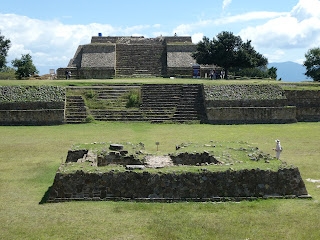 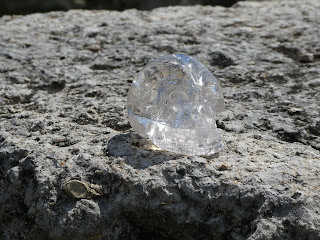 Building J was the other place here that fascinated me.  It was clearly built with archeoastronomy alignments in mind, but to date, no one has been able to figure out what they were exactly.  It's oddly angled walls and fortress like structure is unique in all of Mesoamerica. 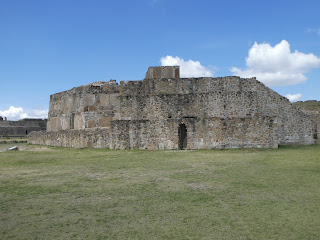 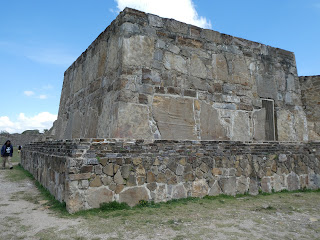 Here is what remains of a doorway that hints of something megalithic. 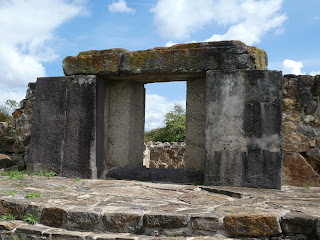 That afternoon, we took a walking tour of the area around the hotel.   The architecture is fabulous, and there are many old churches and haciendas that have been converted into small hotels, museums and galleries.  Hidden treasures were around every corner. 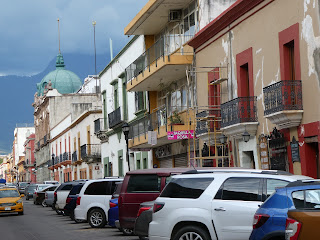 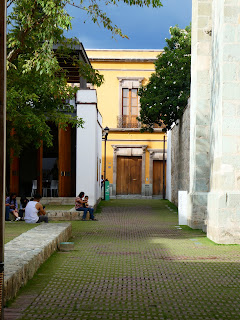 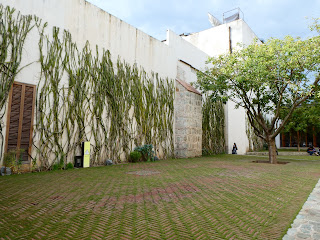 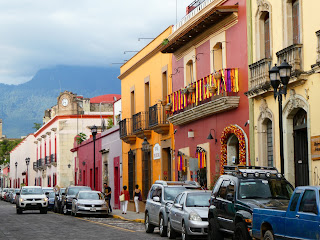 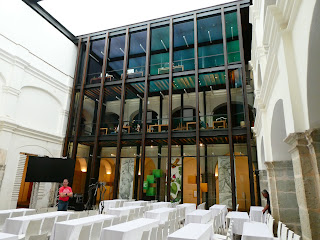 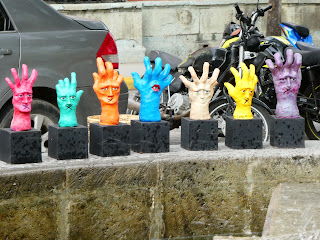