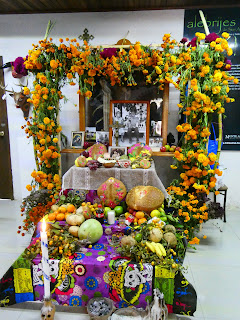 So here we are on November 2nd, All Soul’s Day, and the party is still in full swing.  After yet another full day of touring, there was still an opportunity to wander the streets later on enjoying the street vendors, music, costumes and face painting.

In the morning, we traveled to a village where the specialty is wood carving.  They use copal wood which is very soft and easy to carve. 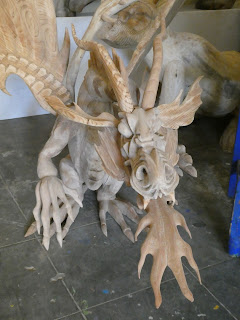 Then we had lunch at a huge open air restaurant, where we were practically the only ones there. 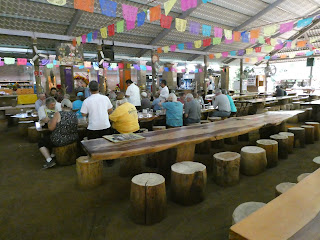 There were several parrots in cages there.  I struck up a conversation with the bigger parrot in this photo.  I said “Hola” in my regular voice, and he responded “Hola” in a deep man’s voice.  It was hilarious! 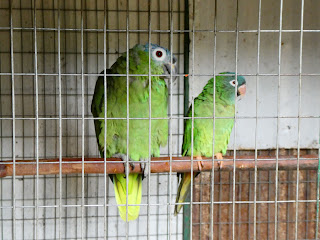 This is a very large wooden sculpture of a group of animals that was on display outside the restaurant. In the afternoon, we visited our final ruin of the trip.  Zaachila was the last capitol of the Zapotec empire, and was still in use up until the Spanish arrived in 1521.  It is mostly unexcavated, and the local people have built their houses on top of a lot of the old city, which would make it even more difficult to continue excavating.  There is an unexcavated pyramid behind the area that has been cleared. 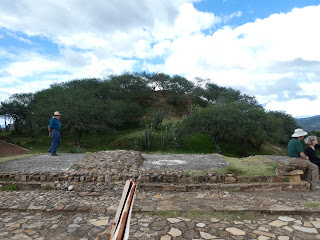 In the center of the excavated portion, there were doorways to 2 tombs. 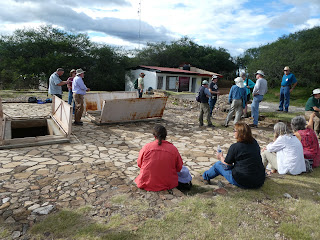 They are well preserved, and it was fairly easy to climb down into the largest one. 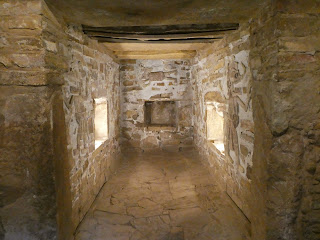 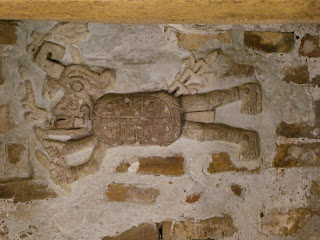 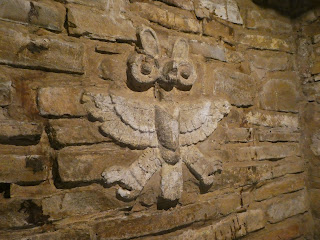 Here are some photos from the second tomb. 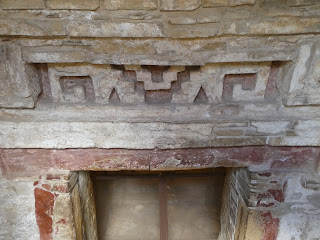 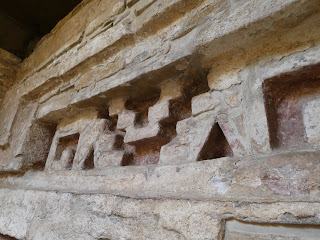 What I found extremely interesting was this photo of a crystal skull in the office of the site.  It says that this skull was found at the site and represents the god of the underworld.  It is now in a museum in Mexico City. 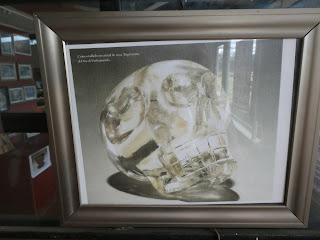 Finally, I’d like to share some of the fabulous murals that we saw on this day.  In recent years, a movement has taken place to train and encourage artists to paint murals around the area of Oaxaca.  Here are some of  my favorites, most of which have the "Day of the Dead" as a theme. 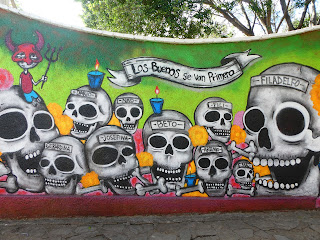 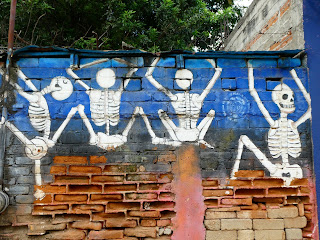 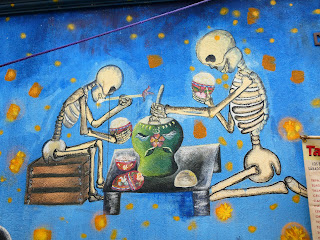 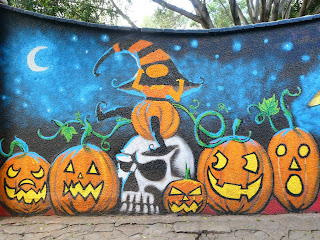 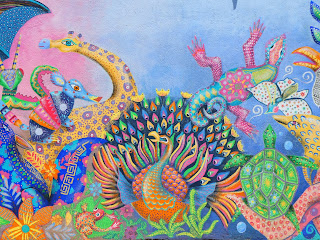 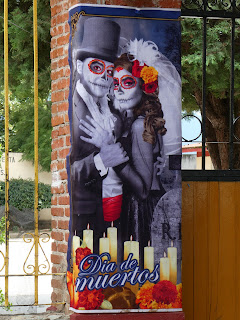 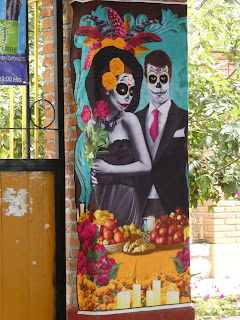