A Day of Archaeology, Part ! 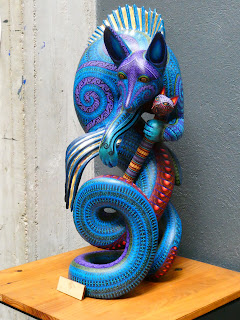 The previous day our group visited several of the local villages where a variety of craft items were being produced.  These included black pottery, woven goods, and some very expensive hand carved and painted wooden animals. The one at the top of the page was priced at around $10,000!  We were also privileged to visit the in-town hacienda of the famous Mexican artist Rudolfo Morales.  He died in 2002, and we were allowed to go into his bedroom/studio which had not been changed since the day he died.

Now, we were packing 4 very interesting archaeological sites into one day.  That was not hard to do since they were not too far apart.   One interesting feature of some of the sites was that there was an underground tomb right in the middle of the living space.  Most likely, the king or ruler and his female consort were buried there, and worshiped as deities.  I did not find this kind of feature in all of the other Mayan sites that I have visited in the past.  In addition, all of the sites we looked at here had at least one ball court.

The first site of the day was Dainzu, which was a Zapotec city founded in 350 BC.  It sits at the foot of a large hill.  The community buildings and the ball court were at the bottom, the palace a bit higher up slope, and the sacred areas continued on up to the top of the hill.  Our guide had helped excavate this site in the past, and told us that all of the rock art and altars were located further up the hill.  I would have loved to go up there, but we didn’t have enough time, and the trails were steep and dangerous. 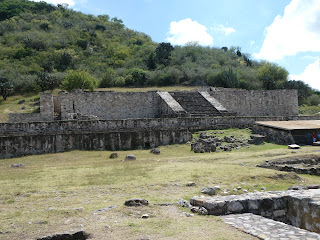 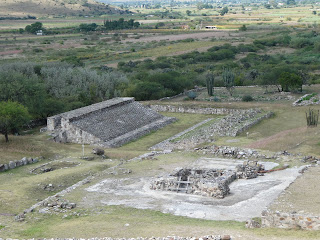 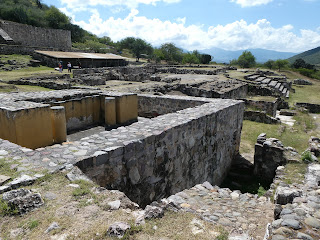 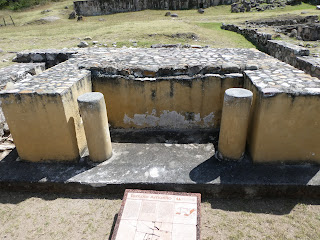 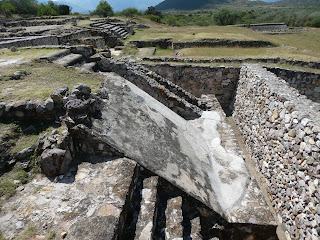 Next, we traveled to Lambityeco.  This site had a totally different feel to it.  The property itself was quite extensive, but only the main building had been excavated.  Here, we also saw the extensive use of stucco, which has a tendency to melt away over time. 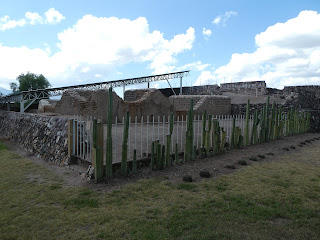 Note the unique use of pottery shards in the mortar of the wall. This is unique to this site. 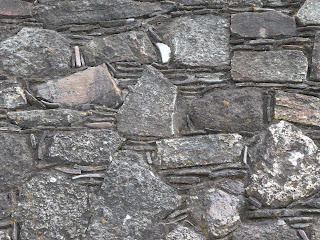 Because of our guide’s connection with the caretakers here, we were allowed to go into the center of the palace to see the friezes and the entrance to the tombs. 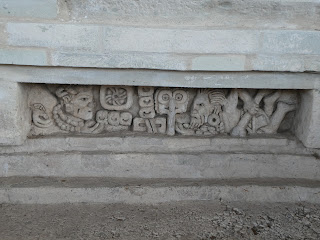 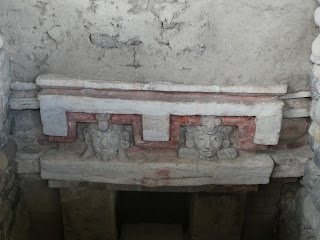 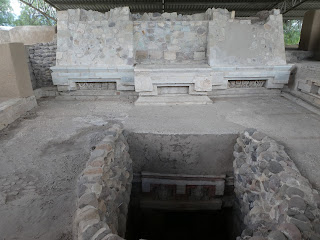 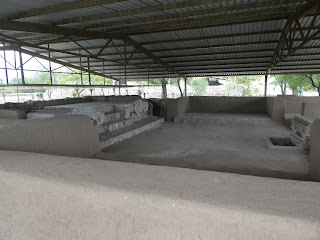 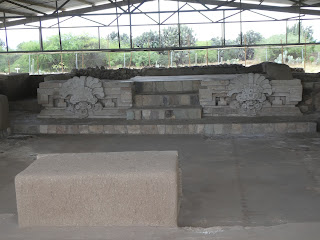 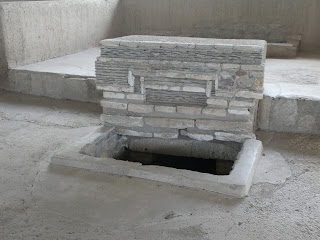 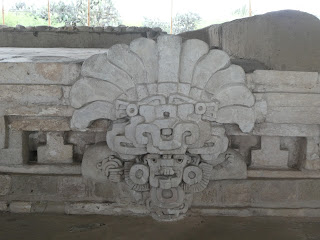 Of course, all of these tombs had been excavated in the past, so there was no creepy energy left from the burials.  I will continue with this day of archaeology in the next post.