A Day of Archaeology, Part 2 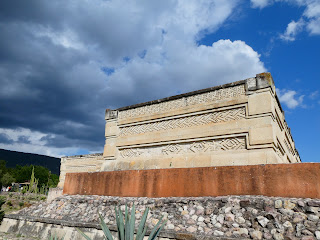 This is the continuation of the previous post, “A day of Archaeology, Part 1”.  After lunch that day, we proceeded to Mitla, which means the “place of the dead”.  This was the religious center for the Zapotecs, whereas Monte Alban was considered to be the political center.  Our guide, Robert, said that the “pope” lived at Mitla!  The Zapotecs believed that this site held the gateway between the world of the living and the world of the dead.  It was very busy when we were there, probably because of the “Day of the Dead” celebrations that were going on at the same time.

We first visited a section of the ruins that had a catholic church built adjacent to it. 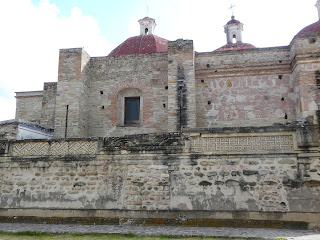 The unique feature of Mitla is the fretwork made of small pieces of polished stone that were fitted together into geometric designs without using mortar.   No other Mesoamerican site has this.  This fretwork covers lintels, tombs, and is generally everywhere one looks. 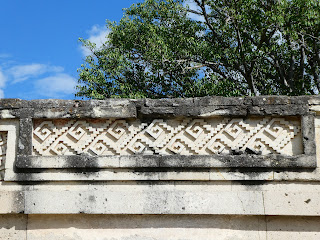 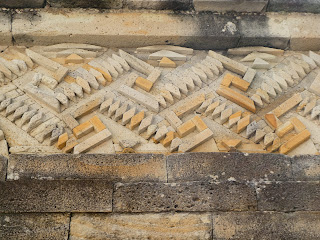 The other aspect that was very fascinating to me and probably not noticed by anyone else was the megalithic aspect of the many lintels above the doorways.  From the back side, these huge stones were rough hewn and eroded and covered with lichens.  On the front side that faced the courtyards however, these stones were very finely cut and pristine looking.  Quite a difference from back to front. 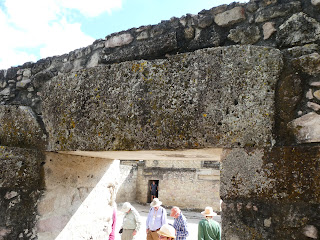 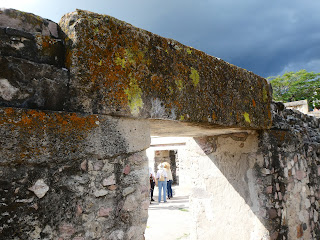 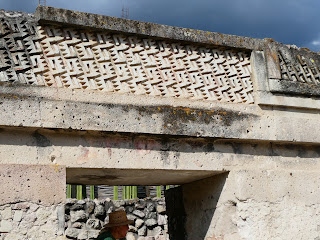 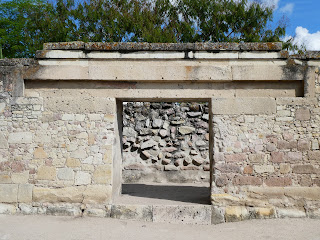 Many of these were also plastered and painted with red designs. 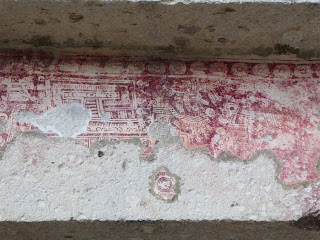 When I asked our guide about how they were able to cut the stones so precisely, he said that they sawed back and forth with a string, and poured sand into the cut to act as a grinding agent.  Well, that may be true for the straight cuts, but what about the stepped areas, as below? 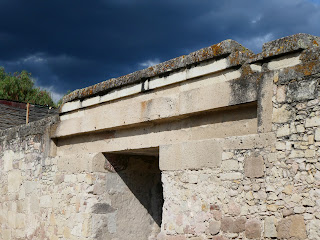 There were also some repurposed megalithic stones used in the outer wall of the church. 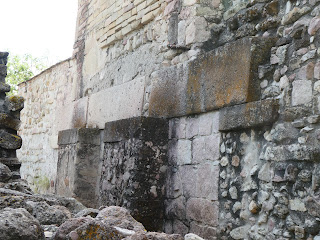 We then walked a short distance to the other and larger part of Mitla.  What an impressive sight this was, with the red outer walls, and fretwork everywhere. 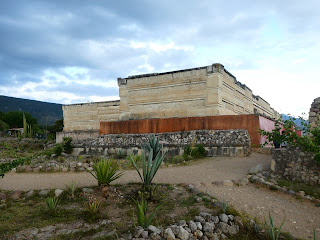 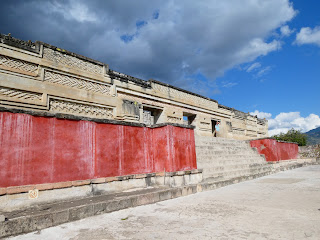 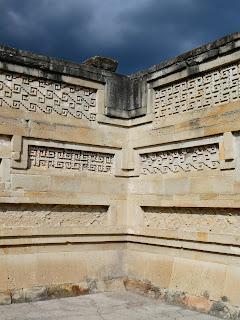 I did pay close attention to similar areas where there were flat, stepped and finely cut panels, but in this location, they appeared to be assembled with small sections, and not carved out of one huge monolith. Also note the finely fitted stones without the use of mortar below. 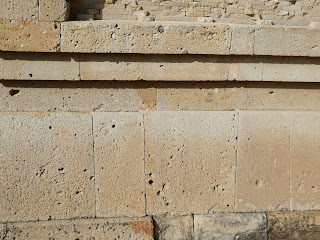 Upon exiting this part of Mitla, I was thrilled to find a monolith propped up in the outer courtyard.  Note the rough and natural surface in contrast to the “sliced” and decorated underside.  Clearly all cut out of one solid piece of rock.  Unfortunately, the temple just behind it had not been restored, and was not open to the public.  I would have loved to do some exploring there! 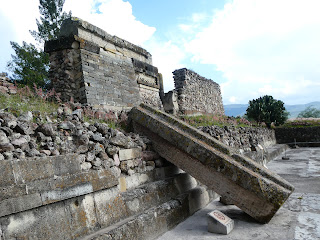 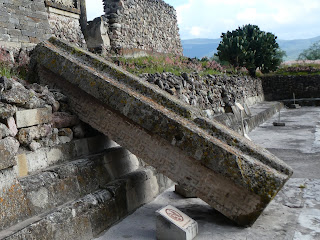 The last strip of the day was a site named Yagul.  What a delight!  The sun was starting to go down, and thunder storms were threatening, so this was a quick visit.  All that is left there are the restored foundations covered with plaster, but you can tell that the buildings here were huge.  This was also a place where one could find a secluded spot and sit in meditation for a bit. 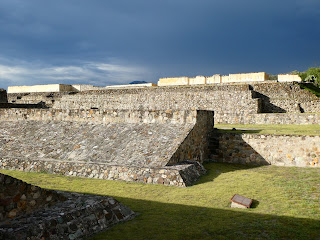 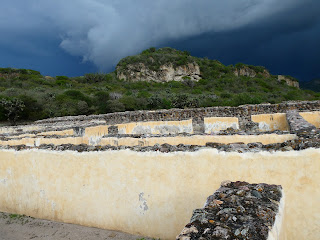 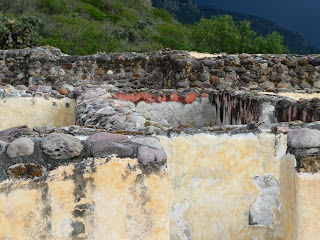 We were also able to go down into a triple tomb that had 3 burial chambers.  Of course, the contents are long gone. 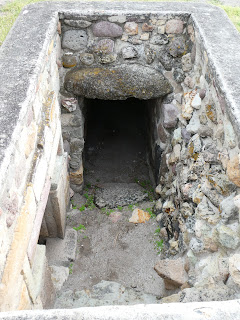 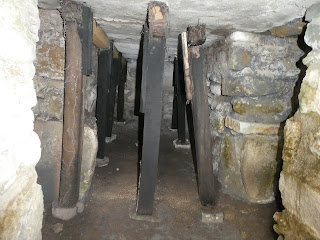 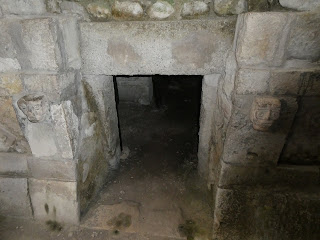 The rain held off until we got back on our bus.  What a lovely and action packed day!
Posted by Carla Fox at 4:01 PM