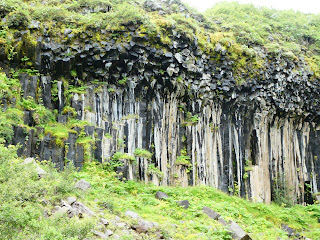 The surface of the land of Iceland consists of many forms of lava.  During this trip, several locations were pointed out where the lava flows happened after the Norwegians settled there in 874 AD.  There was one area where productive farmland was completely covered.  The people there know that something like this can happen again at any time.

When molten lava cools evenly, it contracts and forms hexagonal (6 sided) columns.  I find the patterns that form to be exceedingly interesting and picturesque.  In many places, we saw these columns standing up vertically, curving over, and in cross section.  Below are some photos. 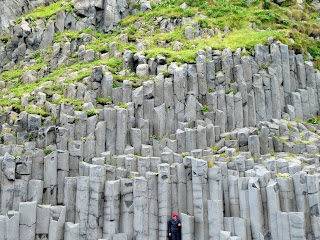 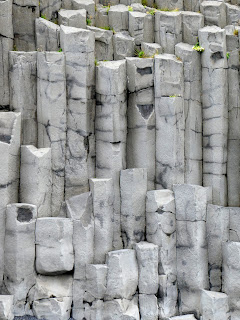 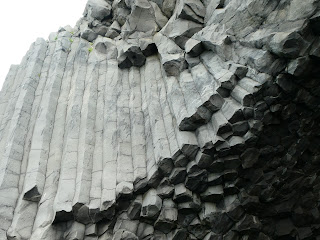 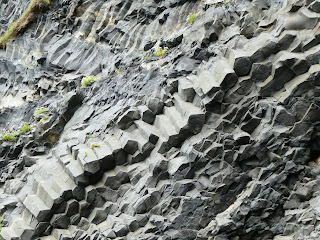 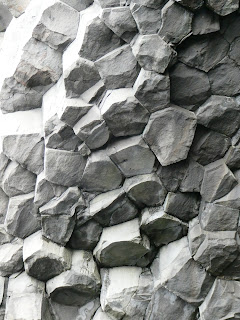 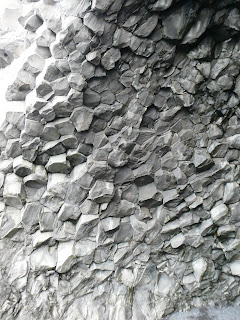