From Day Into Night, Well Almost! 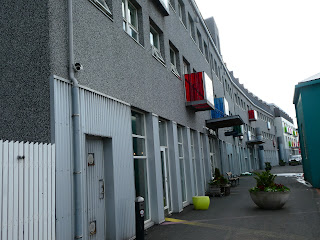 The last night of the trip was spent in the capitol city of Reykjavik, near the harbor in the old section of the city.  Above is our hotel, which was converted from what used to be the only paint factory in Iceland.  Despite outward appearances, the inside was quite nice.  It was also within public bus or easy walking distance to many of the attractions of the city.  Below are photos of the view from my hotel room. 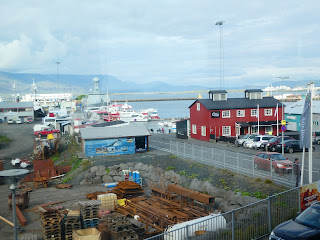 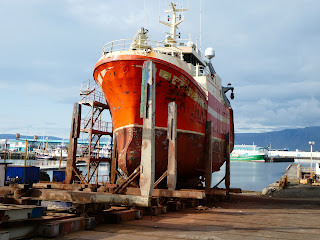 Since I was there just a month after the Summer Solstice, the days were quite long, and it was still broad daylight at bed time and when I got up for the day.  It was a bit weird to say the least.  The first photo below was taken from my hotel room at around 5:30 PM when we first got there.  The next one was taken at 12:30 AM when I got up in the middle of the night.  Note the contrast.  The second photo showed the darkest that it ever got at night while I was there.  Some hotels had black out curtains, but most did not. 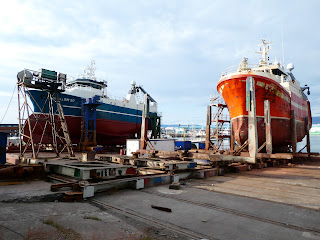 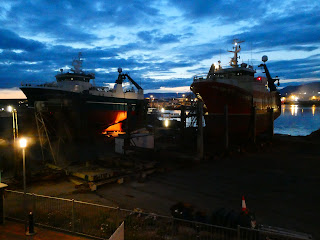 Lastly, here is a photo a few of the glaciers and icebergs of Greenland that I took from my window on the plane on the way home from a really nice trip. 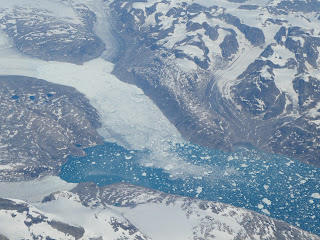