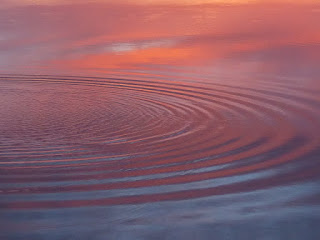 Last night I had a wonderful group of people here at my house for a Vernal Equinox fire ceremony.  Magic always happens during these times of year, and last night was no exception.  I can tell that something is up in the collective unconscious, as not only did I have more people here for ceremony than I have had in a great while, but the Zumba class that I take on Friday mornings was packed to the gills, too.  People are feeling the need to gather with like minded souls.  In whatever way it happens for you, creating community with like minded people who live in your area is very important right now.  Contrary to what some people may think, community like this cannot be created via the internet.  It takes in person contact.

Before I describe what happened to me during the ceremony, I’d like to mention Tom Kenyon’s latest Hathor Planetary Message that was e-mailed out on March 17th.  The message was entitled “Destabilization”.  Nowadays, his messages are few and far between, but very important to pay attention to.  To get on his mailing list, go to www.tomkenyon.com.  To access this and all previous messages, click on the Hathors tab in the left hand column on his home page.

I won’t recap the whole message, and will leave it to you to read it.  I would, however, like to quote one particular section where he discusses the increasing destabilization of all aspects of our reality.   “One marker, evolutionarily speaking for transition states between dimensions as a human being, is the growing perception that life is a dream. If this occurs for you, you will experience your life and the events of your life as having a dreamlike insubstantial quality. You will still have to deal with the realities of your physical existence, but there will be an increasing sense that your physical existence has an unreal quality about it.”  Wow!!!  If you read his whole message, you will get the explanation and his recommended advice for this situation.

Now, getting back to my experience during the fire ceremony, I believe that I experienced what he was talking about.  We chant a fire song mantra during most of the ceremony that keeps our brainwaves in the altered state of theta.  It was during this portion of the ceremony that I started to feel as if I were observing a dream sequence.  It was as if I were watching the group from afar, like looking at them through an ever lengthening tube.  I even physically backed up about 5 feet out of the circle several times to see what the effect would be.  It was very much like a living dream, and kind of surreal.  That is why I entitled this post “Dimensional Shifting”, because there was a distinct feeling that I was starting to drift up the dimensional scale by a fraction.

According to Kenyon, our nervous systems may also be destabilizing, which can cause this dream like perception, but I do not feel that that was the case with me last night, as I had complete control over what was happening.  If you find this happening to you, I would say that your first step would be to gain control over the phenomenon and also make sure that you are totally grounded.  If you suspect a nervous system issue, you might want to investigate supplements that will strengthen this part of your physiology.  Cover all of your bases.  On the other hand, this may be an increasing phenomenon that can’t be stopped as it is a part of the transition process that all of humanity is going through currently.  As always, use your own guidance regarding this, but do all you can to support yourself in every way.
Posted by Carla Fox at 4:56 PM