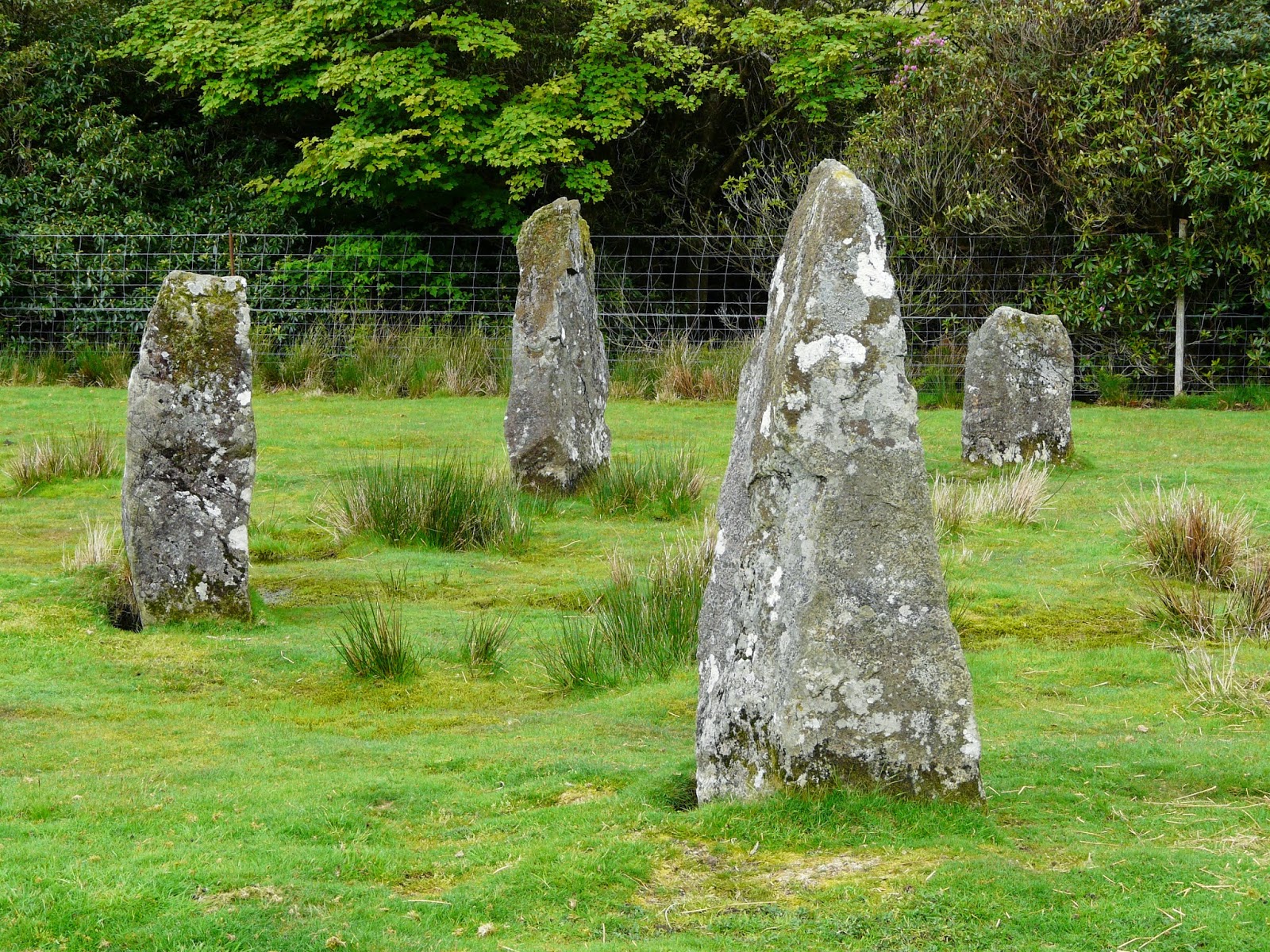 The morning after our adventure at the Lochbuie Stone Circle, I went into a meditative state and received some information on how some of the stone circle ceremonies were done.  As you can see in the photo, some of the stones are taller and pointed, and some are shorter and rounded off on the top.  Traditionally, the taller pointed ones are male oriented and the shorter rounded ones are more female in nature.

The vision that I saw in my meditation showed that once the participants were in place, the priests and priestesses of the clan would enter the space to start the ceremony.  In the case of the Lochbuie Stone Circle, it would most likely be from the east where the marker stone was located.  They then would each step behind their assigned stone.  I do not know if they were paired up by the sex of their particular stone or not at this point.

Finally, each priest or priestess would project their energetic essence into the stone in front of them while their bodies remained standing behind.  These essences would embody the stones and then proceed to link up in a circle.  This would create a group consciousness for the purpose of uniting the community in the energy of the ceremony, thus having an effect on everyone present. The energy created would also be exponentially much bigger than just the sum of what the priests and priestesses embodied on their own.

I have to say that this reminds me of the group energy that is created when I conduct solstice and equinox shamanic fire ceremonies at my house.  We have had remarkable energetic occurrences happen during these magical nights.

I got more of a feel for the group consciousness of a stone circle later that morning at the Field of Mary Stone Circle.