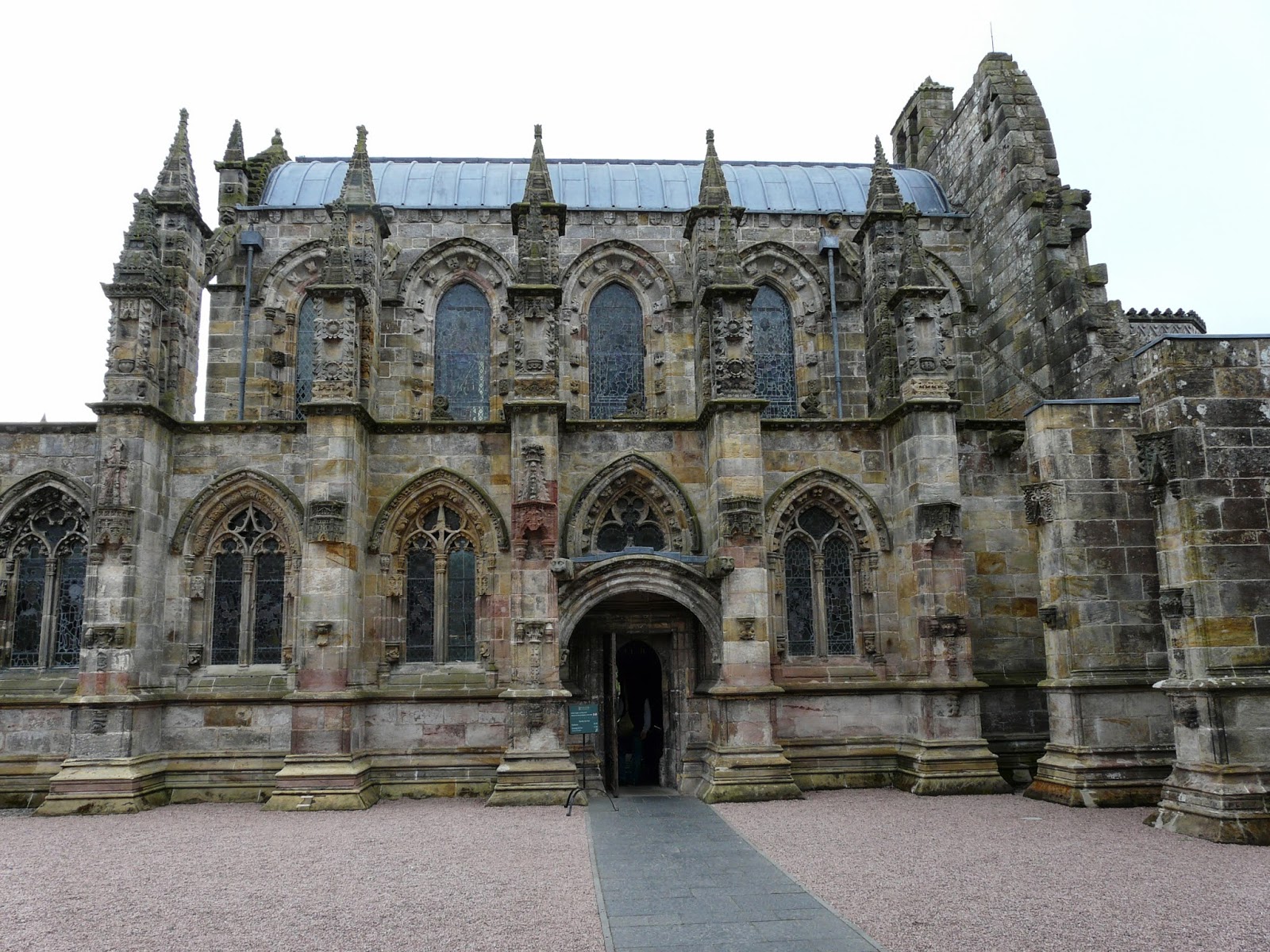 This is the last post I will be making on the recent trip to Scotland.  It was our last day on the tour and our group started with a visit to Rosslyn Chapel, which is about a 30 minute drive to the south of Edinburgh.  I say revisiting because I was there with a different group 2 years ago to spend summer solstice 2012 in this fascinating place.  To read about that, go to my post describing my experiences on that very energetically significant day.

One thing was different for sure.  In 2012, it was not only raining that day, but part of the outside of the chapel was covered with scaffolding because of the long term renovations that were being done.  On the recent visit, the scaffolding was gone, and it was a sunny breezy day.  Wonderful weather!  We were even able to eat our lunch there outside later in the day.

Since this was my last full day in Scotland, the visit to Rosslyn Chapel was the frosting on my cake.  I took my time wandering around the grounds and then went inside to meditate.  The chapel is such a wonderful place to do this in, even when it is full of visitors.  After a brief visit to the high energy vortex in front of the altar, I proceeded to enter the crypt.   This is a room that is attached to the back of the chapel and is accessed by going down a steep flight of stairs.  One has the impression of being underground, even though there is light coming in from the stained glass windows.  From the outside, one can see the crypt built onto the back of the chapel and against the slope of a hillside.

This time around, this room is where I found the most powerful energy.  Coincidentally, the scaffolding was over this part of the building 2 years ago.  Was it interfering with the energy?  Who knows?

After a few moments standing in the crypt, the familiar spinning and full body vibrations started up again.  I just went with it and made sure that I was fully grounded.  The day finished up with a visit to the ruins of the Temple Church and Cemetery with many headstones marked with Knight’s Templar symbology. Then a climb down to Wallace’s Cave on the banks of the River Eske.  What a way to finish up a fascinating week in Scotland!