Splitting of the Worlds 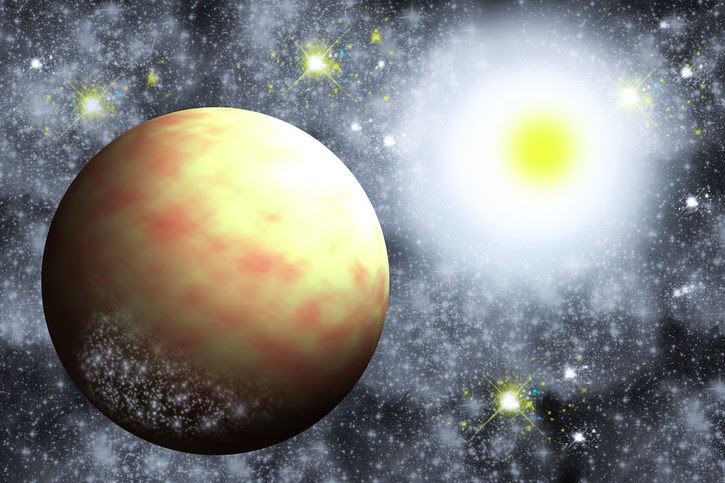 I have been aware of the phenomenon of the splitting of the worlds for many years, at least going back to the early 90’s.  The premise is that the earth would split into 2 versions of herself, with one being of a higher vibration and the other of a lower vibration.  The version of earth that we now know would cease to exist.  Those who end up living on the higher version would have "ascended”.  The others would continue their 3D experience on a different version of earth, or perhaps another planet altogether, that would be harsher than what we now experience.

Looking back on those scenarios, they do seem to be quite simplistic compared to all of the possibilities that have come forward in the last 10 years or so.  As we have aspects of self in other realities, the earth may have aspects of herself in other realities, too.  I remember an incident that happened when I was studying with a spiritual teacher in the Chicago suburbs in 1991.  Several of us had just arrived for class and were remarking about the very heavy energy that we were sensing worldwide that day.  According to our teacher, a parallel version of earth had just blown up as a result of a nuclear war.  My first thought was, how many more earths are there, and can we afford to lose any of them?  Was this a version of the splitting of the worlds and were each of the parallel earths holding a different vibrational level?  Probably so.

Certainly, those of us who are doing our work, waking up and evolving spiritually can see the masses of people who are still asleep.  Why do you think that the zombie theme is so popular in entertainment these days?  Our planet is populated with millions of them.  Have you noticed, depending on your work situation or circles of family and friends, that you may feel as if you are dealing with people from another planet most of the time?  They don’t seem to relate to the world in which you are living.  Your worlds are still entangled. What about living a life where most people are evolving the way you are?  That would be rare indeed nowadays, but would also be an indication that you have successfully split from the lower density world around you.

This split is created by differences in vibrational resonance.  Like always attracts like, so the vibration that you hold will draw to you more of the same.   Or, on the other hand, start to repel those who are of a clear difference in vibration.  This happens within friendships, marriages and family units.  A year ago a female friend of mine had a big melt down and dumped me.  Big drama there.  We live in a fairly small community, and in spite of that, I have not run into her since the big event.  Our worlds experienced a total separation.  We no longer share a resonance in vibration.  The karma is clear.

This is a scenario that I’m sure most of you have experienced.  Once a relationship is finished, there is no longer any force that draws the two of you together.  It’s almost as if you never even knew the other person.  If there continues to be a draw, however, that means that there may still be some karma to clean up.  A good practice, if this is the case, is to affirm and intend every day that the karma between you two be cleared completely.  That should move things along.

Getting back to the big picture of earth and her human inhabitants, I suspect that the splitting of the worlds will be much more complicated than what I thought in the 90’s.  It might be a more gradual and multilayered process.  Here is where discernment plays a part.  It is not possible nor is it advisable to be emotionally engaged in every big deal world event that is broadcast on the nightly news.  You know what I am talking about.  Ditto for the never ending conspiracy theories that are put out there, even though a lot of them may have validity.  Pick and choose what is yours to engage in and what is not.  Which issues match your vibrational level, and which do not.  If you engage in the ones that do not, your personal vibration will drop to the level of what you are involved with and you will energetically merge with that world.  That is exactly how we got trapped here in the first place!  Our goal here is to attain escape velocity and exit the earthly arena at the end of this lifetime.

I have had an idea for a long time of what it might look like if people started disappearing off of the face of the earth.  Perhaps ascending or entering another kind of reality.  Imagine that you are living with a partner and that one day you wake up to find that person missing.  Not only that, there is no evidence that he or she had ever lived with you.  There are no shoes, clothes, books, cars, golf equipment or photos of that person.  It’s as if someone came in during the night and removed all of those things.  What would you do?  My sense is that because of the sudden split of their world from yours, you both would end up in 2 totally different vibrational realms.  You might retain a brief and fleeting memory of your previous situation, but that memory would very quickly fade.  It would then be back to business as usual for you as if your previous life never existed.  Sounds like science fiction, doesn’t it?

The more likely scenario would be the splitting of the worlds that I experienced with my former friend, which would be a more gradual process all around.  The trick is to “know when to hold ‘em, know when to fold ‘em” as the song says!  It’s all in the learning and experience down here on planet earth.