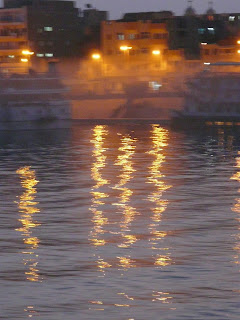 In previous posts, I wrote about the entities in sugar and gluten, and the entity associated with Reiki.  A few weeks ago I worked on a client who needed all of his substance abuse entities tracked and removed.  This is a young man who has had an extensive history of certain legal and illegal substance use and who has been off of everything for several months now.  I really have to give him credit for going cold turkey!  I feel that he is also waking up spiritually and is determined to clean up his life.

For me to do effective work on this type of client, the person has to be clean and sober, which this young man is.  Otherwise, we are wasting our time, as the continued use of the substances will only allow that particular entity to reattach after I have removed it.  We had done several previous shamanic healing sessions in which numerous dark attachments were found and removed.  During the intake for this recent session, he mentioned that he was still occasionally having dreams about being menaced by a dark figure in his bedroom.  I generally do not work with dreams, but in this case this was a recurring theme, so we put off his soul retrieval in favor of more cleanup work.

I made a list of the substances in question before starting.  We had magic mushrooms, ecstasy, LSD, marijuana, alcohol and tobacco.  Some of these had been rarely used, some were habitual.  The associated entities feed off of the physical and energetic reaction that the person has when using the addictive substance.  Additionally, they generate cravings so that their need to feed off of the human is always satisfied.

The availability that anyone has to any attachment like this varies from person to person.  Genetic inherited predisposition can be a big factor, as is the degree that a person is not “occupying” their body.  I always say that when the house is empty, the bums move in!  For some, all it takes is one sip or one puff, and the entity can take over.  Have you ever had the experience of trying to have a conversation with someone who has been drinking, and you just know that you are talking to someone other than that person?

As I went through the session protocol, I was on the alert for the appearance of any attached entities.  If they were there, they would be floating outside the body and attached to a specific body part by some sort of string or cord.  Without going into specifics, I can describe the characteristics of the attached entities that I found.  The magic mushroom entity was like an amoeba, very slow and sluggishly moving along.  The ecstasy entity was a stark contrast, being spiky and angular, and very hyperactive, moving around a lot.   The LSD entity was like Tinkerbelle, floating around in its own fantasy land environment.

The alcohol entity was by far the nastiest.  The 3rd chakra or solar plexus area is known to be the area where the tendency towards alcoholism shows up in several different ways.  This is where this one was attached.  I took some time to track back to when this entity first attached and it said that it jumped on during the first drunken weekend that the client experienced at an early age.  Afterwards the client confirmed his sense of this.  Interestingly enough, I did not find entities associated with the tobacco or the marijuana.  Either they were not there, or were not active at the time of the session.

I must emphasize that any of these attachments will come back if the substances are indulged in again.  The entities use the addictive substance as their vehicle.  The degree to which this can happen is again related to the genetic predisposition and other additional factors.  For those who are highly sensitive or highly addictive, abstinence is probably the best policy until they address other energetic issues that they may have.  As they detox and become more aware and grounded, it will become very clear when an unwanted passenger has jumped on board.