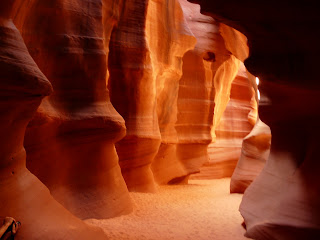 The last exercise that we did at last weekend’s Quantum Sphere Healing workshop is called Quantum Retrieval.  The usual protocol is for me to lead all of the exercises while monitoring and observing the class participants at the same time.  For this final exercise, I lead it and participate at the same time.  That might seem to be a bit tricky, but there is a segment of time when I am not doing any talking and the class is doing their retrievals.  I can go ahead and do my own at that time before finishing up the exercise for the class.  This process can be done for a client or for oneself, and in this case, we all did retrievals for ourselves.

I have done many shamanic soul retrievals during my career in which a lost soul piece is retrieved and brought back into the client’s 4th dimensional energy field.  The Quantum Retrieval is different in that it is performed at a much higher vibrational level than the shamanic soul retrieval.  We are retrieving an aspect of someone else, or in this case, ourselves, that has been stuck somewhere.  These locations can range from this lifetime to past lives or even parallel realities.  The Higher Self of the person needing the retrieval starts the process by going down what looks like a tunnel, and is a tool of sorts for entering another timeline or reality.  It then pops out into a scene where the aspect is stuck.  After assessing the scene and determining the identity of the stuck aspect, the Higher Self then absorbs this aspect into itself, and backs out of the tunnel to return to the present.  In most cases, this timeline/tunnel also collapses after the Higher Self withdraws thus dissolving that whole pathway.  The energy of the stuck aspect is retained by the Higher Self, and is not added back into the person’s 4th dimensional energy field as is done in shamanic soul retrieval.

Everyone had a chance to share their retrievals afterwards.  How each will integrate and shift as a result will be determined as time moves on.  This type of retrieval seems to have the effect of getting the client unstuck and moving forward while also minimizing the possibility of similar circumstances repeating in the future.  I do know that with soul loss in the shamanic sense, the person keeps looping back to the loss on an unconscious level.  The original trauma and loss, generally from childhood, is reenacted time and time again until that soul piece is retrieved. It is undoubtedly the same with this.

In my retrieval, I went to a time that I assume was a past life on Earth.  I saw my stuck aspect as a young man who had been thrown into a snake pit full of writhing black snakes.  The location felt like ancient Greece or Turkey, and was a circular underground room that was lined with bricks.  On a wide ledge above and encircling the pit stood several men wearing robes and what looked like bishop’s headgear.  Members of the Orthodox Christian church perhaps.  The emotions of the young man were dismay and disbelief at being blindsided and betrayed.  He was totally clueless as the snakes engulfed him to his death.  He felt that he had done nothing wrong to deserve this fate.

As with all work of this sort, one can go back and forth on the time line of the event to find the appropriate intervention point.  My Higher Self went backwards in time a bit, absorbed that young man just before the snakes engulfed him, and returned to the present while that time line collapsed.

After I described my retrieval, one of the students asked me if that theme had come up at any time during my life.  It didn’t take me long to realize that, yes, it had come up.  In 2000, I had been thrown out of a spiritual group that I had been a member of for a few years after working hard and doing everything that was asked of me.  For some reason I had offended the female leader of that group and I had to go.  I was then blackballed and badmouthed to the remaining members.  This was a familiar pattern of behavior for her, as she had done this to many people before me.  Another female leader of a group that I had been associated with earlier than that energetically attacked me on a trip to Nepal.  There have also been several personal incidents with individual women mirroring the same theme.  Each time these incidents have come up, I have done more work with the toxic female within and without, as these women served as the mirror of a strong genetic matriarchal pattern in my family.  In spite of that work, it seems that there are always deeper patterns to be uncovered and resolved as we evolve along on our path.  I am hoping that this Quantum Retrieval will move me further along the path to a final and permanent resolution.  Time will tell!
Posted by Carla Fox at 5:37 PM