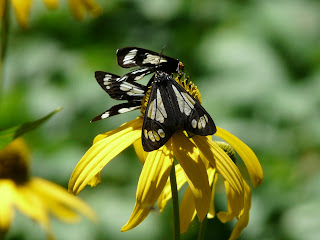 In the next few posts, I will be writing about various energetic dynamics that might be considered shadow work, as these patterns can be hidden until you bring your awareness to them.  These are all patterns that, when triggered, will cause you to be thrown off of your center or become ungrounded.  In these times of chaos and uncertainty, it is vitally important to remain balanced and centered if one is to be the calm in the midst of the storm so to speak.  That can be very difficult depending on the circumstances.  Yesterday, the huge mega tornado hit near Oklahoma City, and I can only surmise that those who can maintain their composure and balance will be most effective in dealing with that disaster.

The concept of victim, perpetrator and rescuer was introduced during my shamanic training with the Four Winds Society.  In our west direction class we worked with 3 ancestors and 3 of our past lives that fit into these categories.  The goal was to transform these patterns in our own lives.  Unfortunately, the way this was taught created the belief that the “negative” patterns were the victim and perpetrator, and the “positive” pattern was the rescuer.  After a lot of work with this in subsequent years, I came to the conclusion that all of these were dysfunctional shadow patterns that everyone embodies from time to time, and I named this energetic pattern the “Toxic Triangle”.

Personally, I worked with this energetic dynamic between myself, my sister, and our mother.  My Dad passed away in 1995, which left the 3 of us until our Mom passed in 2008.  Boom!!!  The toxic triangle became activated big time!  Not that it hadn’t been there before, but it really became amplified at that point because my Dad was no longer present to be the recipient of my Mom's chronic displeasure.  My sister and I were pitted against each other, gossip and innuendo were the order of each conversation, and energetic attack ran rampant amongst the 3 of us. Our mother perceived herself to be the victim, and in her eyes, the two of us flipped back and forth between the rescuer and the perpetrator depending on the circumstances.  It became so bad that my sister and I agreed to not carry tales from our mother to each other.  To the best of our ability, we stepped out of that dynamic.

The toxic triangle consists of the perpetrator, the victim and the rescuer.  In a relationship between 3 people, each may take on one of these roles most of the time, but what is important to remember is that these roles rotate around amongst the participants.  This is where we also see the shadow at work.  One may feel victimized and will go on the attack as a result, becoming the perpetrator.  The rescuer may have been victimized in some way in early childhood, and is projecting that status onto others that they feel need rescuing.  A perpetrator will act out the unresolved anger at not having been rescued or taken care of adequately as a child.  If the rescuer does not do a good enough job at rescuing, they come under attack, and take the victim stance.  No good deed goes unpunished.  Hell hath no fury like a woman scorned.  The list goes on and on.  Of course, these dynamics go on between 2 people, but when a third is introduced, the toxic triangle is activated.

Remember also that because we have a shadow aspect, the opposite of the behavior that is being openly displayed is going on in the person’s subconscious.  Thus, the sweet innocent put upon “victim” undoubtedly has a lot of anger inside.  This person may need rescuing frequently, or will use a passive aggressive attack mode to get what they need  The drive is to balance out their own inner toxic triangle.

Coincidentally, the triangle is the most stable of the simple geometric forms.  Its shape cannot be distorted by pushing on one of the points.  This has to tell you how strong this pattern can be, and how hard it is to break if awareness is not brought to it.  If you look back on problematic threesomes in your life, you will see how this dynamic has played out.  You may have been part of a twosome or a foursome that through circumstances shifted to a threesome.  How did this change the interactions between you?  I definitely saw a difference after my father passed.  My sister and I actually had a conversation recognizing that without my father as the buffer, we were going to be directly in our mother’s sights.

So how does one resolve the toxic triangle?  Consciousness awareness is the first step.  Work your issues as they come up and do your shadow work.  You can also simply step out of the dynamic of the threesome and deal with the other two on a strictly one to one basis.  This is what my sister and I did by disengaging the side of the triangle that joined us and also by dealing with our mother without dragging the other into the mess.  This worked most of the time, but was still a kind of disconnected and isolating way of dealing with things that did not really satisfy anyone.

We are here in this reincarnational cycle to resolve our polarities and come to a center point, transcending issues.  This center point can be in the middle of the energetic triangle, but that is still a position that can be pulled over to one of the 3 dynamics too easily.  I prefer to rise up above the triangle and take a position at the apex of a newly formed 3 sided pyramid.  This is the observer position that is achieved by doing one’s inner work and it also creates an extremely stable geometric shape as a result.  The trick is to actually do your work and not put yourself in that position as an avoidance strategy.  You will know that you are making progress when you are pulled into the toxic triangle less and less and are able to hold your center and inner balance more and more.
Posted by Carla Fox at 10:00 AM