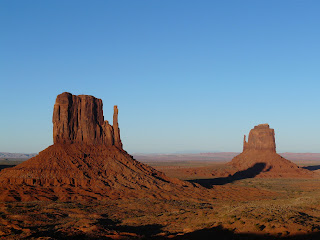 One of our tasks as spiritually evolving human beings is to raise our awareness levels.  This is actually the first and most important step to resolving issues, but can be the most difficult if one does not have the tools to go about recognizing what is hidden from us.  This is commonly called our shadow.  Everyone has a shadow aspect and this part of us exists as a result of dropping down in vibration into the realms of polarity where we now focus our attention.  So we have a conscious aspect and an unconscious aspect as well. All shamanic practitioners, myself included, are well trained to ferret out the hidden aspects of their clients.

What is in our shadow?  It is quite loaded with stuff and can appear to be quite complicated.  Anything we would rather forget, consciously or unconsciously, can be stuffed into our shadow.  These are life’s traumas and embarrassing moments.  Soul loss can be a result of experiencing a trauma and is the psyche’s way of protecting us from continually re-experiencing that trauma.  Our inherited genetic patterns for dysfunction and disease, and past lives where we have been maimed or died badly are a part of the shadow.  So also are many belief systems, pre-verbal childhood experiences, soul contracts, problematic emotions we would rather not acknowledge having, needs we do not know that we have, issues around abandonment or not being seen as a child, and the list goes on and on.

I do have to say here that our shadow is not all negative.  We also have a positive shadow of wonderful talents and attributes that have been stuffed because we cannot or will not embody these aspects of ourselves for a variety of reasons.  Low self confidence or self esteem would be a reason for this.

We create our reality, the good, the bad and the ugly, 100% of the time.  Remember that this is for our experiences and learning on Planet Earth.  So you say, “Why would I choose to be beat up, abandoned, maimed or killed in a nasty way?”  For the same reason that you would choose to be a millionaire, good looking or a talented musician.  This is so that your totality throughout all time and space can experience everything!  In one sense, we are playing here with everything that the earth school has to offer so that we can graduate and move on to the next stage in our evolution.

Keeping a part of ourselves hidden away wouldn’t be much of a problem except for one big reason.  We are creating our reality from our conscious awareness day by day, but also from the hidden aspects in our shadow.  A simple example is this.  You are in a relationship and your daily intent is to treat your partner with loving kindness as often as possible.  After all, you value this person and the relationship that you have.  In spite of this, every once in a while, the other person does something very innocently and without negative intent that triggers you and you fly into a fit of rage.  Or you withdraw into sullenness.  Your behavior bothers you, and yet you are clueless as to where your response came from.  Your shadow of course!  In the mean time, the relationship suffers as a result.

Because the shadow is hidden, it cannot be worked with directly.  If you acknowledge and accept that you have created your reality from many levels of your own consciousness, and that everything around you is an aspect of your creation, then you can own what is going on and take steps towards bringing the problematic issues to full consciousness so that they can be resolved. I encourage you to take a chance and own your part in whatever is going on.  That is the only way that a shift can happen. Allow the feelings to rise up without stuffing them. At this point I will refer you back to the post entitled "Working Your Stuff" for methods of doing this.

Any time you have been triggered into an out of balance emotion, belief or attitude, your shadow has brought an issue to your attention.  This can be very subtle, so pay attention.  If you find yourself pointing the finger, turn that finger around, as an aspect of yourself has just been mirrored to you. A client recently told me that he does not like to do shadow work, as he feels that it focuses too much on the negative aspects of life.  Since we live in a realm of polarity, every dark cloud has a silver lining.  With shadow work, that silver gem within the difficulty can be released and embodied for your benefit.  I say, relish the difficulties in your life.  You have created them to show you something about yourself.  There is no better feeling than when you have realized the “Aha!!!” and really gotten it.

Consider, too, that because we live in a world of polarity, if the light is emphasized, the dark, or hidden is equally emphasized as a result.  So emphasizing the positive of any situation creates an out of balance effect and feeds the shadow.  The shadow gains in power and will act up at some point.  When that happens, it can't be overlooked!

The recent difficulties with my former friend has provided me with several avenues for introspection, self discovery and healing.  This is as it should be as I do my best to walk my talk.  I also suspect that the matrix programming of the synthetic universe is all a part of the collective shadow of mankind.  It will be quite a challenge for each to weed through all of that, and in future posts, I will do my best to give some of my own insights.
Posted by Carla Fox at 12:30 PM