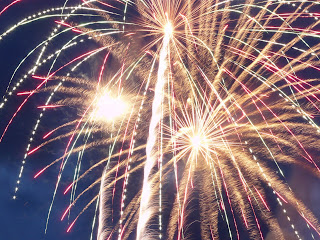 I just wanted to write a bit about the aftereffects of the Vernal Equinox before getting back to the information on my experiences at the Monroe Institute.  As always, I totally honor each person’s personal experience with this, as each will perceive the equinox shift through their own individual viewpoint, knowledge base and prior experience.  It is all in perfection and contributes to the evolution and awakening of the whole of humanity.  Bravo to all of you!

For me, this was quite a different experience from the energy of the Winter Solstice. After that milestone event, we floated in the void for about 10 days, while this energetic milestone had a definite progression to it.  After propelling through the golden portal, I found myself buzzing with that golden vibration for about 24 hours.  I can only surmise that it took that long to actually get through the portal, as if it had a length to it like a worm hole does.

I then popped out into a space that seemed somewhat contained.  There were fine threads of energy crisscrossing at odd angles everywhere and at each cross point there was a spark of light.  More and more of these threads appeared, and the webbing became denser.  At a certain point, an opening into the contained space appeared, the webbing blew out much like spores spraying out of a ripe puff ball. The webbing then started to unite with other webbings that had been created in the same way.

The whole time that this was going on, my impression was that this was a new way of creating through thought, as my mind felt very active while experiencing this. The contained space was necessary to shield the thought impulses from interference by the synthetic programming beliefs and patterns.  Then, when the thought creations were solid and strong enough, they were birthed to join up with other thought patterns.

So what are we looking at here?  The ability to create a new reality free from predetermined programming.  This is huge if we as a human race are to evolve and create or even recreate a reality that is authentic, autonomous and respectful of all life.

This week, we were launched into a space that is clearer and more solid, and at the same time, has more possibility for positive change.  Time will increasingly become more flexible and malleable as we progress to the “no time” state.  Individual awareness levels will continue to go up, as will the levels of personal autonomy.  All this is great for those who are awakening, but a bit scary for those who are embedded in artificial paradigms or rigid belief systems, so some upheaval is to be expected.  All we can do is ride the waves of change and be creative about solutions to issues that come up. If what I experienced after the equinox is a valid model, we now can expect spiritual change and evolution to proceed at an exponential pace.