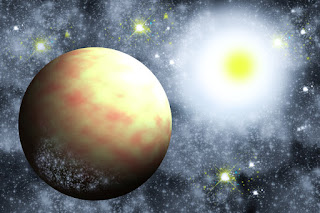 This is a topic that I have been kicking around for some time now and it is not yet clear in my mind, but I am getting there.  A lot of information has been coming in during dreamtime, so it is time for me to lay it all out for you.  The topic is astrology.  Now, you may not know much about astrology, or even care, but in my quest to uncover any matrix programming coming from the synthetic realities that keep us stuck here, I have been examining astrology for a while.

Astrology involves a system of 12 archetypes that are loosely based on 12 constellations that exist in the ecliptic, or the path that the Sun and planets take as they appear to go around the Earth.  This is a 360° circle split up into 12 sections of exactly 30° each.  A natal chart can be cast for you according to your date, time and place of birth showing where all of the planets fall in the 12 sections or houses.  The planets are also archetypes.  An interpretation of your chart is then done from that information.  This is the simplified version, but you get the idea.

Each planet in our solar system is ensouled by a being.  Our Earth Mother isn’t the only sentient planet here.  They all are.  One of the disconnects in this system that I have become aware of is the difference between the traditional archetype of each planet, and what they really are as a sentient being.  In some cases, the two are similar, and in some cases, they are vastly different.  George Kavassilas talks about what our moon really is in his book “Our Universal Journey”.  It is a real eye opener.  When one is talking about the transits of the various planets in real time, and their effect on a person’s day to day life in combination with the natal chart, are they talking about the traditional archetypes of the planets, or who each planet is as a sentient being?  Do we want to interact with and be affected by a 4th dimensional pattern of energy, or have an intimate relationship with a kindred soul?

That brings me to the constellations that are the basis for each of the 12 signs.  I know that astrology is an ancient tradition, but how did they come up with those archetypes?  Here is an example.  During my last class at the Monroe Institute, I had the opportunity to do some work with the constellation of Orion.  From our viewpoint, we see Orion as a human figure wearing a belt with a sword hanging from it.  It is very 2 dimensional.  But from the side, it can be seen that some of the stars in this constellation are much farther away from planet Earth than we realize.  It is no longer a 2 dimensional figure, but a selection of stars that do not make up any particular shape that can be discerned.  During a journey to Orion, I found out that its focus of consciousness is in and around the nebula that makes up part of its sword.  This consciousness said that it does not relate at all to the stars that are further away, and that we say are in its constellation. This is probably true for all of the constellations that make up the signs of the zodiac.

So we are probably looking at a combination of organic and synthetic in astrology.  There may have been some basis in fact for the meanings of the planets and constellations, but there is also an artificial overlay that has tied all of this information into a non-organic form.

My point with all of this is that we need to start raising our awareness to be able to discern what is organic and what is a synthetic overlay, or matrix, in our lives.  The reason that natal charts seem to work is that there is a very strong possibility that we are all born into the matrix of astrology.  Whenever one is subject to a system that groups and categorizes people, it is not organic.  When people are grouped together like this and treated as a bunch, they are easier to control.  Just take a look at our history on this planet.  It is the same with the chakra system.  We are all born with this matrix programming, so healing modalities that work with chakras are effective.  As soon as we step out of this particular matrix, those modalities do not apply, and we increase our "freedom" quotient.

So how do we step out of this system?  As of yet, I have not gotten far enough with this to see if there is any kind of actual structure on any level of consciousness that can be removed.  I recommend that you journey to the soul of each planet and have a chat.  Find out what they are all about, and what kind of relationship you have to each other.  It could be soul to soul, or perhaps you have an aspect of self that is living on that planet right now.   There was once a large planet between Mars and Jupiter that blew up to create the asteroid belt.  Perhaps you have deep memories of what happened, or you may have been living on Mars at the time and witnessed that trauma.  Journey to the planet Venus, and ask her if she knows what astrological sign she happens to be in.  I guarantee, she won’t have a clue!