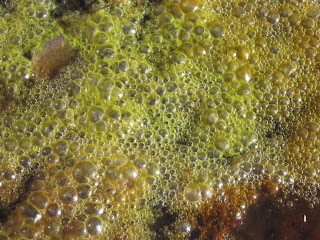 When we are talking about entanglements and attachments, the next level up from our one on one interactions is the participation in group dynamics.  A small sampling of groups that a person can be involved in includes your own family, various clubs or service organizations, educational institutions, religious groups, spiritual groups, financial institutions, corporations and governments.   Even “humanity” is a group.  The challenge is to maintain your autonomy and sovereignty within the group, which can be sometimes difficult at best.

When you join a group, you fall under the umbrella of the patterning for the group energy.  It is an energetic map that dictates how the people in the group interact to share energetic resources, where these resources come from, where they go and also how everyone in the group entangles to facilitate this flow of energy.  These resources can be financial or physical or even vital life force.  The patterning for the group is always created by a person, whether it is through an official document like a charter or contract, or through the personal patterning of the group leader.

No matter the size or purpose of a group, including a family group, they all have some elements in common.  Keep in mind that each person in the group will fall into their designated role according to their unconscious patterning and the energetic map of the group.  There is always a black sheep or the “bad one” that is the recipient of the negativity of others in the group, and the “golden child” who can do no wrong.  We have caretakers, know-it-alls, worker bees, teacher’s pets, slackers and go to people who can be depended on to fix any mess to name a few.  Does this sound like your family, perhaps????

I would like to use spiritual groups as an example, as this is where I have had the most experience.  Every such organization has a leader who is the person at the apex of an energetic pyramid structure.  Energetic resources flow up to this person from those below him or her in the pyramid.  Heavy or negative energy flows downwards in this arrangement, and much ends up with the designated black sheep.  There is no way to keep a balance here, with no equality amongst group members.

Why do people put up with this?  Most are unaware of the dynamics, as all of this takes place on the sub and unconscious levels.  We are hooked and hoodwinked according to the needs that we are looking to have met within the group.  Are we looking for a parental figure to make up for a mother or father who were not able to step up to the plate when we were young?  How about the warm fuzzy family we never had?  What about promises of financial prosperity, as is promoted by network marketing companies, whose business plans are also based on the energetic pyramid?   And unfortunately, what about the promise of attaining spiritual enlightenment if you just follow the leader.

Even when we do wake up and realize what is going on, most of us are OK with that as long as we perceive that we are getting our needs met and that the bad things are happening to someone else and not to us.  I had that experience with a spiritual group I was briefly involved with in the late 1990’s.  In a nutshell and in retrospect, the group leader was siphoning energy, soul memories and genetic information from her followers in the guise of creating an energetic map for the ascension of humanity.  Just recently, on behalf of a client, I tracked where this information was going.  The final recipient was an extraterrestrial race living off planet.  The group leader was the middleman for this transaction. Whether she knew it or not, I do not know.

To add insult to injury, when the follower was drained, the leader cooked up an excuse to throw them out of the group.  The remaining followers were instructed to dump all of their negativity, ill will, shame and blame on the ejected member.  In the short time that I was in this group, I saw this happen many times, and was unfortunately OK with it until it happened to me!  The result for me was that I became extremely ill and depleted, and took quite a long time to recover, in addition to loosing several close friends who were still in the group.  Sounds like a cult, doesn’t it?  The positive result is that I embarked on my shamans path shortly afterwards, which has led me to where I am right now.

Even though this is an extreme example, goofiness like this happens in all groups to some extent.  The solution is for you to keep your awareness levels sharp, and be willing to do some deep inner reflection as to why you are looking to a group to fill in your missing pieces or fulfill a need.  If you do engage with a group, do it with your eyes wide open.

Fortunately, many people now know that to evolve spiritually, we do not need a spiritual leader or a guru to be the intermediary between our divine eternal essence and ourselves.  My hope is that we will soon see groups of spiritually self empowered people gathering together to work on behalf of our Earth Mother and humanity.