The Energy of Lava 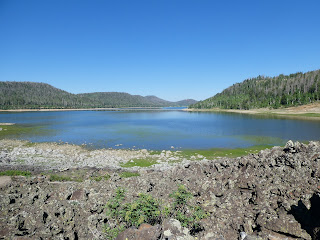 I just love the energy of lava.  For me, connecting with this energy is the best way to merge with the hot and transformational energy of the core of the Earth Mother.  I remember a spiritual gathering that I went to on the Big Island of Hawaii in the mid 90’s.  If any of you have been there, you know that this island is almost totally covered with black lava fields, and also has active volcanoes.  During some of the energetic clearing exercises, I visualized jumping right into the volcano so that all of the energetic toxins that I had in my energy field would get combusted.  Each time I did that, I was tingling all over for several hours afterwards.  In the shamanic traditions, we can send our houcha, or heavy energy, into the center of the earth to be eaten up by the Mother.  That is her service to all of us.

Last week, I had the opportunity to hike in 2 different lava fields.  Just east of Cedar City is the Markagunt Plateau, which is a huge volcanic area on the western edge of the Colorado Plateau.  Here, there are cinder cones and fairly new lava fields.  My hike a week ago took me to Navajo Lake, which is at about 9000 feet in elevation.  The eastern edge of the lake is blocked off by a lava field, and the only way for the water to drain out is to soak into the ground and come out at a spring, and then Cascade Falls, which I wrote about in a previous post.  To get onto the trail that goes around the lake from the parking lot, one must walk through this lava, which was deposited about 10,000 years ago, so it is fairly new. 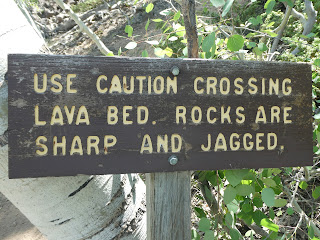 I walked slowly here, in addition to laying my hands on some of the stones, so as to soak up the energy. 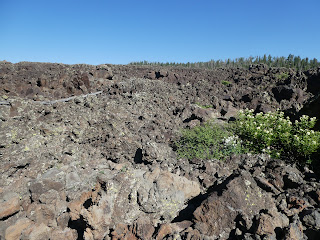 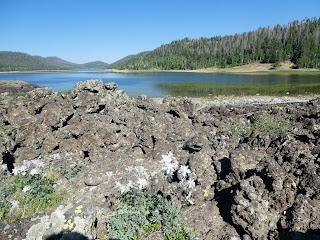 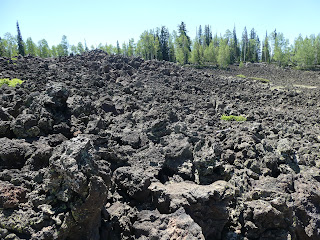 My suggestion is that if you can visit a lava field or get your hands on some basalt, that you touch or hold that stone and commune with it. Connect with the heart of the Mother. Feel that warm embrace and be comforted.

A few days after that, I drove up to the top of Brian Head mountain, at an elevation of 11,300 feet.  This is the highest point in Iron County.  Here, there is a different kind of volcanic formation called tuff.  It was deposited as ash from volcanic eruptions about 60 miles to the west, and is at least 30 million years old.  It is a pinkish tan in color, and fairly grainy.  It does not hold the same kind of fiery energy as the other lava, but is tremendously grounding nevertheless.  This was only my second trip up to the top since moving to Utah, as the snow had just recently melted on the road. 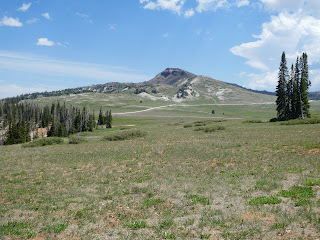 This lovely stone building at the top was built by the Civilian Conservation Corps around 1935. 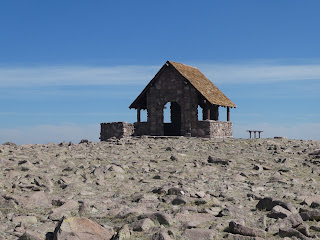 You can see the orange rock formations of Cedar Breaks National Monument in the distance. 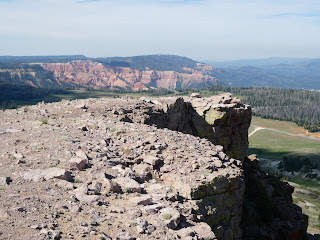 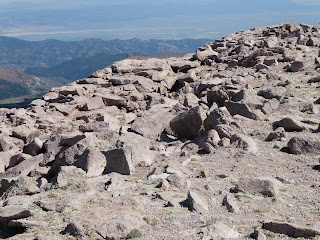 How amazing it is to be able to stand on rocks that are millions of years old, and also enjoy a 360 degree view from the top of the mountain.