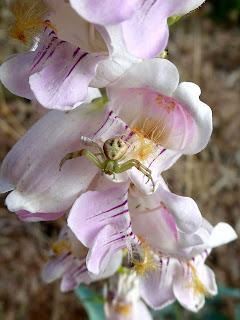 In general, I am doing quite well with my remote viewing training.  As I have mentioned before, with Paul Smith’s method, all targets are blind.  This means that the viewer has no idea as to what the target is.  In spite of that, by the end of the session, the viewer can sometimes make an educated guess as to what the target is, based on the information that was gathered in the session.

Seems simple, right?  If one can maintain the connection with the source of the target’s information, the matrix, and allow that information to flow through the subconscious mind to be expressed as descriptive words and sketches, it is simple.  The problem occurs when the left brain, our rational mind, tries to take control of the process.  In CRV terms, this can result in Analytical Overlay, a creation of something that may not describe the target at all.

Our rational mind always want to be in charge, and thinks that it knows what is right.  Unfortunately, if this kind of interference happens during a CRV session, it can ruin the whole thing by pointing the viewer in the wrong direction, thus producing an inaccurate result.  I have had a few occasions where this has happened.  I will be progressing in a good way describing the target, when a voice in my head pops up with “That can’t be it!  You’re wrong.  It has to be this instead!”   I immediately change course and begin describing something that is not the target, driven by my left brain rational mind. Turns out, in the few cases where I have been diverted in this way, I was right on target before this happened.

So this is the dilemma that I have been mulling over the past few days.  What is the origin of this strong directive that tells me that I am doing it all wrong, and that I need to change over to the “right” way?  When I track back in time to the origins of this, I end up in early childhood, and my mother!!!  Oh mama once again!  Always, our earliest issues stem from interactions with our own mothers, and can take years upon years to resolve.  The issues of these early years also take place in our pre-verbal developmental stage, and get dumped right into our subconscious without being processed, only to keep resurfacing again and again.

According to my mother, I was potty trained, walking and talking in full sentences by the age of one.  Imagine the amount of overwhelming direction and correction I endured during that first year of life.  In addition to the threats of who knows what if I did not comply.  What can also happen is that the external voice that we hear in a not so nice way when we are children becomes internalized into our own inner voice as we get older. We become our own inner abusers, with a myriad of negative self critical thoughts popping in regularly, especially if a part of ourselves judges us to be wrong or bad.

So now that I know where the “you’re wrong, do it this way.” voice originates, how do I correct this?  It has been so deeply ingrained and automatic.  The first and most important step is to recognize when this happens, stop right there, and nip it in the bud.  I can no longer go along assuming that this voice is actually correct.  The goal is to bring it to consciousness, gently embrace and reassure it, and then proceed forward without diverting my process.  Of course, the other aspect to consider is that there is a wounded Inner Child at play here, too.  That would involve a whole other process as I have detailed in my book and Rise Multiversity workshops.

I always say that the defining and realizing the nature of the issue is about 85% of the resolution.  Now that I have more insight and have brought the issue to consciousness, I look forward to seeing how this will play out in the future of my CRV studies.