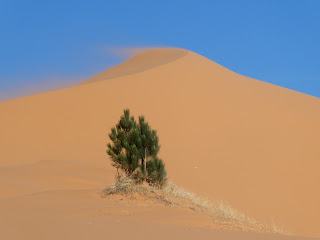 The morning after spending the night in a really nice hotel in Kanab, I set out early to hike at the Coral Pink Sand Dunes State Park on the way home.  This park had been closed to out of county residents for a few weeks, and had just reopened for anyone.  It was going to be a hot day, and of course, there is no shade on the dunes, and it turned out to be fairly windy as well.

What is it about sand dunes that fascinate me?  Sand is composed of silicon dioxide, which is quartz.  Quartz is naturally very energized.  In this location, the sand is coral pink because of the iron in the surrounding sandstone.

This was my third trip to the dunes over the years.  I normally hike up the tallest dune at the beginning, but because of the razor sharp edge and the wind, I only made it part of the way up.  I was being sand blasted and thought I was going to fall right over!  Above and below are photos of the big dune, where you can see the sand blowing over the top of it. 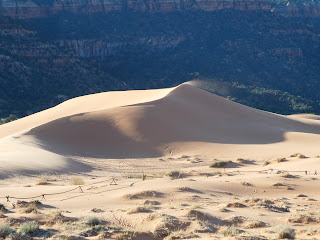 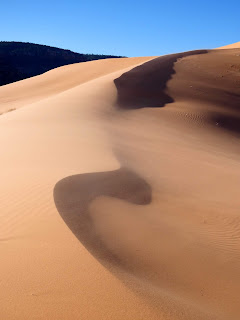 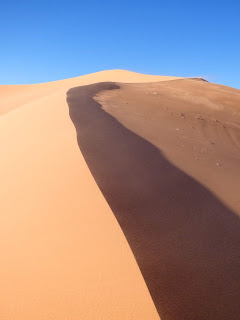 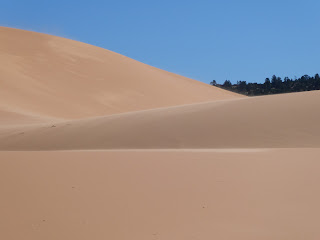 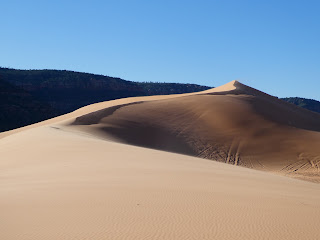 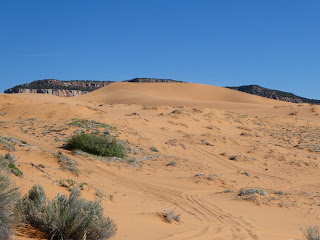 Here is a ponderosa pine that started growing in 1812, according to the sign in front of it. 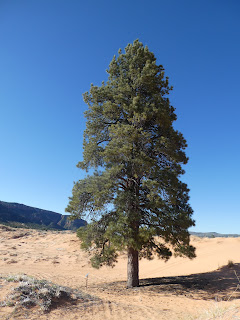 Beautiful flowers blooming on the dunes. 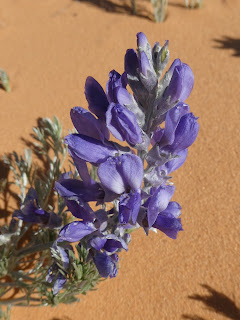 My final shot before heading home after a nice trip out of town. 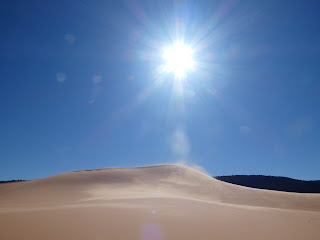