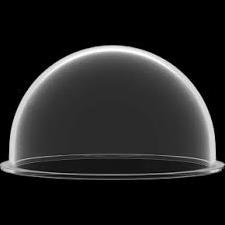 I had an interesting occurrence last night that I’d like to share.  First, I’d like to start by explaining that I haven’t been posting much lately due to a very busy schedule.  I have been doing some extra on-line Controlled Remote Viewing training with Coleen Marenich who lives in Canada.  That has been intense to say the least!  This past weekend was our annual birding festival here in Cortez, which I attended.  On top of which, because of all of the moisture we have been having this year, the wildflowers have been going crazy, and I have been out photographing them.  Needless to say, I have been a bit fried with all of the goings on here.

So last night, I was pretty tired when I went to bed.  For all of us, there is an in between time between waking and sleeping in the morning and evening which is when the veils between the conscious and unconscious realms are the thinnest.  It is at these times that we can become more aware of what is going on in the non-physical realms if we pay attention.  These are very fleeting observations that may only last less than a second.  They are also harder to recall later.

I was watching a TV show right before bed that involved a big ambulance crash in its final scene.  Several people were killed, but that is also a cliff hanger that will have to wait for the next season to start back up in the fall.  I was a bit preoccupied with all of that when I went to bed.  As I lay there on my back, I started to detect a clear dome forming above my heart and chest area, and connecting down to the bed.  That was something new.  It was expanding much like a balloon as it formed.  I was fascinated.

The interesting thing about this was the feelings I had as this was happening.  It felt so very nice and comforting, even ecstatic, and there was also the sensation of being pulled out of my body into the dome.  I remember hearing the words “This is what it will feel like when you die.”  Whoa!!  That is when I returned to waking consciousness, and probably why I remembered the incident clearly.

Now, this wasn’t an out of body event, as those are usually accompanied by loud sounds, a loud pop as the astral body disconnects, and often feelings of fear or apprehension.  Last night, there were none of those.  The whole thing felt so comfortable and reassuring.

Needless to say, I stayed awake for a bit pondering this experience.  Was it caused by watching the TV show with the crash so close to bed time?  Was it a portent of my coming demise?  Was it a message from my Higher Self?  Was I being shown still another step in the preparation for leaving this planet and lifetime for good in the future?  Under the right circumstances, I probably would have happily allowed myself to be pulled out of my body and into the dome.  If this is how our final moments will be, there is nothing to fear, as dying is certainly much easier than being born into this physical world.  There is also the matter of some type of ET interference that may have been going on, but I have never been bothered by that in the past, so I dismissed the idea.

Today, I am still feeling the effects of that event, and that I have been changed somehow.  Who knows what related activity may have gone on later overnight when I was dead asleep.  More may be revealed in the future.
Posted by Carla Fox at 10:09 AM