The Matrix and the Signal Line 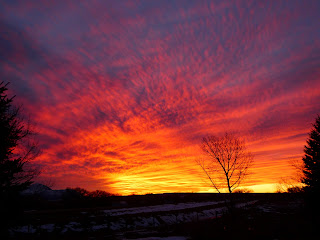 This past weekend, I completed my Intermediate level class in CRV, Controlled Remote Viewing.  In short, CRV is a process by which the viewer goes through a very structured protocol to gather information about a specific target.  The target is always hidden from the viewer, so this is very much like putting together a very large puzzle without the master picture to look at as a reference.

So where does the viewer go to get the requested information?  There are many names for this location, but we can call it Source, the matrix, or perhaps even the Akashic records.  The viewer then connects with what is called the signal line that comes from the matrix.  This signal line creates the location, person and surroundings that are being viewed.  The ultimate goal is to grab onto this information, which comes through one’s subconscious nature, and bring that information to consciousness.

A week ago on Sunday, we had our monthly launch here, and I alluded in my last post that I took a second journey that I would write about later.  Well, here it is.  My second journey involved investigating the matrix and the signal lines that emanate from that matrix.  Keep in mind that what I am describing is my impression of this process, and I am translating the energy of the journey into words.

The matrix looks like a field of bits of information that appear to be minute particles.   Streaming from this matrix are what are called in CRV jargon, the signal lines.  They look like an infinite flow of tiny thread like streams of energy with tiny squares at the ends.  These squares are freeze frames or snap shots that create the target that the remote viewer would be describing.

So now I saw a representation of how the matrix creates our reality.  At this point, I started manipulating the speed at which the signal lines were delivering the information into the physical world.  As this process sped up, the signal lines became less distinct and merged together.  The creation of our reality became one seamless flow, and I was no longer able to perceive the various squares or snapshots that could be seen when the action was slowed down to a snail’s pace.  To see that, I slowed down the flow from the matrix once again.

I then traveled up through the matrix and beyond, as I am always curious to find out where the patterns for our reality come from.  I have experienced this before, where several layers of ET controllers led to only one very large being.  So that begs the question of what truly creates this reality.  At about that time, I was called back from my journey so I didn’t investigate further.