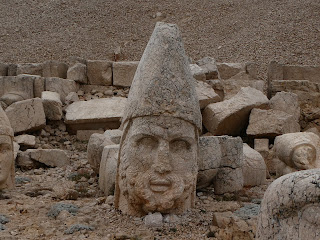 Having finished with the Sanliurfa area and Göbekli Tepe, we traveled towards Adiyaman for our last day in Turkey.  We were still very close to the border with Syria, too.  I couldn’t help but wonder if northern Syria was also replete with interesting ancient sites and ruins like those that we had seen in SE Turkey, and in a few days, would be seeing in Lebanon.

Our route took us along the Euphrates River and past the Atatürk dam and power plant.  Sadly, the building of this dam flooded many ancient sites.  The main enclosure of Nevali Cori was actually moved to the Sanliurfa Museum and reconstructed before the flooding could destroy it. 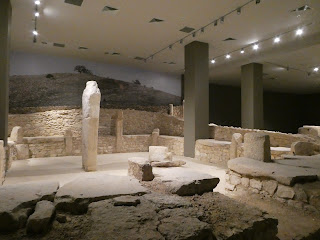 We were in a high security area, so there were several police check points to go through.  Lunch was a delightful and relaxing affair in a restaurant overlooking the reservoir that was created by the dam.

At some point, we again switched to two minivans, and after crossing an ancient Roman bridge, 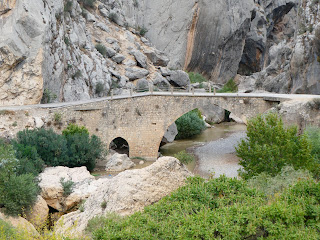 the drive up to the top of Mount Nemrut started in earnest.  This was to be our final activity in Turkey.  The top of this mountain is at 6500 feet in elevation.  On the top are the remains of the monuments that Antiochus I built before his death as a memorial to himself.  The gods Tyche, Zeus, Apollo, and Heracles are featured as well as lions and eagles.

The big deal here is to be on the top at sunset to view the west terrace, or at sunrise for the east terrace.  Unfortunately, the mountain was getting more and more socked in with a drizzly fog so that by the time we arrived, the visibility was very poor. 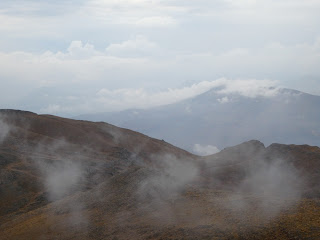 In spite of that, it was also very crowded with tourists.

The remaining climb to the top was a 750 foot elevation gain on nice stone walkways and steps, 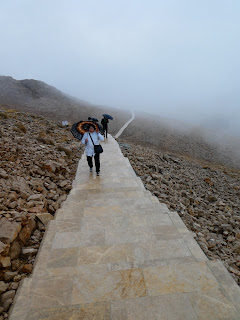 then wooden walkways, and on the way back down, a pretty rough and slippery stone path with steep steps. Several of the ladies in our group took a mule up to the top because of their physical limitations, and one took the mule both ways.  That was a sight to see for sure!

Here are my photos. 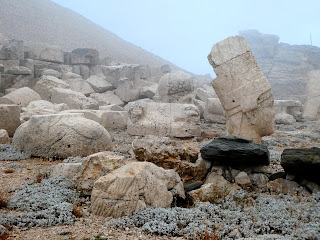 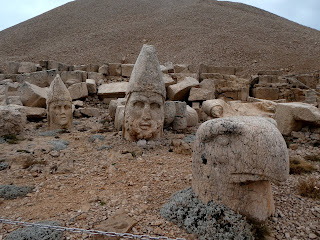 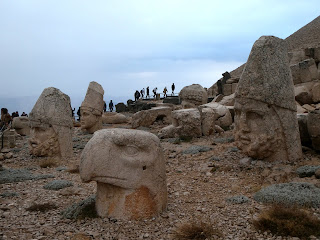 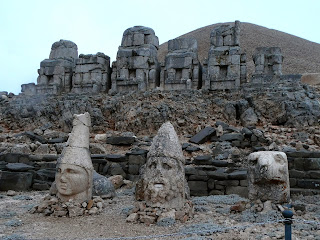 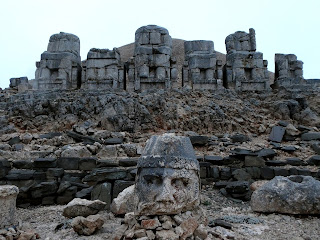 The drizzle cleared up a bit momentarily at the top, and then we were socked in again making the hike down on the rougher rocky path somewhat slow and potentially dangerous.  Note that most photos of this site that can be found on the internet show the remains of the statues in the warm glow of the rising or setting sun.  The views are supposed to be spectacular.  My experience here was a testament to my persistence and endurance.  That is how I will remember it!
Posted by Carla Fox at 6:23 AM