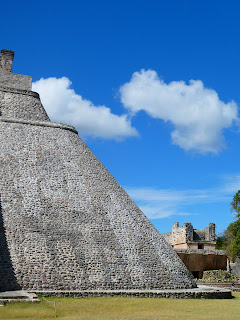 What can I say about Uxmal?  Huge, ornate, and impressive.  Wow!!!  This is a late Mayan site, as are most of the sites on the Yucatan Peninsula.  The entrance pathway takes you up to a very large pyramid with rounded corners. 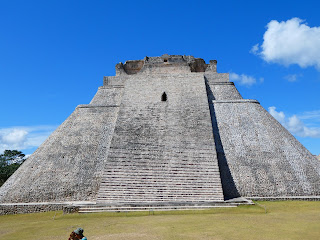 On the front and back of this pyramid are stairways leading to some structures on the top. 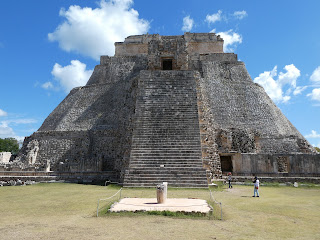 The whole complex was built of limestone blocks, many of which have been intricately carved.  The detail work is everywhere. 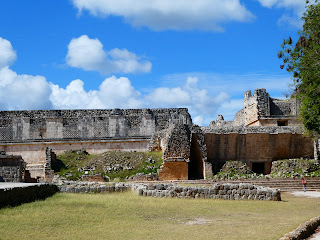 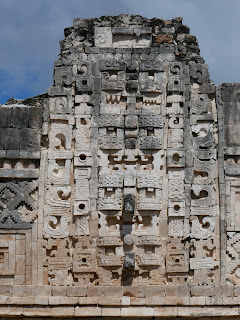 After visiting the courtyard on the back side of the pyramid, we went over to another much larger raised courtyard named the “Quadrangle of the Nuns”.  As is usually found, all of these courtyards are bordered by buildings or structures on all 4 sides. 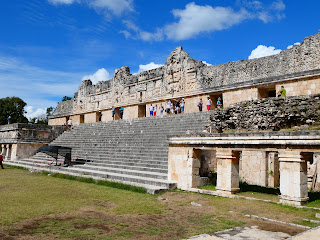 What I found very interesting here was a series of carved panels that extended along the whole left side of the courtyard. 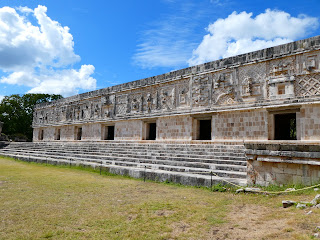 On the far right panel of this series could be seen the head of the feathered serpent, Kukulkan, with a serpent tail dangling above it. 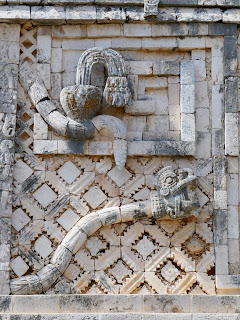 The next stop was the ball court. 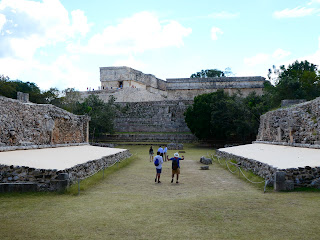 Most Mayan sites had these.   Lined up on both sides at the bottom of the walls were carved serpent segments. 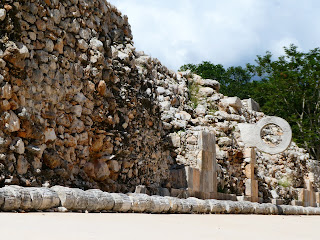 The only hint as to their original location was the tip of the serpent tail dangling from one of the walls.  Clearly the serpent segments had fallen off of the wall. 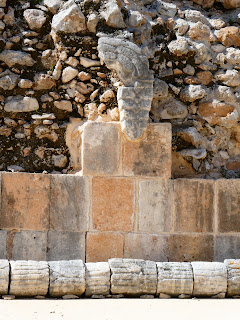 The energy of Kukulkan, or Quetzalcoatl must have had something to do with the ball courts, as this motif is seen in most of the locations.

The Governor’s Palace was just past the ball court. 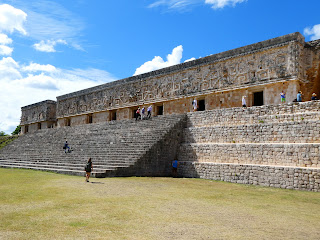 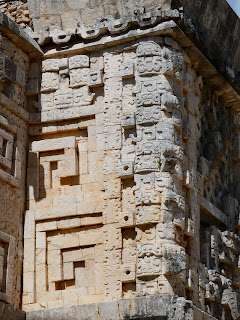 Out in front of this imposing building were 2 extremely important “shamanic” stone features.  The first was the double headed jaguar stone seat.  What a symbol of power!  This is where the king sat during important ceremonies. 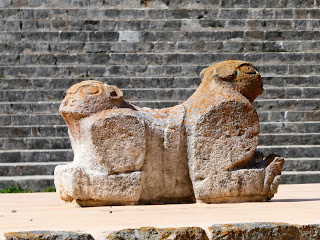 The second was called the Pillory Shrine.  It clearly had tipped over at some point.  Originally, via a sacred ceremony, this cone shaped monolith was anchored, or planted, point down into the earth to symbolize the king’s divine right to be fertile and fecund on the land, in other words, representing the phallic symbol being united with the earth mother’s body.  It was originally stuccoed and painted, and also represented the “axis mundi”, the center pole of the world.  It was believed to have been placed at the time that the palace construction was started. (If you look at the above photo of the back of the pyramid, you can see a similar monolith anchored there) 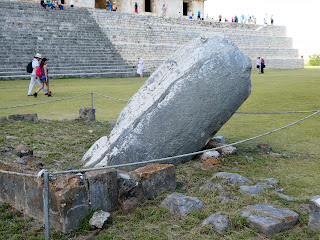 The views from the Governor’s Palace took in the whole site. 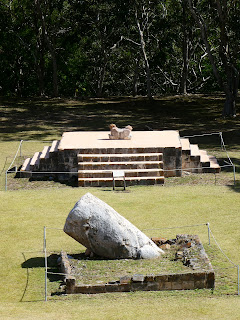 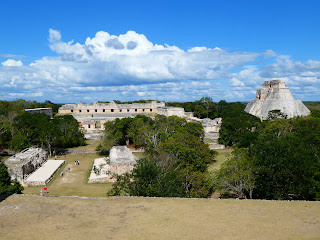 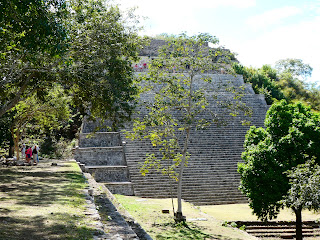 When I tuned into the energy here, this is what I got.  Uxmal was a conspicuous display or wealth, artistry, and power.  It clearly said “Look at me!  I am the biggest and the best.  I can beat you at anything, and will always come out on top. Do not challenge me!”  This whole site was designed to intimidate through egocentric male power.  I also detected a distinct separation between the elite and the commoners.

This site was fairly crowded, but as the afternoon wore on, it became less so. 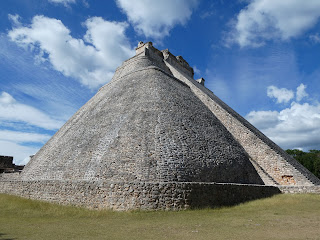 Then on to Merida for 2 nights.