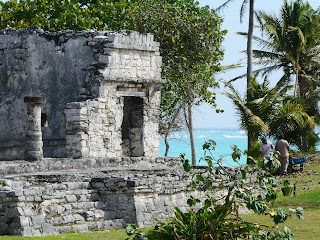 At last, here we are on our final day of this action packed trip.  This morning, we departed for the Mayan site of Tulum, which is just down the coast from Cancun.  This was another crowded location, again because of its proximity to all of the resorts in and near Cancun.

Tulum was one of the last cities built and inhabited by the Mayans.  It is situated on the coast and served as a port for the inland city of Coba.  It is a fairly small walled site, with the main feature being the Temple El Castillo which is perched on a bluff overlooking the water. 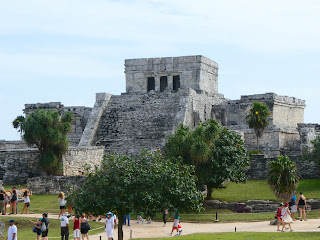 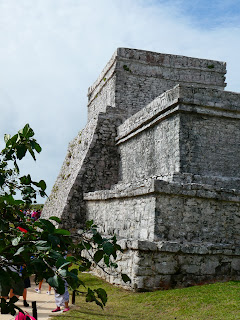 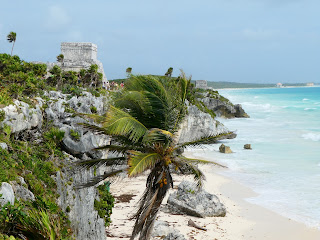 This city reached its peak between 1200 and 1400, and they even survived 70 years after the Spanish arrived until the old world diseases took their toll.

Here is the Temple of the Wind God with several small altars in front. 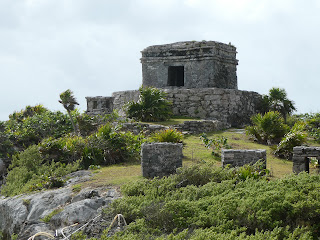 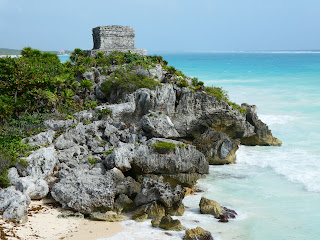 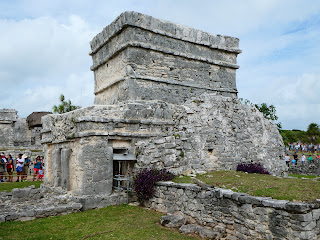 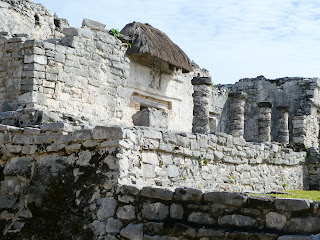 Look at the crowds! 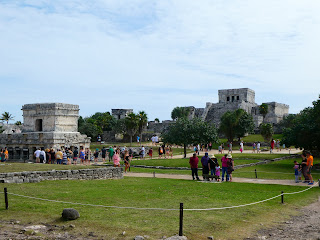 I found the energy here to be quite refreshing and serene, carefree and easy.  Because of the ocean breezes, the air was clear and refreshing.  It felt like a wonderful vacation spot or retreat for the people farther inland.  Most importantly, I definitely felt that I had been there before, as all was very familiar.  What if I was that astronomer from Chichen Itza?  What would I be doing here?  As Venus was a very important “star” to all of the ancient people of the Americas, what better place to observe it rising than looking east across the water to the horizon!  I could almost imagine myself sitting on top of one of the tall buildings in the early morning hours waiting for Venus to rise.

After a dinner with most everyone that evening, we said our goodbyes.  I have to say that the elevated energy of the places we visited stayed with me for several weeks after returning home.  It reminded me of the after effects of my travels to Peru and all of the sacred sites there.  Many thanks to you all for sharing in my Mexican odyssey!

Goodbye from one of the local iguanas. 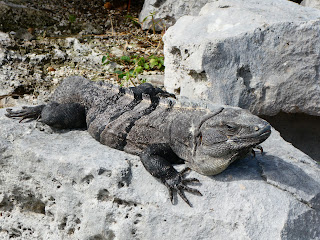