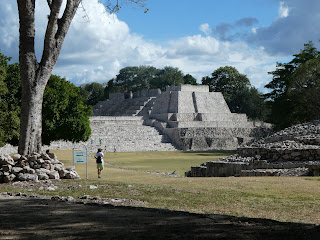 The morning after leaving the lovely Palenque and our short break from traveling, we headed to the Mayan site of Edzna.  I had never heard of this place before, and we all were in for a pleasant surprise.

This site consists of structures made of limestone blocks.  Everything seemed to be glowing white, especially against the backdrop of the bright green of the lawns and the forest, and the bright blue sky.  Here, there were several courtyards of various sizes with buildings or other structures on all 4 sides aligned with the cardinal directions.  The largest courtyard was a raised affair with an imposing pyramidal structure on one side, and an altar in the center. 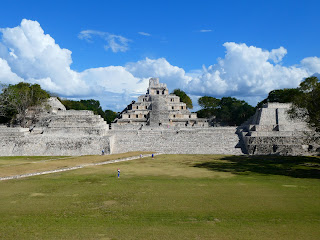 This site had been abandoned by around 1000 AD, so no one was here when the Spanish arrived. 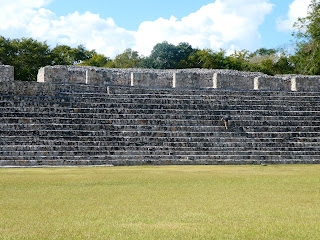 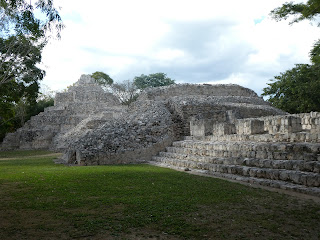 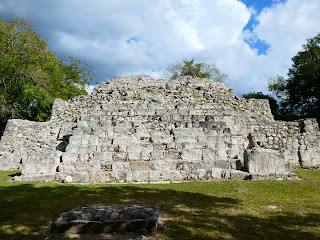 An interesting piece of information about this site is that the people who lived there were the first in the area to invent cisterns for the storage of water.  These were located under the floors of the buildings. Even though we were in a very green area, they had to develop this technology to survive, since I am assuming that any rain that fell was quickly absorbed into the limestone bedrock.

There were very few people here, and the energy was so sublime, I felt that this was a place where one could linger for a few days.  Because of that, it was much easier to gather the information on this site.  Here is what I got.  The general energy here was very soft, sweet, childlike and innocent.  Also very serene and relaxing.  This place did not seem to have any dramatic ups and downs in its history, just an even flow through time and then the sudden drop off when it was abandoned.

The energy of water was very prominent.  Frog and rainbow showed up.  For whatever reason, I had the feeling that the plaza with the large building on one end was occasionally flooded for ceremonies so as to mirror the heavens.  The priest would stand on the center altar and call in the forces of nature, probably the rain deities. 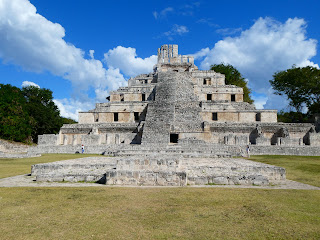 On the day we were there, because of the angle of the sun, the edges of some of the buildings looked like lightning bolts leading right down into the big courtyard. 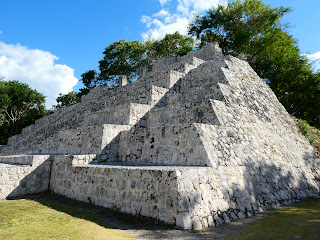 If one could see and interpret all of the friezes, this water theme might be prominent. 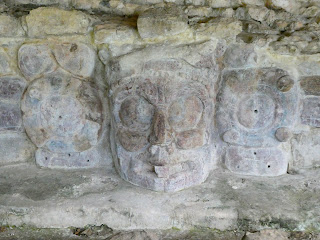 After visiting this amazing site, we were off to the lovely seaside city of Campeche for an overnight stay. 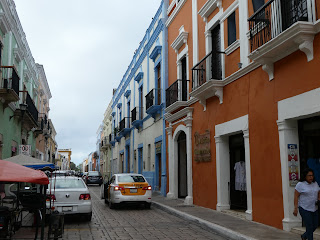