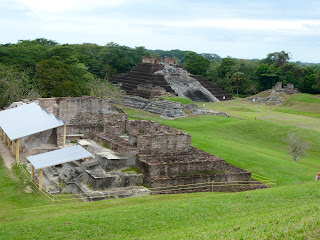 On January 20th, our group visited the very unique Mayan site of Comalcalco, which is located in the state of Tabasco, not far from the Gulf of Mexico.  It is unique because it is the only site where the buildings were constructed of handmade bricks instead of the usual carved limestone blocks. 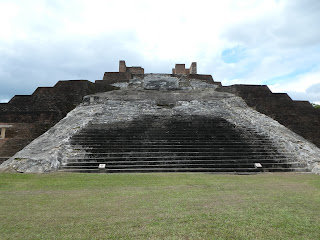 The mortar was made of ground up calcified seashells, and stucco was used to create all of the decorations. 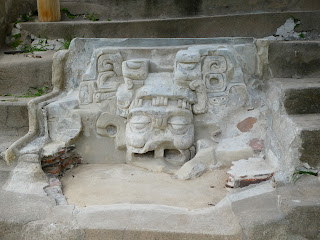 The original structures were constructed of hard packed dirt covered with lime, some of which can still be seen. 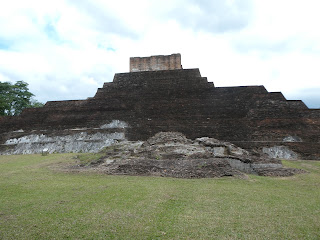 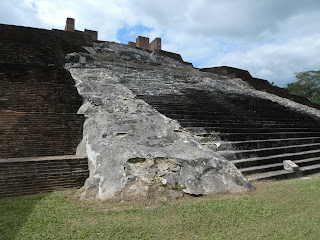 I have to say that the brick walls were very geometrically pleasing to the eye. 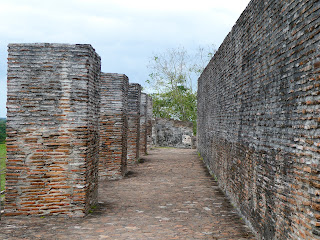 At ground level, some of the structures even had an undulating appearance. 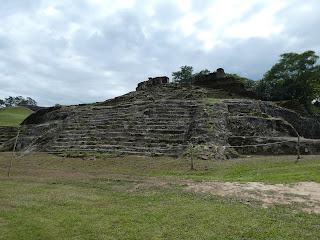 So this is what I tracked there.  I immediately felt a sense of a lot of activity!  This was a very busy place.  It’s as if the building and repairing of the structures went on constantly.  I can imagine that at least in the early years, the compacted earth covered with lime needed a lot of upkeep.  Consider the making of all of those thousands of bricks.  That must have been more labor intensive than quarrying limestone.  The feeling of low grade exhaustion was all around.  I am not sure I could call the workers slaves, but they may have been treated as such.

I sensed very little connection between the elite and the commoners, and the ceremonies that they participated in had an almost mechanical and perfunctory energy.  I certainly did not feel the warm connection to the forces of nature that I felt at La Venta.
Posted by Carla Fox at 7:26 PM