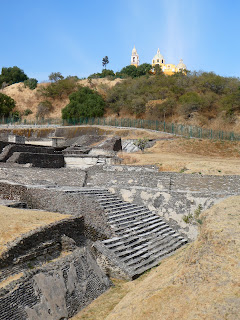 Upon leaving Mexico City, we drove to the lovely and colorful city of Puebla where the pyramid complex of Cholula is located.  By some accounts, this ancient pyramid is the largest in the Americas, and perhaps the world.  It was built in layers, as most pyramids in Mesoamerica were, and is completely covered by foliage.  It is surrounded by an extensive area of excavated ruins, and has a 16th century Catholic Church on the very top.

Because of a drop in population, the pyramid was abandoned in the 8th century, even though the people of the time continued to use the structures below for ceremonies.  So by the time the Spanish arrived much later, the pyramid just looked like a big hill, and was the perfect place to build a church.  As we have commonly found on this trip, this pyramid is one of the tallest formations in the area, and has one heck of a powerful vortex in it, too.

First, our group went through the tunnels that had been excavated from one side of the pyramid to the other at the base, to see all of the old foundations, hallways and stairways that were uncovered. 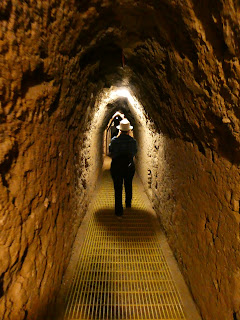 After that, we walked around the grounds viewing the excavated temples and courtyards. 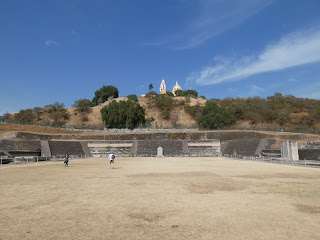 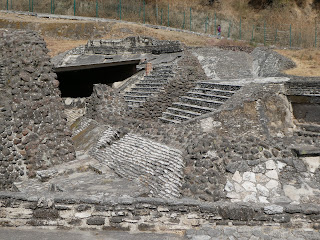 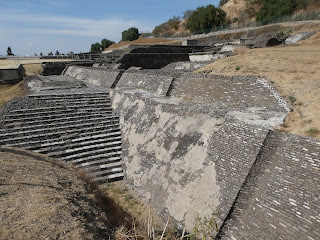 At 4:30 PM, the gates were opened for everyone to hike up to the beautiful little guilt, yellow and white church at the top of the pyramid.  From there, we had excellent 360° views of the city of Puebla in addition to the well known volcano called Popocatepetl. 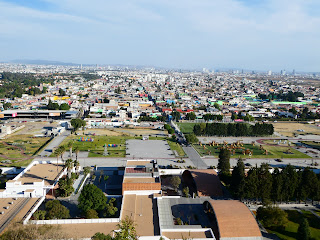 Looked like Mount Fuji to me!  The last time Popo erupted was just in September of 2017, after a strong earthquake struck Mexico City.  Since it was pretty hazy when we were there, I snagged a photo of the church and mount Popo off of the internet. 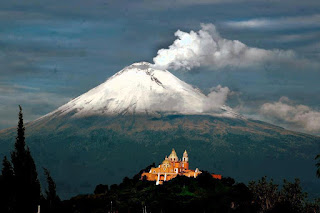 Upon entering the church, I could feel the elevated energy there.  The vortex felt like it was coming up from underground and shooting up into the sky.  It might be my imagination, but in the photo at the top of this post, it looks like a pillar of light is streaming up from the church! 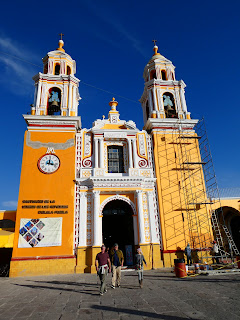 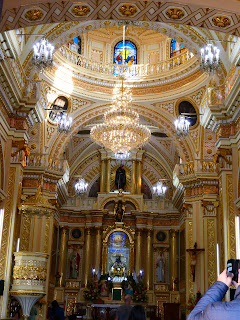 This is why I love traveling to high energy and sacred sites.  One just needs to sit in that energy to experience an energetic shift for the positive.

Upon coming down from the church and the top of the pyramid, we were treated to the sight of the tourist police in their cowboy hats, and the mounted police officer on his horse! 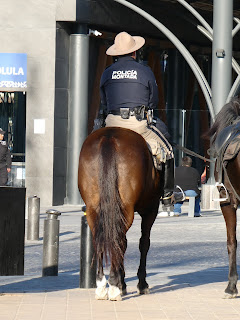 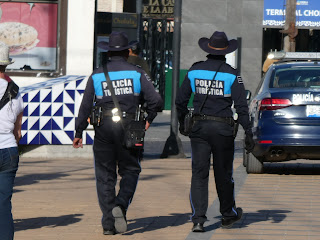